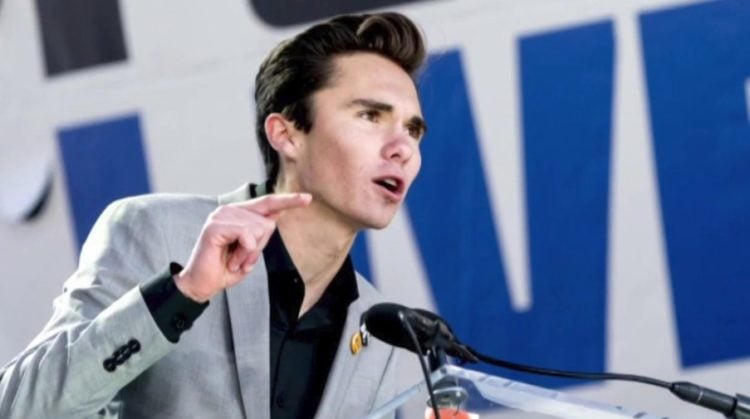 If you have been watching or listening to the news at all lately, it’s hard to turn on your TV or get on the internet without seeing something about David Hogg. The outspoken teen has been consuming the airways lately, and clogging social media with his controversial movement to eradicate the second amendment and get rid of guns. He is one of the most popular names related to the recent Florida high school shooting tragedy, and he is on a mission to make changes that he believes will help to protect students. Hogg. Parkland, Florida High School, Marjory Stoneman Douglas High School lost seventeen students in the shooting, and in the aftermath, students began to rise up against gun violence, starting a mass movement, which they called, March For Our Lives, lead by David Hogg, a seventeen year old senior. He has appeared on a number of talk shows and news broadcasts, speaking out against gun violence. You probably recognize the name and face, but here are ten things you didn’t know about David Hogg.

Hogg is a student of journalist for his high school and Teenlink reporter for Sun Sentinel. He’s expected to graduate in the spring of 2018, and already learning to cover some pretty heavy material. He says that when he heard gun fire, he was one of several students ushered to a closet to hide out, but while in the dark room, decided he wanted to capture some of the story on his own, so he pulled out his phone and began interviewing fellow students about how they felt. He believes it’s just the journalist in him that made him act on that instinct.

2. One of the movement starters

March For Our Lives held one of the largest protests in the history of the United States on March 42th. There were hundreds of thousands of students, families and teachers that marched and protested the end of gun violence in our country, gave speeches, and spent hours begging our lawmakers to change the gun laws so that the kids in America would not longer have to fear going to school and worrying about being killed. Hogg was one who got up to give a speech in Washington, DC, and his speech was said to be very moving.

3. His father retired from the FBI

Controversy has swarmed Hogg as it was revealed that his father is a retired FBI agent. Hogg is very protective of his father and has been seen in interviews talking about how hard his father has always worked to support the family, and has outright shown his dislike for the public being so hateful toward his father. He says that up until this situation, he had never heard a bad word being said about his father until the right-wing websites popped up. Although many people believe Hogg’s father’s position in the FBI has played a role in how Hogg has dove into the spotlight, he denies this accusation, saying his father being a retired FBI agent has nothing to do with how he feels about Trump or the laws. He says that it is wrong for Trump to blame the FBI for what has happened, and denies accusations that he was coached by his father on what to say about President Trump.

4. He was accused of being a “paid crisis actor”

Hogg has been accused of being a crisis actor, paid to act like he was a part of the shooting situation, especially because he was found to have appeared in California and in Florida. But Hogg has an answer to why he was in California, stating he grew up there prior to moving to Florida so  he often goes back for visits, which he did in August of this past year. When further digging was done it was found that Hogg often posted about his life at Stoneman Douglas High well before the shooting ever took place, proving he was a student there, and therefore, not paid to act as though he was just a part of the crisis.

5. Has lived in Florida since his Freshman year

Hogg and his family have lived in Florida several years. He was a freshman when they moved from California to Florida and in an article he’d written on Reddit, he talked about the move the family made, how having to move in the middle of his Freshman year was hard and in the article he talked about the people in the high school, describing them as not be authentic. A lot of kids who transition to another school in the middle of a high school year will often feel that way.

6. Has been at war with a top news commentator

During all the publicity Hogg has received over the past many weeks, his name has gotten a lot of attention with big news commentators, and not everyone is thrilled about Hogg or Hogg’s message. One news commentator, Laura Ingraham got word that Hogg was having a bit of trouble with getting into schools he had applied for. She shot out a negative tweet regarding his latest bit of news, and here it is: “David Hogg Rejected By Four Colleges To Which He Applied and whines about it. (Dinged by UCLA with a 4.1 GPA…totally predictable given acceptance rates.)” Due to the negative responses Laura’s tweet got from Hogg supporters, Hogg turned to asking her sponsor’s to pull their ads from her show, The Ingraham Angle, or their businesses would be boycotted. It wasn’t long before many sponsor’s did and now there is an ongoing war with Ingraham supporters, saying they will boycott these businesses.

7. Trying to get spring breakers to boycott his home state of Florida

In another move to try to get gun laws changed, being that Florida is Hogg’s home state these days, he started pushing kids to boycott Florida as their spring break destination point in an effort to get Florida to be a part of the change in the legislation for gun change, to prevent gun violence. He was urging spring break goers to forgo Florida until the gun violence law passed.

8. Huge admirer of his father and his job

Hogg says that he owes his ability to stay composed during the shooting, all to his father who taught David perseverance and composure. He is a huge admirer of his dad and says that his father (and mother) struggled so hard when they were young to put themselves through school, that his dad worked extra hard to save a lot of money to send him to college when he was ready. That means a lot to David. He says his father is one of the most hard working people he knows and he is blessed to have him as a father and a financial support for his education.

According to Hogg, he says that he is actually a supporter of the Second Amendment, despite what others may think. His belief is this: “We’re calling out the NRA a lot and 99.9 percent of the people that are in the NRA are responsible, safe gun owners and I respect them for that, joining an organization that wants to support safe gun ownership is excellent.” Hogg told Fox News that he is all for reasonable gun control, but with regulations that prohibit mentally ill people from obtaining them. He also believes that the federal age of gun ownership should be raised to the age of 21, as well as “banning all bump stocks; making sure that we have universal background checks; making sure that people that have committed acts of domestic violence are no longer able to get a gun, which in Florida, it’s harder, it’s just not impossible, fully, yet; and making sure that people with a criminal history and a history of mental illness are not able to obtain these weapons of mass destruction.”

Hogg is known to have a high GPA, with a score of 4.2, and an SAT score of 1270, which is also very respectable, both of which would be a great score to get into just about any college, however, amidst all this tumultuous gun violence movement and protesting currently taking place, several Universities Hogg applied for have turned him down. The known Universities to give Hogg a decline on his application, include, the following four University of California campuses – UCLA, UCSD, UCSB and UC Irvine. He has said that he didn’t know what he was going to do at this point, but he’d figure out something.

Former frontman for the bands Survivor and Cobra, Jimi Jamison,…

Justin Bieber has been arrested for allegedly drag racing in…

That Jenny McCarthy sure is a firecracker, huh? As much…

Man, it’s been a tough couple months for Miley Cyrus,…

David Beckham announced his soccer retirement on Thursday marking one… 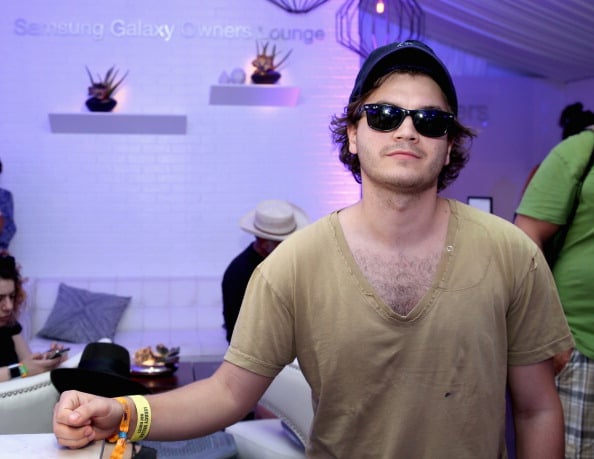 If you’ve seen the movie The Way, Way Back you…