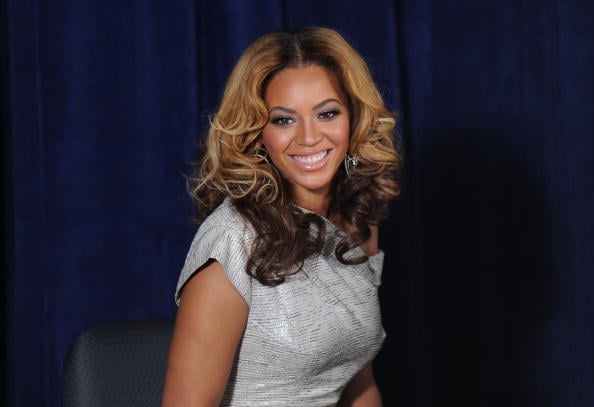 Beyonce is an American singer and actress with an estimated net worth of $450 million. Born on September 4, 1981 in Houston, Texas to Tina and Matthew Knowles, she’s been a famous singer since 1997 when her band, Destiny’s Child, hit it big. As a child, Beyonce loved to perform, as did her younger sister, Solange. The two would sing around the house, and Beyonce loved to perform. In fact, her parents were so convinced that she was a superstar that they began managing her career as a child even though they knew nothing about the entertainment business at the time. Her mother was a hairdresser with a salon of her own, and her father was a sales manager for Xerox.

Beyonce began her career when she was the winner of a school talent show at the age of 7 after singing a John Lennon song. It was then that she decided she wanted to go to a magnet school focusing on music. She was a choir member at her church – she’s Methodist – as well as a soloist in the choir. When they were just 8, Beyonce and her friend Kelly Rowland and their friend LaTavia Roberson decided to audition for an all girls group. They all made it, and they were placed with three other girls in a band called Girl Tyme. The group made their rounds around Houston in talent shows and local television stations, and they eventually made it to Star Search. They didn’t win, and Beyonce said that it’s because the song they sung at the time wasn’t a good one.

When 1995 rolled around, Bey’s father quit his salesman job and began managing the band full time. Beyonce was only 14 at the time. After auditioning for many different record companies, the band was finally signed with Elektra Records, and then Atlanta Records. Her parents decided to separate at this point in their marriage, and then they decided to get back together. When the group was signed with Columbia Records, their world changed forever.

A name change and a hit song on the Men in Black soundtrack later, and the girls were ready to make their national debut. They decided on a self-titled album and the song, “No, no, no,” was huge. Their first single was all it took to make them famous, and they immediately realized that life was no longer the same. That was 1997. They were huge; but it wasn’t until their third single “Say My Name,” from their second album in 1999 that the group became winners; the song took home the Grammy for Best R&B Performance, and the Best R&B Song all in one night.

Two of the band members were unhappy with their management, they were replaced and eventually the two extras were left behind and it was just Rowland, Michelle Williams and Beyonce left. During this time, Beyonce suffered from a deep depression from her friends leaving, her longtime boyfriend breaking up with her and family issues. She would lock herself in her room for days at a time and she said it was her mother that helped her overcome her depression. However, she’s very much a loner and a recluse even now.

In the years to come, Beyonce would make her acting debut, and she would release her first solo album in 2003. From there, the band decided to call it a day and Beyonce went on to become one of the most famous singers of all time. She then married Jay-Z, another famous rapper, in a secret ceremony, had a baby and has since been living a life away from the press. She shows up for some awards and to perform her shows, but other than that the world does not see her. She does not do interviews, she does not make appearances and she is not someone who discusses her personal life at all. It’s a smart move, too, because it keeps people very curious about her, and that drives up her album sales and her concert ticket sales. Together, she and Jay-Z have an estimated net worth of more than $1.1 billion.

Jaden Smith is an American actor with an estimated net worth of $8 million. He was born on July 8, 1998 in Malibu, California. His parents are actors Will and Jada Pinkett-Smith. He has one…

Bill Gates is an American businessman and philanthropist with an estimated net worth of $80.7 billion as of March 2016. Born on October 28, 1955 to William and Mary Gates, he was born in Seattle….

Kim Fields is an American actress and reality television star with an estimated net worth of $8 million. Born on May 12, 1969 in New York, she is the daughter of Chip Fields, a famed…

Keira Knightley is an English actress with an estimated net worth of $50 million. She was born on March 26, 1985 in Teddington, London, England. Her mother is Sharman Macdonald, who is also an…

Denzel Washington is an American actor with an estimated net worth of $190 million. Born on December 28, 1954 to Denzel Sr. and Lynne Washington, his father was a Pentecostal Minister and his mother owned…

Sharon Osbourne is a British talk show host and music manager with an estimated net worth of $220 million. She was born on October 9, 1952 in Brixton, London, England. Her parents were both in…