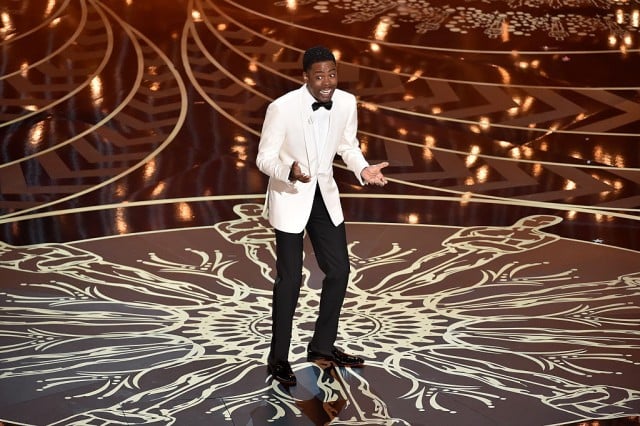 Chris Rock is an American actor and comedian with an estimated net worth of $70 million. He was born on February 7, 1965. He was born in North Carolina, though his parents made the decision to move to Brooklyn not long after he was born. His mother’s name is Rosalie and she is a social worker and teacher of the handicapped (mentally) and his father, his namesake, was a truck driver who also delivered newspapers. His father did not live to see his son become famous. He was undergoing a routine ulcer surgery in 1988 when he died. Chris Rock has four brothers. One died in 2006 after battling alcoholism most of his life. His other three brothers are all in the same business as Chris Rock, and entertaining is something that kind of runs in their family.

Growing up, Chris Rock was bullied, beat up and abused. He’s not a big man to begin with, and he went to schools that were mostly white children. He was picked on for a number of reasons, though racial reasons were the primary. His parents pulled him and his brothers out of their high school when the beatings became so bad that they began to fear for their kids’ lives. Chris Rock decided that he didn’t want to bother with high school at all, so he got his GED instead. In 1984, Chris Rock began his stand up career in New York City. He began working and rising in fame, and he began doing small roles on television and in a few movies. He became friendly with actor Eddie Murphy after Murphy saw Rock perform at a club, and he was the one who gave him his first role in a hit movie by the name of “Beverly Hills Cop II.”

It was not until 1990, however, when he joined the cast of Saturday Night Life that Chris Rock became a household name. He joined a number of other newcomers on the show, and they became known as the “Bad Boys” of SNL. He was on the show with Adam Sandler, Chris Farley, David Spade and Rob Schneider.

He was part of the show for three years when he left to take a part on the show In Living Color as a guest star. He made it a few months before the show was cancelled and that’s when he decided television was not for him. He began working in the movies, and he found huge success in in mid-90s. He has since starred in dozens of hit movies and had roles on dozens of hit television shows. He’s also hosted some of the most amazing television shows in the world, and he has been the go-to host for many years. Chris Rock married Malaak Compton in 1996 and they have two daughters. They filed for divorce in 2014 after more than 18 years of marriage.

Chris Rock is one of the most famous and most well-known comedians in the world, and he has risen to success and fame that many other people only dream of achieving. He will continue to see his net worth increase, too, since he is always working and always in demand.

Avril Lavigne is a Canadian singer and songwriter with an estimated net worth of $50 million. She was born on September 27, 1984 in Ontario, Canada. Her parents are of many different nationalities, so she…

Channing Tatum is an American actor with an estimated net worth of $50 million. He was born on April 26, 1980 in Cullman, Alabama. His mother, Kay, worked for an airline. His father, Glenn, worked…

Wentworth Miller is an American actor, model, producer and even a screenwriter with an estimated net worth of $4 million. He was born on June 2, 1972 in Oxfordshire. His mother is a special education…

Carmelo Anthony is an American professional basketball player with an estimated net worth of $85 million. Born on May 29, 1984 in New York was raised by his mother since he was only two. His…

Kanye West is an American rapper and designer with a net worth of approximately $145 million. His exact net worth is unknown as he announced in early 2016 that he is in debt more than…

Bernie Sanders is an American politician with an estimated net worth of approximately $330,000. Born on September 8, 1941 in Brooklyn, he is the son of Dorothy and Eli Sanders. His family is a mixture…