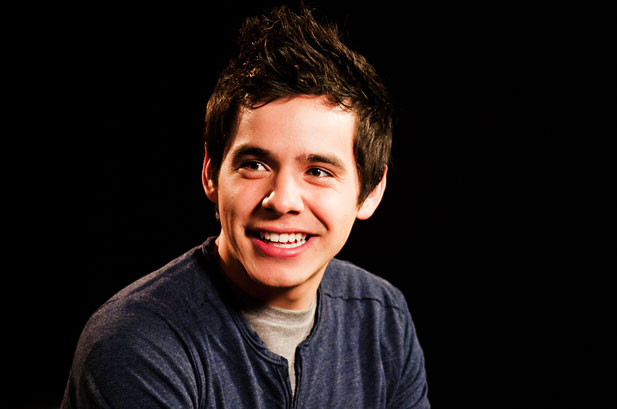 Actor, singer, songwriter and musician, David Archuleta was born on December 28, 1990 in Miami, Florida. He spent the first six years there with his mother and father and four siblings before they moved to Utah. He is one talented kid who has been making a name for himself in the music industry and has already hit the Billboard 200 chart and sold an incredible number of albums in the US and worldwide. He has had television appearances and won talent contests. At his young age, Archuleta is also an active philanthropist who has helped countless others with his involvement in several different organizations. Archuleta may be a name you know by now, but here are ten things you didn’t know about David Archuleta.

Star Search was the talent show from 1983-1995, hosted by Ed McMahon. It showcased various types of talent, from models, to singers and comedians, including junior categories for some of the categories. The show had been off the air several years when a re-launch was created that aired for one season, from 2001-2004. Archuleta was one of the talents for junior vocals on March 19, 2003 and left the show as the winner. He won $100,000 for his win and he later said during an interview, that upon returning home, $10,000, or 10% of his winnings was immediately tithed to his church.

2. Spontaneously breaks out in song

Being a singer, it isn’t hard to imagine that he has the urge to sing all the time. That’s just part of the talent and love for music. Archuleta admits that he is like a walking jukebox and will often just break out into song. This is especially true if he hears a word or a phrase that reminds him of a song, then he will just burst out singing the song that popped into his mind.

3. Has his own insecurities

You may have heard from actors, that they do not watch their own movies or TV shows because they don’t like to see themselves on screen. It’s easy to be very critical of yourself and not see yourself the way others see you, and Archuleta is n o different. He has said that he doesn’t like the way he looks, and describes himself as ‘weird-looking.’ He also doesn’t care for his own voice; saying that it is nasally and wheezy sounding. Apparently the rest of the world doesn’t agree with him or he wouldn’t have sold as many albums as he has.

4. Who are his music idols?

Every musician, actor, even comedian,  has their idols that they admire. Archuleta has several music idols that he likes and admires and the type of music varies. He has listed his favorite musicians as Eva Cassidy, John Mayer, Natasha Bedingfield, Jason Mraz, Sara Bareilles, and Adele. Achuleta’s talent also extends beyond singing, he is also a musician and plays the guitar and piano, and being able to play multiple instruments is fairly common for most singers.

Back in 2003 when Archuleta was just starting Star Search, he already was exhibiting signs of having bronchitis. It was this illness that would eventually lead to the paralysis of a vocal chord at the ages of 13 and 14. Doctors told him he could have surgery but it was a risk to have it. He didn’t want to take the risk because all he wanted to do was sing. Archuleta was set to record a CD right after Star Search due to his big win but because of the paralyzed vocal chord, he was not able to follow through with the recording.

Do you like the way Archuleta styles his hair? If you like the look he’s got going on, you may be curious to know how he gets it, what he does to make his hair look the way it does. Well, he doesn’t do much, according to him. He doesn’t do anything special or have a long hair routine in the mornings. He says his hairstyle is accomplished by using water and only water, so he’s a pretty easy-maintenance kind of guy.

English isn’t Archuleta’s only language. He is also fluent in Spanish and he gets it from his parents. Archuleta’s mother is a salsa singer and dancer and his father is a jazz musician. His mother, Lupe Marie hails from Honduras and his father is a mix of nationalities, including, Spanish, Irish, Danish, German, Basque, and Iroquois. When he turned 21, he also spent time volunteering with his church in Chile for two years, which he halted his singing career for.

You usually here that a famous singer started their singing at a young age and there is usually something or someone who inspires the music in them. For Archuleta, it was musicals. At the young age of six, Archuleta was already familiar with Les Miserables and others, and it was the music in the musicals that kick-started his love for music and propelled him into the bright future that he’s now living.

9. Made it to American Idol

Archuleta attended the tryouts for the famous American Idol talent show in San Diego at the end of 2007. He performed John Mayer’s song, Waiting on the World to Change. During the song, judge Randy Jackson burst into song, singing the background “Waiting” part of the song. He also sang, Crazy, Another Day in Paradise, and Angels.

He released his first single in 2008, titled, Crush, which was from his self-titled debut album and it quickly climbed up the charts. Within three months, the title debuted at number two on the Billboard 200 chart and sold over 750,000 copies across the United States, and sold over 900,000 world wide.

It’s been a long long time since his AC Slater days on “Saved by the Bell.”  Now, Hollywood gossip interviewer and host Mario Lopez welcomes a new baby into the world with his wife Courtney… 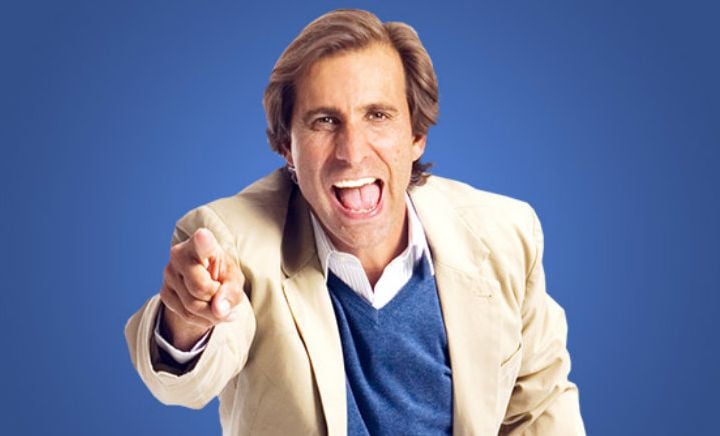 Chris Russo was born Christopher Michael Russo in the Town of Oyster Bay, Syosset, New York, on October 18, 1959. He is the only child of Vera and Anthony Russo. His mother was from England…

If you’re not watching the Real Housewives of Potomac yet, you really are missing out by not getting to know these women, particular Charisse Jordan. Bravo is just turning up the drama with this group…

For most people, drinking on work is a definite no-no. There aren’t many jobs that will allow employees to come to work drunk and still keep their jobs.  However, for those working in Hollywood, things…

You hear that? That’s the sound of millions of Twilight fans’ hearts breaking. The news of Taylor Lautner cozying up to Tracers co-star Marie Avgeropoulos has the Twihard world going bonkers. According to USA Today,…

Wow, what a week for bad news, it is only Wednesday. First, we hear Leonard Nimoy has been dealing with Cancer, and then we find out that Tom Brokaw reveals he has Cancer. Like, I…