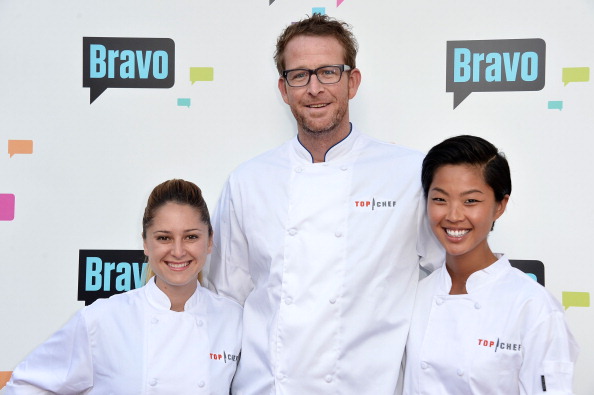 When it comes to intense TV competition, Top Chef Duels has had more than its fair share. Since debuting in 2014, the show has featured some serious cook offs. If there’s anything Americans love, it’s good food and good competition. Now, with one season under its bend viewers are hoping to see just how much heat these new contestants can bring to the kitchen. Known for keeping viewers interested (and hungry) the contestants on Top Chef Duelshave no problem battling it out over some great dishes. But while nobody knows what the show has in store for the future, the previous season has definitely been a tough act to follow. Here are five of the most memorable Top Chef Duels in history.

When it comes to Top Chef Duels, nothing is more important than the food. With that being said, there’s nothing better than watching two amazing chefs go head to head – especially when they’re both trying their hand(s) at some good ol’ down home southern cooking. As you can imagine, these two were definitely ready for the intense competition, and if you love good food, there’s no denying that this moment definitely left your mouth-watering. As Kevin prepared some smothered fried pork chops, and Art whipped up some rabbit, it was clear that these two were laying it all out on the table – literally.

P!nk as a guest judge

Pop star, P!nk, probably isn’t the first person that comes to your mind when you think of food, but that didn’t stop her from being a guest judge during an episode of Top Chef Duels. While on the show, she definitely added an interesting perspective. Not only were the contestants excited to see P!nk come into the kitchen, but she also seemed genuinely interested in trying the different dishes they were preparing. However, her appearance on the show wasn’t just all about foot, she also had a few funny moments. Sure, she may not know all of the technical culinary terms, but she definitely had some comments that left everyone laughing.

As you can guess, anything called ‘the knockout’ is bound to be pretty intense, and the knock out on Top Chef Duels was no different. When Kristen Kish and Art Smith went head-to-head for a chance to appear in the finale episode, things got pretty intense. Given another chance to make it to the final round, Art was determined to earn a spot, while Kristen was just as determined to keep him out. Asked to prepare a vegan dish, Art was clearly out of his southern comfort zone with the challenge. However after the intense show down, Art came out on top, and earned his place in the finale episode. But best thing about this moment proved to be the fact that despite its intensity, the competition remained friendly – something that you don’t see very often in reality TV. Way to go Top Chef Duels!

Shailene Woodley as a guest judge

Over the last several years, Shainele Woodley has gone from a relatively unknown actress to one of America’s newest sweethearts. While most viewers are used to seeing her kick some serious butt as the star of the Divergent film series, Woodley is also very interested in food. A fan of hunting and gathering techniques once commonly used by Native Americans, Shailene likes to eat “directly from the earth.” Woodley has also been very open about eating clay and other natural items. During her episode of Top Chef Duels, Woodley asked the two contestants to compete in a foraging and rewilding challenge that sent them into the woods to get their ingredients right from the source. The challenge proved to be a little difficult, and the meals they prepared were very interesting.

The season finale of any show (especially in reality TV) is usually one of the most exciting episodes, and the finale of Top Chef Duels proved to be no different. If you watched the show all season, there’s a pretty good chance you were at the edge of your seat over who would walk away as the top chef out of some of the best top chefs around. Unlike most competition finales, the show featured 10 contestants in the final episode a big difference from its usual routine of having two chefs compete. The episode quickly featured two challenges which eliminated the bulk of the chefs. In the end, Tiffani Faison and CJ Jacobson were left standing to go at it in a head-to-head competition. By the end of the episode, CJ stood victorious as the season’s winner, and earned a $10,000 and the opportunity to be featured in Food & Wine Magazine. But despite the finale’s crowning moment, many felt that the pace of the episode was so quick that it felt a little un-rewarding by the time it reached the end.