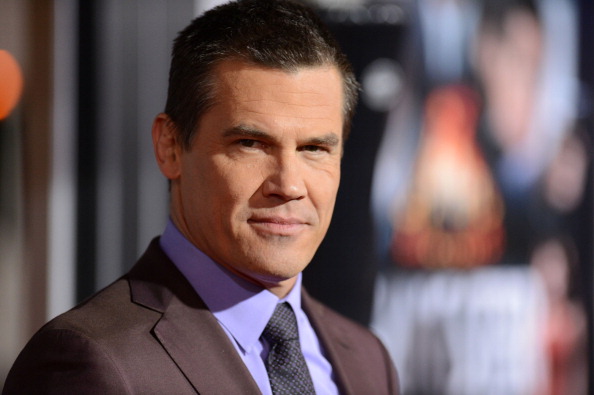 Josh Brolin has been acting for nearly 30 years.  Although many people may know him for his role in films such as No Country for Old Men and Milk, Brolin actually made his film debut in another popular film.  In 1985, Brolin made his first on-screen appearance in an adventure-comedy film that would eventually become one of the 80s most popular classics: The Goonies.  The film, which featured a mostly teenage cast, told the story of a group of friends who lived in a section of Astoria, Oregon called the “Goon docks.”  Brolin’s character, Brandon Walsh, was the oldest brother of the Goonies leader, Michael Walsh (Sean Astin).  Although Brandon was once a proud goonie, being older than the rest of the group, his focus has shifted to wanted to be popular. At the beginning of the film, viewers are made aware that the neighborhood the characters live in is being foreclosed and all of their homes are in danger of being demolished in order to build a golf course.

While rummaging through an attic, the goonies come across an old newspaper clipping and a map which claims that there is hidden treasure located somewhere nearby.  The group decides to embark on one final adventure before they’re all forced to leave their homes.  As they attempt to locate the treasure, the group meets other obstacles, including the very strange and dangerous Fratelli family.  However, no complication was significant enough to permanently derail the Goonies, and in the end, they discover the ship and its treasure and are able to save their homes.

The film was a huge success, and continues to be successful almost three decades after its release.  Brolin, who has starred in more than 20 films since 1985, he considers The Goonies amongst his fondest film making memories.  During an interview, Brolin stated: “That was a great experience, maybe still the most amazing experience I’ve ever had. Now our kids are watching that movie, so I’m getting feedback from the next generation, which is amazing. Dick Donner was, is, the nicest guy in the world. Spielberg did this great thing.”  While Brolin has had a successful career into adulthood, and is one of the only Goonies to do so, it seems that many viewers still remember him best from his very first role.

With the film’s 30th anniversary approaching next year, Bronlin has done several interviews, sometimes sharing some interesting behind the scenes information about the film.  Here are five of the The Goonies best kept secrets.

5. The idea of a Goonies sequel is possible.

Throughout the years there have been various stories and rumors about the possibility of a sequel to The Goonies.  However, nothing has ever been confirmed or denied.  According to Brolin, the idea of a sequel seems to resurface every few years, and while he isn’t sure if the rumors are true – they are definitely plausible.  He told Fallon and the audience: “Steven [Spielberg] came up with the idea of doing a sequel after 30 years…You don’t do it without him. We’ve been trying for a long time, then he came up with another storyline and he’s right on.” Brolon also said that if producers actually decide to make one – he would most definitely be interested.

4. The pirate ship in the film was actually kept a secret from the young actors.

One of the most memorable scenes in The Goonies involves a very large pirate ship filled with golden treasure.  While viewers may have been in awe the first time that they saw the ship, the characters were as well.  In an attempt to capture the most realistic reactions possible, filmmakers did not allow the young cast to see the ship until it was time to shoot the scene.  According to Brolin, “They didn’t show us the ship that was being built, which would now be CGI I’m sure, so this was long enough ago that everything was practical (which made things much more fun & fantastical)…So it was on a stage, the stage was a massive pool with a practical 110 foot boat built in it. And they backed us up into the stage, into the water, had the camera set up so that we could have an ‘organic’ reaction.”

3. Josh Brolin formed a drug addiction while filming The Goonies.

Josh Brolin who struggled with a heroin addiction, says that he first began using the drug while filming The Goonies.  Brolin said: “I was the last guy to get into heroin – I smoked it – and the first to get out. I was around 16 or 17, so it was around the time of The Goonies. But I liked working and learning, so it was very difficult for me to lend myself to that drug completely.”

When the pirate ship was revealed for the cast members to see, shooting had already begun and filmmakers eagerly awaited the young stars’ reactions.  However, Brolin ruined the initial scene by swearing.  However, this outburst was certainly not Brolin’s first.  Although Brolin was slightly older than some of the other cast members, The Goonies was his first film, and he often had to be reminded how to conduct himself while filming.

The catch phrase, “goonies never say die,” became popular after the movie’s release.  During an online question and answer session with Brolin, a fan asked “Have you ever said Die? Does saying Die, immediately get you booted from being a Goonie?”  Brolin quickly (and cleverly) responded by saying, “Goonies Never Say Die. And I am a Goonie. Invalid question.”

Reality television knows no bounds; and that’s why we have…

Over the last several years, the Kardashian family has become…

Although she has never won any major awards, actress Denise Richards…

Kris Jenner, matriarch of Kardashian-Jenner clan, has definitely capitalized on her…

Claire Danes rose to province during the early 1990s, and…

Over the last several years, mobile applications have become increasingly…