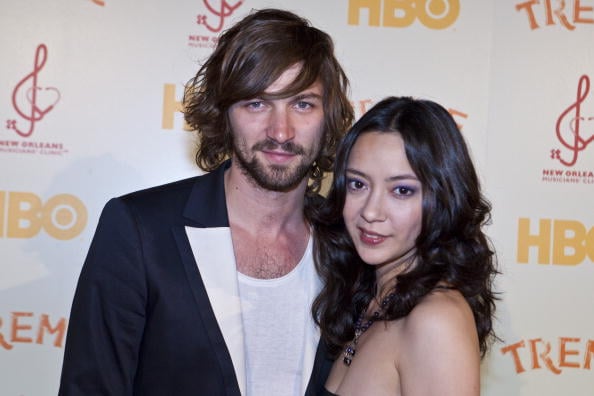 Dutch actor, Michiel Huisman, has been everywhere lately.  Almost overnight, it appears that he’s popped on the scene and become a star.  Recently, he has gone from a recurring character to a star on the popular HBO series, Game of Thrones, and he is also starring alongside Blake Lively in the new film, The Age of Adeline.  With his very versatile skill set, there’s no doubt that Michiel Huisman will be around for years to come. However, with such a sudden rise to fame, many people are wondering who this new Hollywood mystery man is.  Since there is no better feeling than having the inside scoop on an up and coming star, here are five things you didn’t know about Michiel Huisman.

1. He turned down an offer to pose in Playgirl Magazine.

Most guys would jump at the opportunity to pose for Playgirl Magazine.  Although Huisman appreciated the request, he decided to turn the offer down.  According to Huisman: “I’m very flattered by the attention that some of that has gotten but no, I’m not going to do that. Of course not.”

Aside from being a great actor, Huisman is also a fairly accomplished musician.  He was once a singer and guitarist for the Dutch band, Fontane, which released two singles for movies in which he also appeared.  after Fontane broke up, Huisman pursued a solo career, and released his first album, Luchtige Verhalen, in 2005.

Huisman has been married to actress Tara Elders since 2005.  The couple met on set while filming Phileine Says Sorry.

4. He’s actually been in the acting world for a while.

Although Huisman has just not reached fame in the United States, he’s actually been in the acting business for quite some time.  Huisman made his on-screen debut in 1995 during an episode of the Dutch TV series Voor hete vuren.

Although Michiel Huisman is now a starring character on the popular series, Game of Thrones, he’s admitted that he’s never actually read any of the books.

The President of the United States is commonly referred to as the most powerful man in the world.  With that title comes a lot of responsibility that not everyone can handle. For that reason, most…

Kris Jenner, matriarch of Kardashian-Jenner clan, has definitely capitalized on her time in the spotlight. The 59-year-old mother of six is a business woman, manager, author, and television personality, while also being featured on E! Network’s…

Jennie Garth rose to fame throughout the 90s for her role as Kelly Taylor on the popular teen-themed series, Beverly Hills, 90210. Kelly Taylor was initially introduced to the series as a “spoiled teen vixen.”…

During the 80s and 90s, John Stamos won over the hearts of millions while portraying uncle Jesse on the hit sitcom, Full House.  Fans were instantly drawn to Jesse’s good looks, kind heart, and rock-and-roll…

Reality television knows no bounds; and that’s why we have The Curse of Oak Island on The History Channel. Of course, this is a show that’s probably a lot more reasonable and even entertaining than…

For females, the world of comedy can be very difficult to penetrate.  For years, the comedy sphere has been mostly dominated by men, and many of the women who were allowed in either didn’t last…