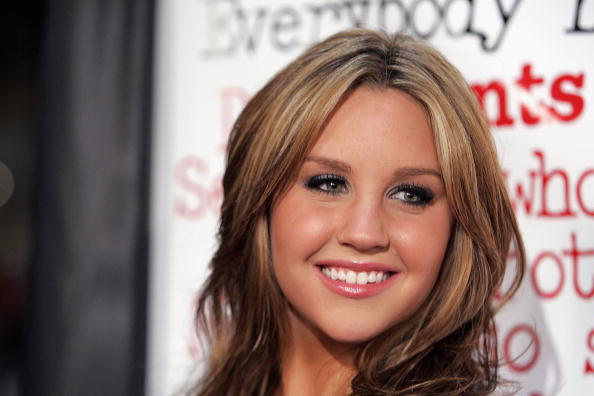 Presently Amanda Bynes is best known for being a young star who has encountered some “personal struggles” over the last few years.  However, anyone fortunate enough to experience Nickelodeon in the 90s will remember that Bynes got her start from the popular sketch comedy show All That in which she played various roles.  During her tenure on All That, Bynes landed a spin off series, The Amanda Show, which aired from 1999 to 2002.  Bynes, who had become popular amongst young audiences for her quirky sense of humor and natural comedic timing, easily transitioned into big screen roles.  However, in 2010, Bynes announced her retirement from acting and has remained absent from the screen and has had to deal with several issues in her private life, including a DUI charge and several arrests which spiraled into a mental breakdown for the 28 year old. Even though Bynes has since announced her un-retirement, there have been no talk of any upcoming roles for the fallen star. However, with her impressive resume there is still hope that she will one day make a comeback and finally give the public something to talk about than her mental stability.  Until then, here are the highest grossing Amanda Bynes movies.

In this film Bynes stars as Daphne Reynolds, a young American girl who learns that her father (whom she has never met) is living and London and plans to run for Prime Minister.

In Big Fat Liar, Bynes stars as Kaylee, whose best friend Jason is a pathological liar.  Kaylee and Jason embark on an adventure to uncover what has happened to Jason’s stolen creative writing assignment which he believes has been stolen by a Hollywood producer and turned into a film.

In this modern rendition of Nathaniel Hawthorne’s The Scarlett Letter, Bynes plays the role of Marianne Bryant, who runs a conservative Christian group at the high school.

The musical film Hairspray features Bynes as Penny Lou Pingleton, a sheltered young woman who falls in love with a young black man against her mother’s wishes.

Kourtney Kardashian, member of the Jenner/Kardashian clan, has been a fixture…

When you’re one of the most famous athletes in the…

Heidi Klum is one of the most successful supermodels in…

If I used the name Carlos Irwin Estevez to describe…

Being rich and famous certainly does come with its perks….

Grammy nominated singer/songwriter, Robin Thicke, has been working in the…