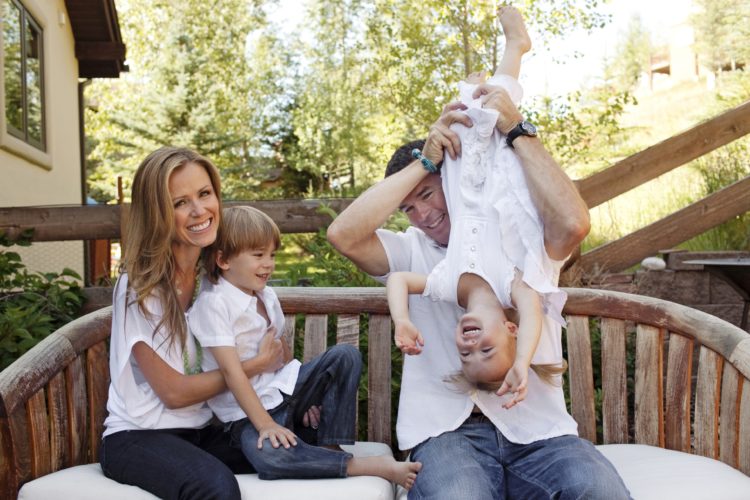 Trista Sutter was born, Trista Rehn in 1972, and was one of the first contestants on the show, The Bachelor. She finished up as runner-up to Amanda Marsh on the show’s first season before she went on to be the very first bachelorette on the show’s spin-off, The Bachelorette. She had competed for the heart of Alex Michael in The Bachelor, but in the show’s finale, Michael chose her competitor. She is a rarity for either of the network’s long-running show, in that she is only one of many seasons that married her suitor and has remained married many years later. You may remember Trista Sutter from one or both of the shows, and know some of who she is, but here are ten things you don’t know about Trista Sutter.

Before either of The Bachelor shows, Sutter had a different kind of life. She was first, and foremost, a pediatric physical therapist by day, Sutter was a very dedicated physical therapist who cared deeply for her patients. By night, however, Sutter held a different kind of position, cheering for the Miami Heat. It was during her days of cheering that she heard about the casting call for the new ‘love-finding’ show and decided to try-out for a spot. Obviously, she made it.

2. Married one of her suitors

One of the contestants on the show was Ryan Sutter, a fireman from Colorado. He was a poem-writing fireman who wooed Rehn with his romantic poetry and ended up winning her heart and the competition. They got engaged and married, and today the couple lives in Colorado. She is one of the very few whose mate choice on the television show, ended in a long term relationship, especially marriage.

3. Was paid big bucks to televise her wedding

The Sutter’s were married in Rancho Mirage, California on December 6, 2003, in a lavish $4 million dollar ceremony. The two were paid $1 million dollars to televise the 3-part series event, and it was the highest rated reality show for the ABC network. The bride’s dress was $70,000 alone, and her wedding cake – $15,000. The couple honeymooned at Turtle Island in Fiji after.

4. Her husband wrote a song for her

Being that her husband has a knack for poetry, he used his talent and passion to write a song for her that was sung at the couple’s lavish wedding reception. The song is titled, Something About Her. Although he wrote the song, he opted not to be the one to sing it, and instead, enlisted country singer/songwriter, Brad Paisley to come in and sing it.

Trista and Ryan not only built a beautiful relationship between the two of them, but they created a beautiful family. They share two kids together, a boy, Max, and daughter, Blakesley. They are both look-a-likes to their parents and the family is often pictured together, having fun vacationing and living a full and happy life.

Along with everything that she has accomplished in life so far, she can also add, author to her achievements. Her book, Happily Ever After: The Life-Changing Power of a Grateful Heart, is out in stores and in her book, Trista wants to help people with finding their happily ever after and how to find gratitude in every day.

7. Appeared on television shows since the Bachelor series

Both Trista and her husband Ryan, have made TV appearances on a variety of shows, since they were on The Bachelorette. She has appeared in a few commercials, made a guest appearance on Fear Factor to cheer-on her husband who was competing. She has also been a contestant on Dancing With the Stars on season one, as well as the couple appeared on Marriage Boot Camp: Reality Stars in 2014, among other TV appearances.

8. Has been involved in a couple feuds

Sutter has been known to be involved in a number of online feuds with other stars, including several Bachelorette stars and the Late Night host, Jay Leno. In an interview with Leno on the Craig Ferguson form the Late Late Night, show, Leno Tells Ferguson about an interview he had with Sutter and described it as awkward and not even having a clue to who she was while he interviewed her. Says he was totally disinterested in a reality TV star and never even watched the Bachelor shows. Sutter fired back with a Tweet about the comments but handled them pretty well. She does voice her opinions on her social media outlets when mud starts to get slung among celebs.

9. Husband is a hopeless romantic

Sutter claims that after 14 years of marriage, their relationship is still going strong with no end in sight. She says that a big part is due to the fact that her husband is a hopeless romantic and will surprise her with a card with a sweet note or some other gesture of his devotion. She says that Ryan still has the final rose she gave him on the show, and keeps in the closet upstairs in their home – all these years later.

10. Was recently hospitalized while on vacation

The Sutters were recently on a family vacation in Croatia when out of the blue, Trista had a seizure in front of her whole family and the strangers around her. She was rushed to a local hospital and although it was determined that it was a seizure that she had, there has not been any definite diagnosis or reason for the seizure, known. Trista’s husband, Ryan Sutter, said his first response is to handle the emergency at hand, being that he is a fire fighter, however, because it’s his loved one, it adds a whole new element to the emergency situation and he is still trying to make sense of it all.

The couple may be headed towards a split.  Catherine Zeta-Jones and Michael Douglas have been spending a significant amount of time apart. Various media sources are reporting that the couple have parted ways and may… 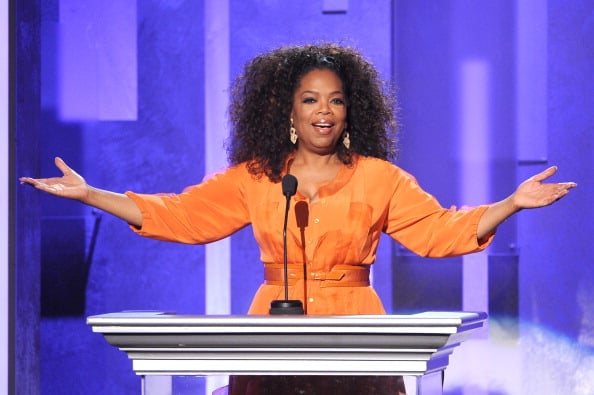 I am the mother of four small children (8, 5, and 2-year-old twins) and I have never given any of them a bath. I have a raging fear of all things bathtub related. I hate…

Hollywood is famous for sudden new love interests and suddenly broken relationships, and that’s especially true at the moment for Ariana Grande and rapper Big Sean. Both musicians recently ended relationships and have moved on,…

Scott Disick is never going to remember 2014 as the best year of his life. The year has not been a good one for the reality television star, despite the fact that he’s got a… 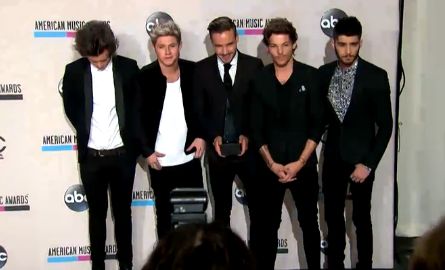 One Direction will reportedly earn an estimated $1 Billion between them in 2014 on their world tour.  Yes, you read that correctly.  One billion dollars.   The sum will reportedly come from the “Where we are”…

Louis C. K is the man, and Louie is one of the best shows on TV, hands down. The man himself is about as honest and brilliant as a comedian can get. Think George Carlin…