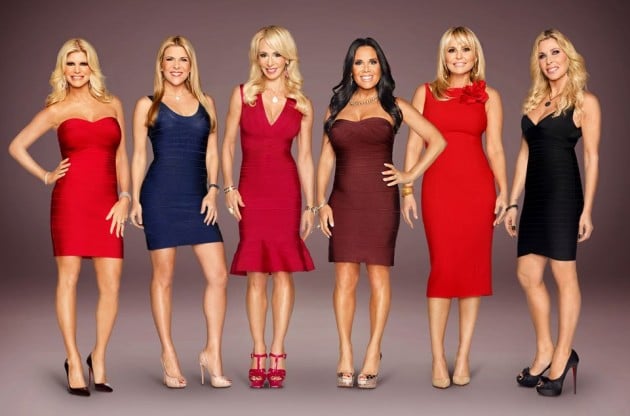 Over the years, Bravo has become well-known for being the home network for several popular reality TV shows, especially those focusing on groups of women.  Well, Bravo isn’t done yet – and the network is gearing up to release another reality show that is sure to take viewers by storm. Secrets and Wives which premieres in June 2, follows a group of six women living in a suburb of New York City.  How is this show different from any other you ask? Well apparently, the women in this group are actually friends.  Real friends who actually know each other and hang out outside of the show.  According to Bravo, Secrets and Wives will follow the women as they struggle to deal with “the pitfalls of marriage and divorce, these six women…are all going through the process of reinventing themselves under the microscope of family, friends, and exes.” This certainly sounds like the show has all of the makings of a great reality show, but what about the cast? Here is everything you need to know about the women of Bravo’s new series, Secrets and Wives.

What do you do when the life you thought you knew suddenly takes a turn for the worse during mid-life? Liz Sandler is here to show the world. Liz was once happily married to her high school sweetheart, but four years ago when things started going south, the couple filed for divorce.  Now a single woman with grown daughters, Liz is living alone for the first time in her life.  She plans on selling her house and trying to start over.  Because her life is at a turning point, she’s relying heavily on her friendships with her fellow cast members to help her get through.

After getting divorced five years ago, Amy Miller has been trying to get her life back on track, but her turbulent relationship with her current fiancé, Arthur, isn’t helping.  Although Miller seems to be happy with her relationship, her friends on, on the other hand, are very protective.  Like most friends, they’re very protective of Miller and want her to be happy.  Amy is also the mother of an adult son who still lives at home without her, and her relationship with him will likely be a huge part of her storyline on the show.

Every reality show needs someone who likes to be in control, and Gail Greensburg is that person. Gail is all about making sure that her relationship stays strong.  Unlike some of the other cast members, Gail is still married and her husband is one of the top plastic surgeons in New York. However, because of his busy schedule, Gail often has to find ways to pencil herself into his life. Although Gail tries to accommodate all of the people in her life, her type A personality often puts her at odds with some of her friends.  This tension could be a huge part of Gail’s story line and things may not end the for some of her relationships.

Most people are under the impression that waiting to get married will yield better results.  Well, Susan Doneson is living proof that no matter when they begin, some marriages just aren’t meant to last.  After getting married at 30 and having two children, Susan realized that her husband wasn’t the man she thought he was, and decided to move on with her life. After her divorce, Susan began dating an old flame who was on his way to serve a two-year prison term. Of course, in a circle of wealthy socialites, dating a criminal isn’t the way to go – but Doneson tries not to let her friends’ opinions bother her. Although many of her friends look down on her, Doneson is a successful business woman who lets her work speak for herself.

Cori seems like she’s got it together.  She’s still on her first marriage, and her children are on their way to reaching adulthood. But of course there’s something bubbling under adulthood.  Although she and her husband are still together, there is tension in their relationship because of joint business venture the couple pursued after Cori’s husband lost his job on Wall Street.  Now co-owners of their own spa, Cori’s husband has invested a lot in the business, including the couple’s home in the Hampton’s.

Former backup singer, Andi Black, has been married and divorced three times, and there could be another marriage on the horizon.  Although she is currently in a relationship, Andi enjoys having time to hang out with her friends and she is known for being the “life of the party.”  However, Andi’s long track record with relationships often leaves her feeling like the know-it-all friend who dispences romance advice even when it’s uncalled for. Although she can sometimes be a little over the top, Andi is a great friend who is willing to do whatever it takes to stick up for her friends.

With the Super Bowl coming our way in just a…

It was a long show last night. It was a…

Bryan Cranston fans can rejoice. The Emmy, Golden Globe, and… 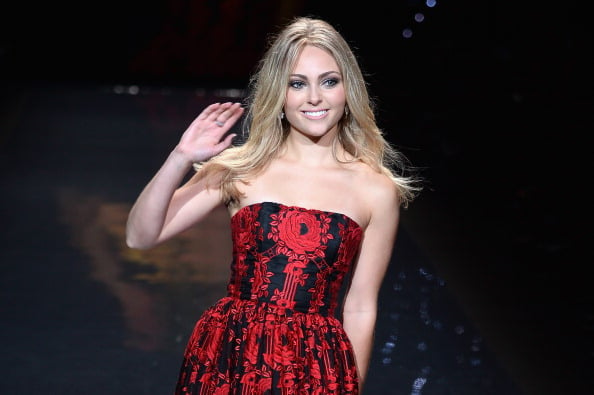 I think we jinxed AnnaSophia Robb. Earlier this week we…

Rihanna made headlines last week when she headed to the…