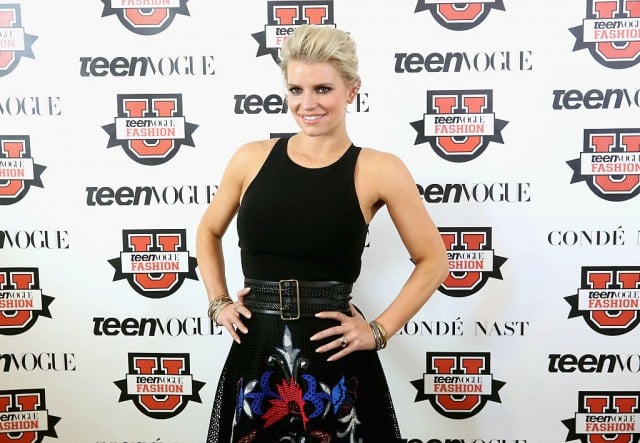 Jessica Simpson has been up, down, around and back again; the woman never ceases to amaze. She was compared to other pop stars when she was beginning her career as a singer. She as dissed, she was talked about, and she was judged. She was always criticized despite her beautiful voice. She was married. She was a reality star. She was divorced. She put on a few pounds and the world acted as though she murdered a puppy.

She lost weight, she got pregnant, she got married, she got pregnant again. She somehow managed to become a mother to two kinds in less than two years, she built a billion-dollar fashion business and she looks better than ever. She’s shown the world that she’s not at all worried about what you think; and she’s amazing. If you are not following her on Instagram, we have 10 amazing reasons you should. 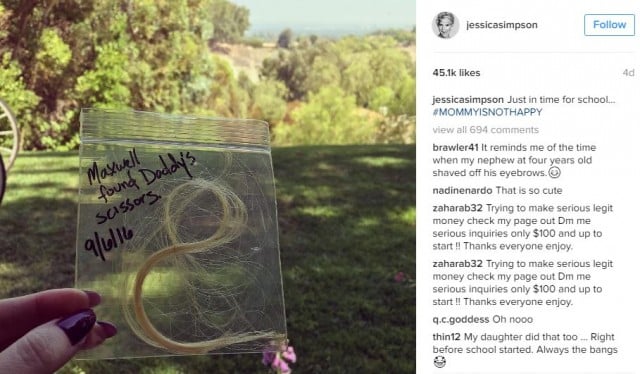 The good news is that we all have to have a tip here and there. We all need advice on our hair from time to time. The best advice is that you should never cut it yourself, but you should always place the blame on your husband. What kind of mother admits she left her own scissors within reach of her child and her daughter cut off approximately 12 inches of her hair (Oh…me). 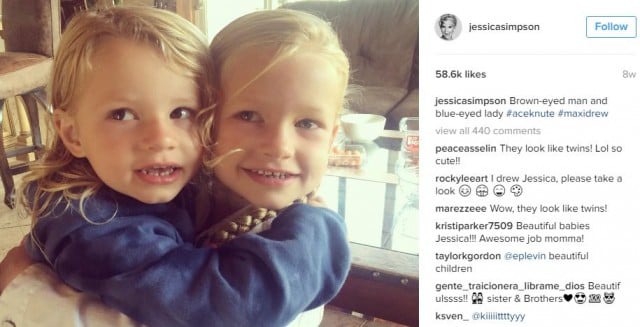 I mean, you could just follow my own Instagram for this one – but I’m not a huge fan of posting photos of my kids on the internet for the world to see. I like to keep them for myself, but Jessica Simpson loves to post photos of her littles. They’re darling, so we recommend you get your daily dose of cute right here. 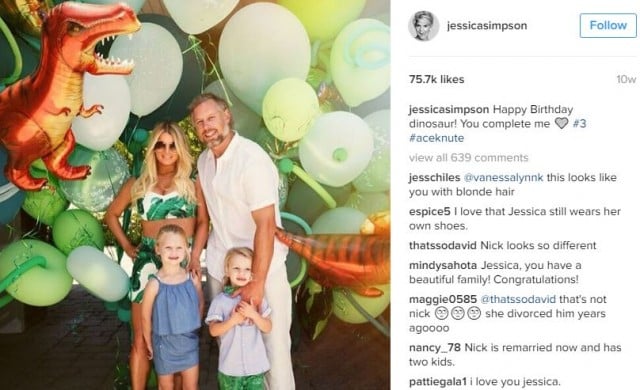 We all take them, we all want them; why not search for inspiration right here with the most adorable little family around? They’re all cute, they’re all photogenic, and we love their family photos. Inspiration, anyone? 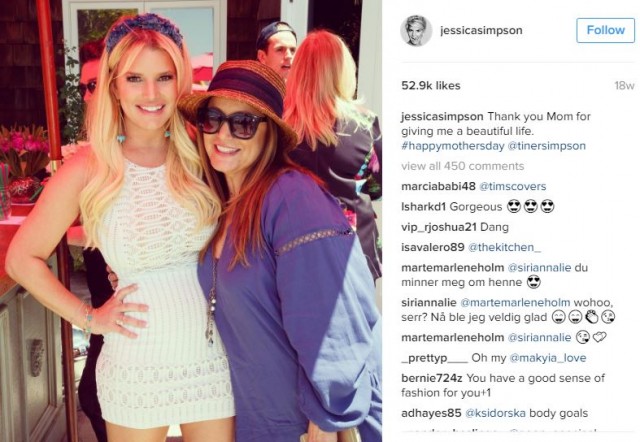 For A Reminder to Love Your Mother

It’s easy to forget that your mom spent pretty much her entire life doing everything for you, but it’s not all that good to forget to thank her. If you need a reminder that we all need to appreciate our moms, Jessica Simpson’s Instagram page is a good reminder for all of us. 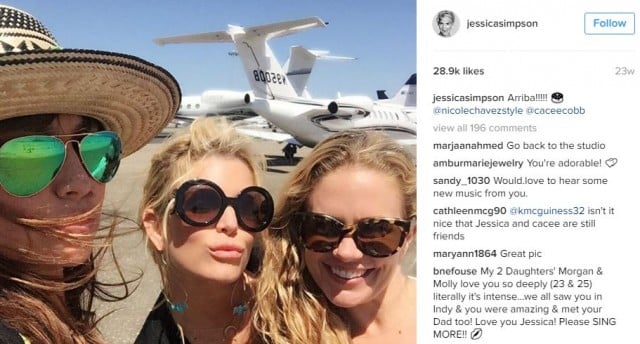 To Feel Bad About Flying Commercial

I just got off a plane a few days ago after a whirlwind trip to NYC, and I was appreciative of flying first class. Then I saw this on Instagram and I was like, “First class? Dumb,” when I realized I could have totally flown private. Of course, my bank account isn’t quite there… 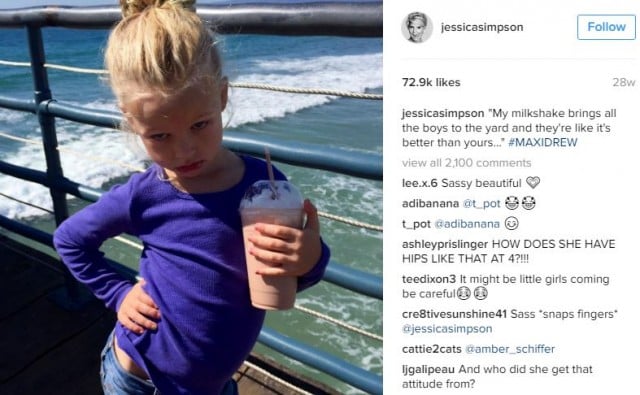 Since everyone is an aspiring Instagram model these days, why not take a few lesson in posing from the master herself? Maxwell might only be a toddler, but she’s got far better moves and poses than you ever imagined yourself having. She wins. 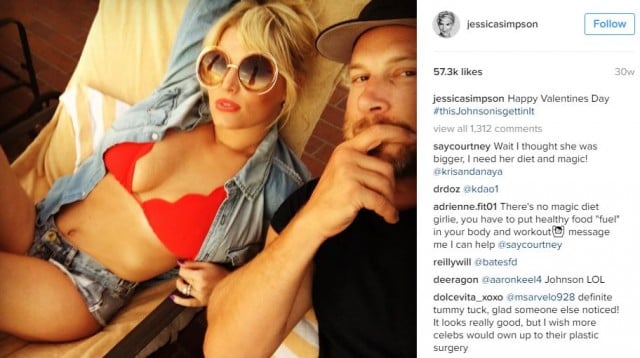 For A Reminder You Can Prove Everyone Wrong

Oh, hey; this is the same woman who put on a few pounds a few years ago and everyone called her fat, and pig-like and gross. It was mean, it was uncalled for, and it was inaccurate. Can’t a woman put on a few pounds without being criticized? Additionally, she wasn’t fat; she was just as lovely as ever – and who cares what her body looks like? It’s not your problem. Either way, she decided to show you that your opinion is pointless. 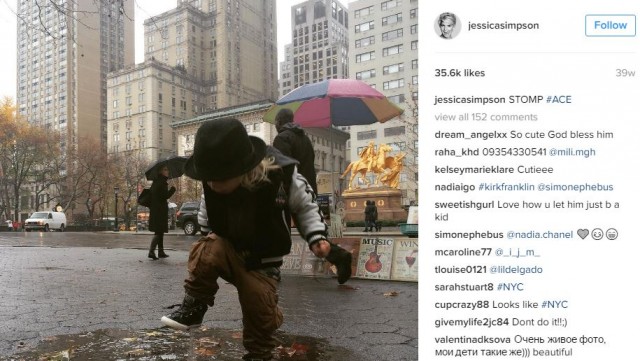 For A Reminder That it is Not Just Your Kids

My five-year-old daughter owns every pair of Hunter Wellingtons on the planet and refuses to wear anything but. Why? Because just in case there is a muddy puddle anywhere in her day, she needs the correct shoes for jumping into it. It’s not just my daughter, either. 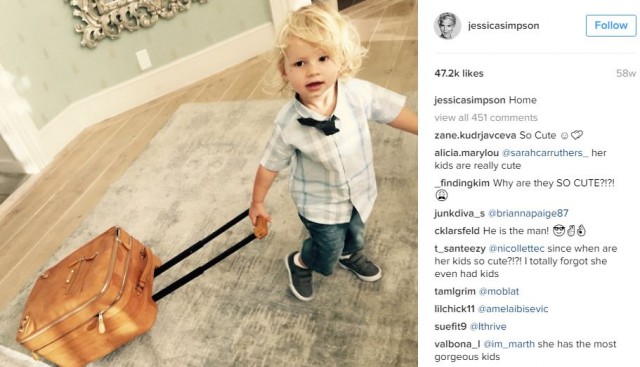 It doesn’t matter how many days you’ll be gone, there is always room for an adorable little blonde to tag along with your luggage. Oh, and let’s not forget a toothbrush and some clean underpants. Everything else is either or. 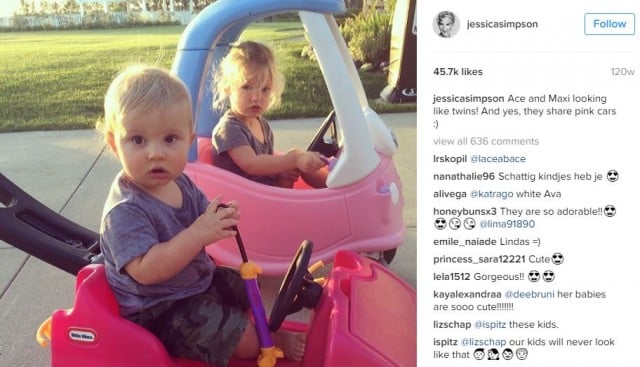 For A Reminder That Only Real Men Wear Pink

With three little girls and one little boy, we have a real man who rocks the pink cars up in our house. He’s just a lucky little boy to happen to have two older sisters and a twin sister; so he rocks his pink with the best of them. So does Jessica Simpson’s little boy, and there is not a thing wrong with that.

There are a handful of celebrities on this Earth right…

Hey NKOTB fans, get excited – your favorite “Step by…

Lil’ Kim announces she is pregnant with her first child….

Bill Clinton’s inauguration photobomb of Kelly Clarkson is, perhaps, one…

As many of you know Paris Jackson recent attempted to…

Demi Lovato is rich and famous, and can afford to…