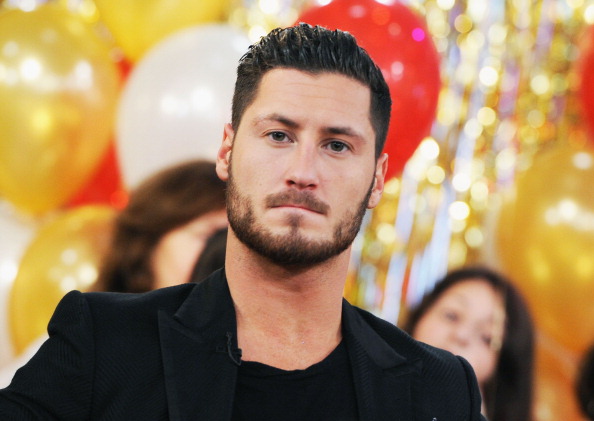 During his time on Dancing With the Stars, Val Chmerkovskiy has become one of the most popular pros on the show. Fans just can’t seem to get enough of the smooth dancer, with a fun-loving personality, and over the course of the show’s run, he has the opportunity to dance alongside some of the biggest names in the entertainment industry. Now a star in his own right, Val Chmerkovskiy  is focused on continuing to keep his name in the spotlight, and find success both on and off the show. But of course, there’s much more to him than a successful career as a dancer. Have you ever wondered what else Chmerkovskiy is all about? Here are 10 things you didn’t know about Val Chmerkovskiy.

He plays the violin

Val Chmerkovskiy’s love for music runs all the way through his body, and apparently dancing isn’t the only talent he’s got. Chmerkovskiy is also a classically trained violinist who performed at Carnegie Hall as a teen. During an interview he stated, “…it was huge in the moment. It seems like a lifetime ago, and back then, everything seemed like the greatest accomplishment ever. You appreciate it even more after the fact.”

He loves to blog

In this day and age, having an Internet presence is extremely important. If you don’t play your cards right, and use the Internet and social media to your advantage, it could seriously and negatively affect your career. However, Val Chmerkovskiy is an avid Internet user who enjoys keeping his fans updated on what’s going on in his life and behind the scenes of DWTS.

He is the director of a dance studio

Val Chmerkovskiy is a partner and artistic director at Dance For Me studios which was founded by his brother, Maks. The studio has six locations in four different states, and is dedicated to helping dancers of all skill levels.  According to the studios’ website, “We strive to provide the best experience in personalized dance instruction. Our students learn in the finest establishments that offer a comfortable, friendly environment ideal for learning and personal development. We ensure our students’ goals are met by tailoring each lesson to fit their specific needs and desires.”

He has his own clothing line

Val Chmerkovskiy refuses to limit himself, and is working on expanded his brand and becoming a business man. In 2013, he launched his own clothing line, Valentin (his full first name) which sells an array of different items. According to the clothing line’s blog, “We value passion, and we use that passion to support and love each other. We are artists, dancers, musicians, designers, businesswomen and men, brothers, sisters, sons and mothers. We believe in finding what you love and holding onto it with a tenacity that buildsstrength rather than depleting it. We want you to express yourself. We want you to move us. We want to move you. We want us to inspire each other.”

As if being a pro dancer wasn’t enough, Val is also a ‘rapper.’ While his career probably won’t ever manifest into anything other than some Internet videos, it’s still entertaining to watch him do his thing. In a video titled, “White Boy Boogie.” Although he does appear to be serious, it’s kind of hard to treat it that way, and you’re about to see exactly why.

He’s building a school in Ghana

Okay, so chances are he Val probably lost a few cool points after you heard him rap. But don’t worry, he’s about to gain them all back and then some thanks to his awesome school building initiative in Ghana.  According to Chmerkovskiy, ” I got involved with this organization called Pencils of Promise about a year and a half ago. They have this thing for your birthday where you can start an account, and instead of presents, your family can make donations to this cause, so when they showed me the breakdown and how little it actually costs to build a self-sustaining, fully functioning school that houses 200 kids? That’s a great opportunity right there to help.”

He wants to have kids

Val Chmerkovskiy has yet to settle down, but when he does he hopes to have a family. For Chmerkovskiy, being a father would be one of the greatest gifts life could give him. During an interview he stated, “I can’t wait to have kids!…This is generalizing, but this is why parenting is so important because it’s a reflection of your parents. My father is my hero, my mother is a saint, and I want to fill those shoes and I want to be a father for somebody else. I feel like having kids is the greatest gift you can possibly have…”

He credits his parents with his success

No successful person got that way on their own, and Val Chmerkovskiy will be the first to admit that his parents played a very important role in his success. His parents moved to the United States from Ukraine when he was just a child, and he believes that it was their hard work and sacrifices that helped get him where he is today.

While there is a stereotype that people from certain cultures are heavy drinkers, Chmerkovskiy says he doesn’t like that stereotype, and doesn’t live by it. On several occasions he has stated that he isn’t a heavy drinker, but on the occasion that he does drink, he prefers Tequila.

Everyone has different things that turn them off, and some people’s turn offs are more bizarre than others. For Chmerkovisky, it’s dirty ears that he simply cannot stand. According to Chmerkovskiy, “Dirty ears. I don’t think I could ever forgive you for dirty ears. I’m not looking for it, but if I stumble upon your profile and there’s a little bit of untidiness in your earlobes, I’ll be turned off.” With that being said, make sure your ears are looking good when you’re about this guy!

Wendy Williams is best known for her gossip themed talk… 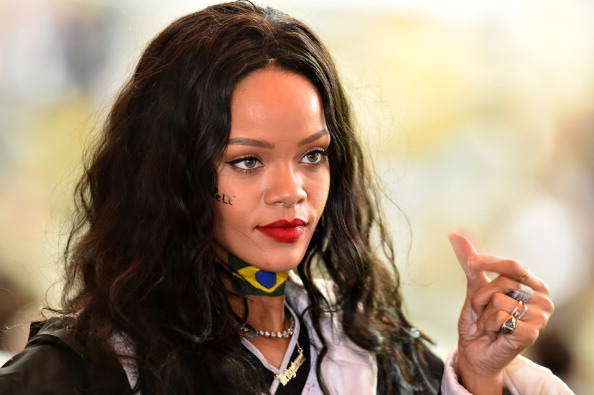 Rihanna is one of the biggest superstars alive today. And…

Ciara, an American R&B singer-songwriter and dancer, is infamously known…

Model/actress Olivia Munn has been working in the entertainment industry…

Hollywood can be a very competitive place.  Each year, the…

Actors and actresses earn a lot of money for their…