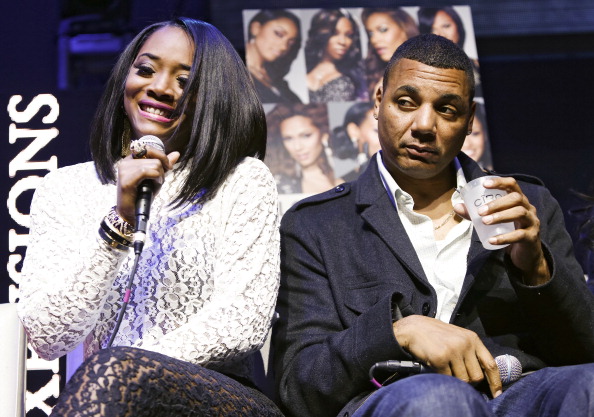 Rich Dollaz is quite the headline maker. Aside from being a cast member on the hit reality show Love and Hip Hop, he was arrested during an interview, his lady friends seem to keep themselves in the press for being a bit too rambunctious and happy to get right in the faces of others, and they love to make a mess of their lives. He’s been in the music business a long time, but he’s more famous for making poor choices and interesting decisions; and that’s what people seem to enjoy about Rich Dollaz. However, despite his constant presence in the media, there is still so much that we do not know about Rich Dollaz and his lifestyle, and that means it’s time to get to know this famous rapper a bit more.

He Went to College

It’s easy to make assumptions about Rich Dollaz based on his way of life, they way he speaks and the way that he presents himself, but did you know that he’s actually a college educated man? It’s not something that many people know, and it never fails to come as a surprise to those who do a little digging into his background. He actually went to college in Nashville. On that note, we have no idea whether or not he graduated.

Rich Dollaz has alluded several times to the fact that he is a frat boy and that he had some good times in his frat. Since most people were completely unaware of the fact that he even went to college, most people glossed right over this and ignored it like it was their business. However, it turns out that Rich Dollaz is rumored to actually be a Kappa Alpha Psi.

He was an Intern

Everyone starts at the bottom, right? For the most part, yes; this is true. For Rich Dollaz, starting at the bottom meant interning for none other than the very famous Puff Daddy, Puffy, P. Diddy, Diddy (whoever he is) at Bad Boy Records. This is how Rich Dollaz was able to get his start in the music business, and we’re pretty impressed that he was able to do so, to be honest.

You’ve seen her on the hit reality show on which Rich Dollaz stars, so you know that he’s her manager. But did you know that they don’t see eye to eye, and that he is someone that believes his clients need to take the opportunities that are offered to them rather than being too picky. He feels her career would be a lot more successful if she only took opportunities and used them to her advantage rather than ignoring them because they don’t look like perfection from the start.

When famous singer Cassie first hit the radio waves with her hit single “Me & U,” people instantly fell in love. And that’s a good thing; because she is talented. It turns out that her music was really hyped because Rich Dollaz knew she was good and wanted to be able to put her to work in the business, so he pushed the label to make this her single, telling them that she’d be really good. He was right.

He Never Got Engaged to Erica Mena

There were rumors for a long time that he and Erica Mena were engaged, but Rich Dollaz likes to say that they were just ‘messing around,’ and has never even admitted to being in a relationship with her. This might be news to her, as she makes it her business to tell the world that the two were exclusive and quite happy together. Apparently, he did not receive that memo.

Rich Dollaz is not hurting in terms of his finances. He’s got a net worth somewhere around $2.5 million, and all of that has to do with his success in the record industry. He’s not shy or afraid of making waves, so he’s been able to make money and see a lot of success in his business over the course of the past few years.

He was Arrested Buying Burgers

It wasn’t that long ago that Rich Dollaz made the poor decision to double park his car – in front of a police station. He was, as it stands, pretty hungry at the time, so he was probably making less than stellar decisions based on that simple fact. He parked his car illegally, and when the officers that work in the building noticed that it was there, they ran his plates, found a warrant out for his arrest and took him to jail as he stood in line at Five Guys for a burger.

He’s Not Fond of Child Support

Rich Dollaz has a significant net worth, but that does not mean he is a fan of parting with it. As recently as 2011, he was in the red more than $11,000 in back child support he should have been paying and neglected to do so. This just so happens to be the reason he was arrested getting a burger.

There has been months and months of speculation about the fact that he might be dating someone other than Erica Mena, to whom he was never engaged and never claimed he wanted to be in a relationship, but it turns out that his new lady friend is another reality star. Interestingly enough, it turns out that when he confirmed his relationship with Moniece Slaughter, it was only a matter of time before they called it quits. It turns out that he is now accusing the Love and Hip Hop: Hollywood star of stalking him. What’s even more interesting is the fact that she has confirmed the fact that she’s stalking him, posting that information on Twitter and making it known to the world that she does it, and that she’s all right with it. We find this quite interesting, to be honest.

When it comes to Love and Hip Hop, Teairra Mari…