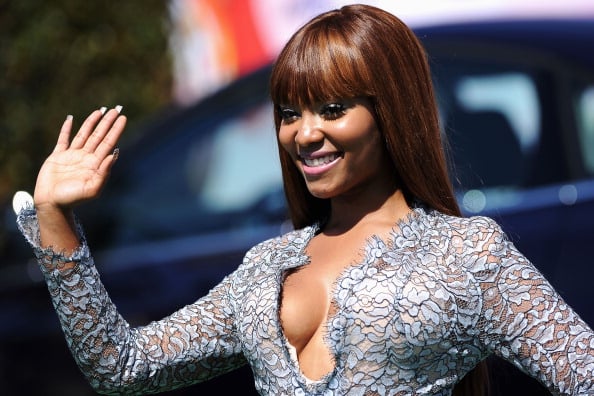 When it comes to Love and Hip Hop, Teairra Mari is definitely no stranger. Although she is currently a main cast member on Love and Hip Hop: Hollywood, she actually got her start with the franchise back in 2011 as a cast member on the original Love and Hip Hop. If you’ve seen her on both shows, you’ll know that a lot has changed for her over the years, and with each passing episode it’s clear that the one sweet singing Teairra Mari is anything but sweet. Between relationship drama and drama with other ladies on the show, Teairra Mari has proven that the best way to come for her is to, well, not to. But with that said, even the toughest people have their secrets. Here are 10 things Teairra Mari doesn’t want you to know.

Her acting career has been terrible

While most serious actors try to avoid reality TV, Teairra Mari better be thanking her lucky stars for it. Although she likes to act like a huge super star diva, the truth is, without Love and Hip Hop, Teairra Mari might have never made it in front of a camera again. While the 27-year-old has made several appearances in movies, her career has never taken off. In fact, other than the movie, Lottery Ticket, you’ve probably never even heard of her other work.

She was arrested…by an Uber driver

For most people, Uber is a great way to get a cheap ride across town – but for Teairra Mari, Uber is a great way to get arrested. According to sources, Teairra was using Uber to get around in Beverly Hills when she asked the driver if she could use his phone charger. When he told her no, she got violent and he was forced to pull the car over. The driver was forced to make a citizen’s arrest, and when police arrived on the scene, they found the driver’s charger in Teairra’s purse. Well, that’s one way to get charged up *Drake voice*.

If you’re a huge Love and Hip Hop fan, then you probably knew who Teairra Mari was as soon as she appeared on the show. Back in the mid 2000s, she hit the scene with her debut self-titled album. Young and full of potential, the success of her debut single “Make Her Feel Good” had many people thinking that she was here to stay. But unfortunately, Jay Z and the rest of the people at Def Jam and Roc-A-Fella Records didn’t feel the same. According to Teairra, she was dropped from her record label on the night of her prom. She also says that Jay Z, who she once saw as a father figure, didn’t even have the decency to call her himself.

Her music career is over

While artists get dropped from labels all the time, everyone isn’t capable of bouncing back. Although she has released several mixtapes over the years, it seems like her days of commercial success are long gone. On the show, Teairra doesn’t even mention her singing career, and never says anything about heading back into the studio to record another album.

Back in 2011, Teairra Mari was arrested for drunk driving which resulted in a car crash in Beverly Hills. Teairra was driving her car down Santa Monica Blvd. when she drove into a car in front of her. According to reports, she resisted arrest and scratched an officer in the process. She was taken in and charged with a DUI and assaulting a police officer.

She lost her spot to Rihanna

When Teairra Mari lost her record deal, she was completely surprised. However, at the time, many people speculated that Jay Z dropped her so that he could place all of his focus on Rihanna, who also released her debut album in 2005. While the playing field may have seemed even back then, it looks like he made the right choice. As you know, Rihanna has gone on to be one of today’s biggest artists, and her star power is like none other. Although there’s no denying that Teairra Mari is talented, her and Rihanna aren’t even close to being in the same lane.

She’s not a good friend

Nobody likes to be accused of being a bad friend, but unfortunately for Teairra Mari, her friendship tactics have been caught on national TV. Throughout her time on Love and Hip Hop: Hollywood, she has shown that the only person she’s really interested in looking out for is herself. Although she knows how to say the right things and cry on cue, Teairra is willing to step on anybody to get what she wants.

She’s out of control

Having no control over your emotions, especially as an adult, is nothing to be proud of. Teairra Mari’s ex-boyfriend, and current Love and Hip Hop co-star, Ray J has said that the reason he had to end his relationship with her is because she can be very violent. Throughout her time on the show, it’s become pretty clear that he wasn’t playing. Teairra Mari has no problem letting things escalate until the point of blows, and it seems like getting in people’s faces is her first resort when handling issues.

She still wants Ray-J back

Getting over an ex is hard, especially when you have to do it in front of a bunch of cameras. When this season of Love and Hip Hop: Hollywood began, Teairra Mari made it very clear that she had moved on and didn’t want anything to do with Ray J. But of course, as the season progressed, she somehow found a way to interfere in his life. Say what you want, but those are definitely the signs that she wants him back, but by the looks of things, that isn’t going to happen.

There’s nothing worse than a person who just can’t let things go. Well, if you ever cross Teairra Mari, you better believe that she isn’t going to let it go. Instead, she’ll find a way to get you back – no matter how long it takes.

Rich Dollaz is quite the headline maker. Aside from being…