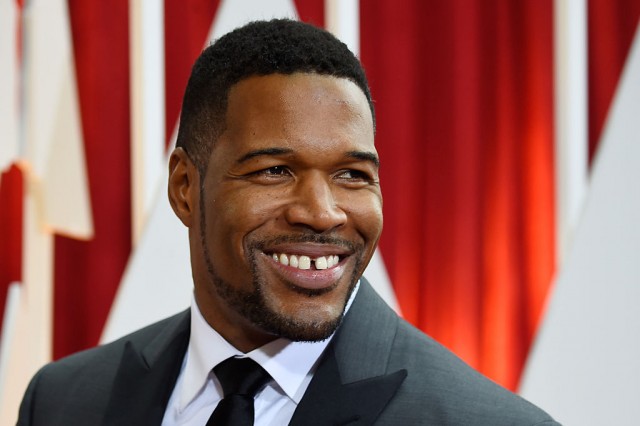 The world adores former NFL star and television host Michael Strahan, but they are a little bit upset with him at the moment. It seems that he’s been planning a departure from his job as co-host of “Live with Kelly and Michael,” alongside the very famous Kelly Ripa to take on a full-time position with “Good Morning America,” and he sort of forgot to mention that to his co-host and longtime friend. In fact, she had no idea that he was in negotiations to leave the show until the news broke on national television earlier this week. What a way to find out. Now things are all kinds of awkward and upsetting for her, she’s not been back to work all week and she’s feeling the pain of her firend’s lack of consideration.

The world is a little bit upset with Michael Strahan and the people at ABC for not handling this delicate situation a bit more eloquently, but what’s done is done. We still love Michael Strahan, and we are always happy to learn a bit more about the hilarious ex-football star.

Michael Strahan is not a man with few talents. If you thought he was good on the football field, you might be surprised to learn that is not his only successful talent. He is also quite the matchmaking success story. He has set up Erin Andrews with her longtime boyfriend, and he set up Angie Harmon with her boyfriend. He seems to know what people want, how they like to live, and which people would make a great match for them. He’s good at it.

He once tackled a bear

Michael Strahan is a big man, and he once tackled a bear. Not many men are brave enough to do this in their lifetime, but he did it. Okay, it wasn’t a real bear. It was a Chicago Bear; a football player. We still love this story because there are not many men in the world that would even bother tackling this kind of bear. What a brave soul.

He doesn’t use if

Growing up, Michael Strahan’s dad taught him a very valuable life lesson. He taught his son that the word “if” is not one a person should ever use. He feels that it hinders a person’s ability to achieve greatness and he always encouraged his son to use the phrase “when” instead. It’s something that Strahan listened to and something that he has been very good at practicing his entire life. We think it’s safe to say it works for him.

He talks to his socks

Why? We don’t have an actual idea why he likes to talk to his socks. All we know is that before he was in any NFL game throughout his entire career, Michael Strahan would carry on a conversation with his socks. Perhaps it was relaxing. Perhaps they just listen well. Perhaps he is someone who is just a little bit strange and we are all right with that. Either way, he talks to his socks.

He loves to decorate

There are some men in the world who would never admit to this, but Michael Strahan actually really enjoys decorating. He is a big fan of it, and he actually does a pretty good job of it. He enjoys buying homes that need some renovation, working on them and even decorating them. We are quite impressed that he can do all of the above.

He did not fulfill his childhood dream

Growing up, Michael Strahan did not want to become a famous star. He wanted to see the stars; literally. He was always a fan of becoming an astronaut and it was his one career goal his entire life. He might not get to see the stars up close and personal in space, but he does get to see another kind of star up close and personal every single day, and that’s something to be proud of.

His favorite job is dad

Michael Strahan is a man with many hats. He’s a professional football player (retired). He’s a sports commentator. He’s a news show host. He’s a talk show host. He’s a father. His favorite job, though, is dad. He has four kids of his own, from 22 to 9-year-old twins, and he loves them endlessly. He spends a great deal of time with his kids, too, and that is something he feels is very important to him and to his kids.

Hardboiled eggs freak him out

Do you love the smell of hardboiled eggs? To be fair, does anyone love that smell? I cannot stand it, and neither can Michael Strahan. It seems normal to me, but sometimes people like strange things like the smell of gasoline or cheap perfume or boiled eggs. To each his own, but I’m going with Strahan on this one and I think a lot of you will, too.

He has a sweet tooth

He works very hard to maintain a trim and healthy physique, but Michael Strahan is still human. He has the same sweet tooth many of us have on occasion. The only thing he can brag about, though, is that when his sweet tooth starts craving something sweet and amazing, he usually goes for something that’s sweet but still healthy. I usually reach for a Hershey bar or a Reese’s Peanut Butter cup. Or a Starbucks Latte; nothing healthy, you can be sure of that.

He loves his phone

We all love our phones. I mean, look how much time we all spend talking on them and working on them. However, Michael Strahan feels he has a very obsessive relationship with his phone that allows him to spend more time on it than he probably should. He’s addicted to Candy Crush, and he is not even ashamed of his addiction. We think that it’s all right, since he is only human and he could have picked a vice that’s a bit more dangerous; like an obsession with online shopping. 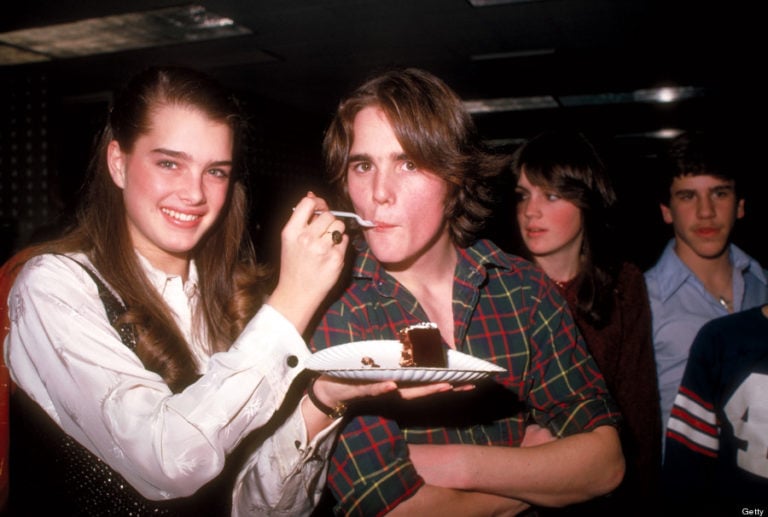 While acting is a career that some people fall into…

We keep things real around here at CelebrityToob, and we…

Over the course of her career, Rihanna has become one…

It seems that no judge is letting any of the…

For those of you waking up every hour during the…