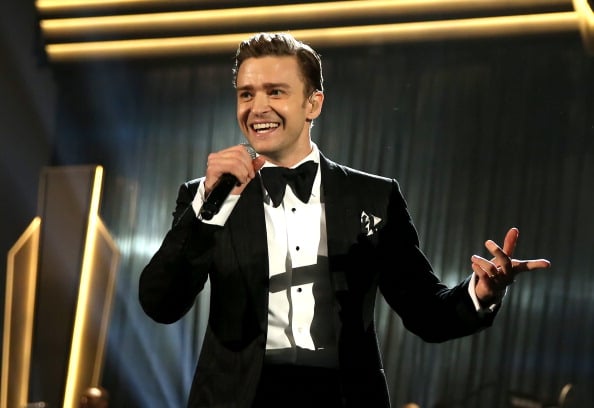 There was a time when if you wanted to make it in Hollywood you had to be a triple threat. What that means is, you had to be good at singing, dancing, and acting. To be good at just one of the three limited your job opportunities by one-third. In the fifties or sixties, if you were not a triple threat, you weren’t working. Though, over time, Hollywood has made it less essential, it can still really help with your climb to stardom, as you will see from the following examples. Here are 15 celebrities who are triple threats. A few you know, a few might surprise you. 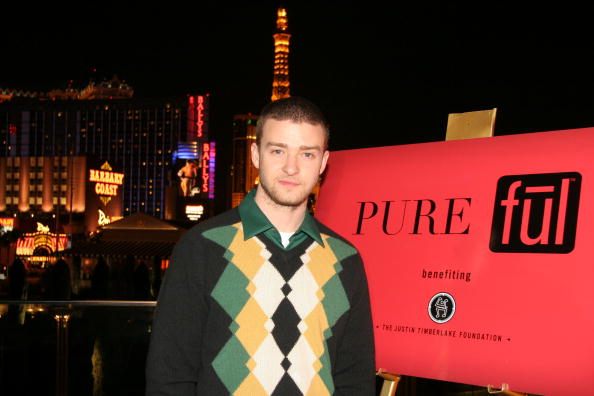 Justin Timberlake is, in every sense of the word, a renaissance man. An incredibly talented singer and dancer, he was not comfortable in those being the only areas he dominated, so he moved on to acting. Say what you want about some of his films, but stints hosting SNL are some of the best episodes of that show’s history. On top of that, he just seems like a genuinely nice guy constantly looking out for his fans and doing unexpected good deeds.

(Photo by Getty Images for Ful) 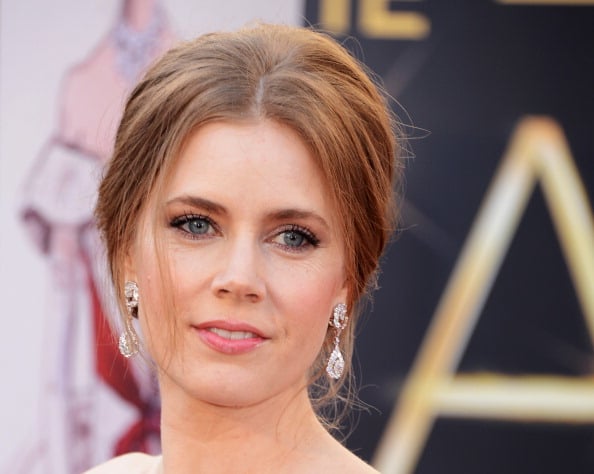 In many senses, Amy Adams harkens us back to old Hollywood. When the starlets were glamorous, and just seemed to have the talent in them to do anything, and do it well. Though Amy Adams may be more well known lately for her acting, as she proved in the movie Enchanted, she can belt out a tune, too. As far as dancing goes, she actually got her first gig as a dancer for a dinner theater group. Bam, triple threat right there. 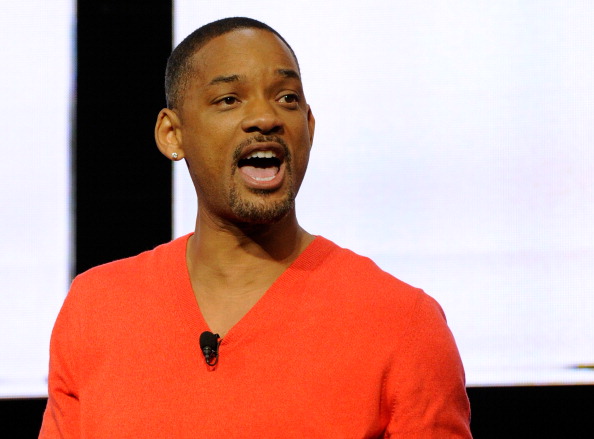 You can’t name celebrities who are triple threats and not name Will Smith. Though he started out as the Fresh Prince with his music career, he was soon given a show to showcase his acting talents as well. But once he made Six Degrees of Separation, people realized this Will Smith cat could do it all, and do it well. Not too sure if he can still get “jiggy wit it”, but we bet he is still just as good of a dancer as he was in his rap days. 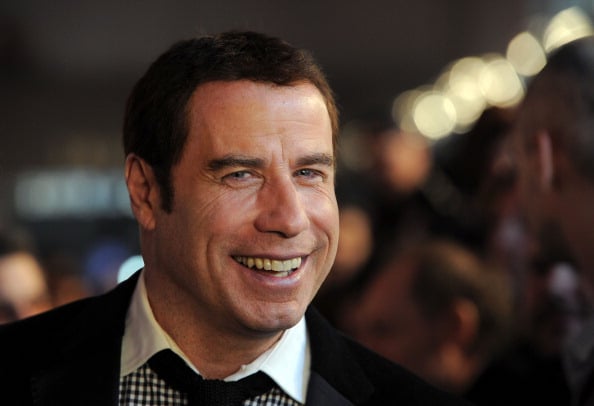 John Travolta comes from the old school, where being a triple threat was more a necessity. Just think of his first role you really remember him in: Grease. Singing, dancing, and acting. But he also made Hairspray recently, proving he still has that singing and dancing bug in him, too.  And please let us not forget about Saturday Night Fever!  Clearly that’s one of the most unforgettable roles of his entire career. 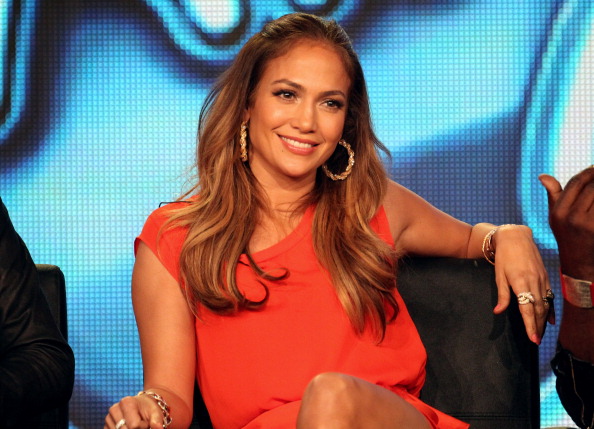 At first she was a choreographer and back-up dancer for the show In Living Color, but she realized she wanted in front of the camera, too. From there, she just went for it. Within a decade, all the world knew her name and knew just how much talent she had. The craziest part is, 20 years later, she looks the same and can move just as good.  In fact we’d argue to say that Lopez is in the prime of her career right now. 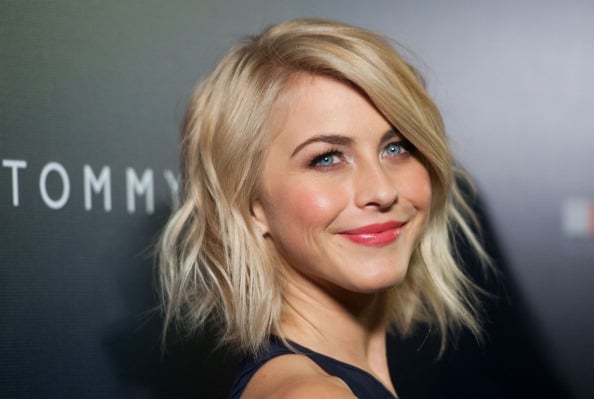 From Dancing With the Stars to country music to breaking through into film, Julianne Hough seems like one of those souls who was just born to be on stage, doing her thing. The best part with Julianne Hough is, we are still in the earliest stages of her career. Suffice it to say, it will be very interesting to see just what this triple threat has in store for us in the future.  Granted she needs to work on her acting but something tells us she’ll do just that. 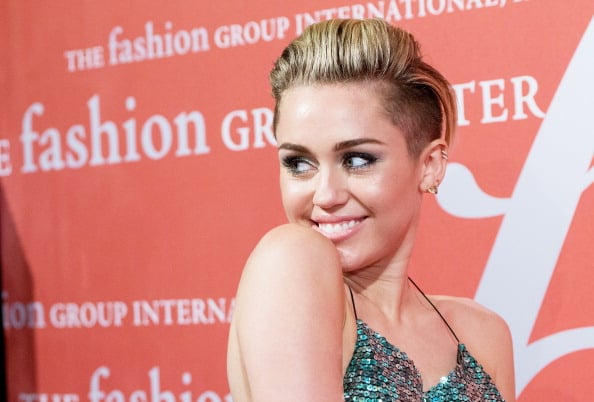 When it comes to celebrities who are triple threats, Miley might just be on the top of the pack right now. Everyone knows her name, and has closely watched her every move in the last few years. The craziest part about Miley Cyrus is she is in a constant evolution with herself. You never know what version of her will appear next. Any way you slice it, though, the girl can do it all. And do it well.  Does anyone else agree that she’s the modern day Madonna? 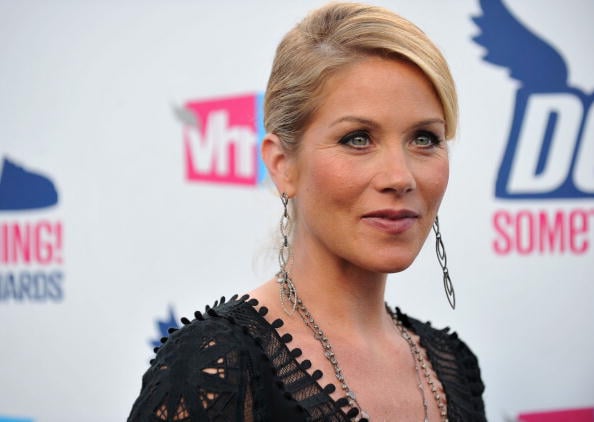 This one might surprise you because you know her better as an actress than anything else. But Christina Applegate is a triple threat, through and through. She did ballet as a child, which crosses the dancing off. She has done some singing on Broadway, which crosses out the singing aspect. And we all know her very well from her multiple cinematic roles.  We never thought that Kelly Bundy would reinvent herself the way she has but Applegate is definitely a star. 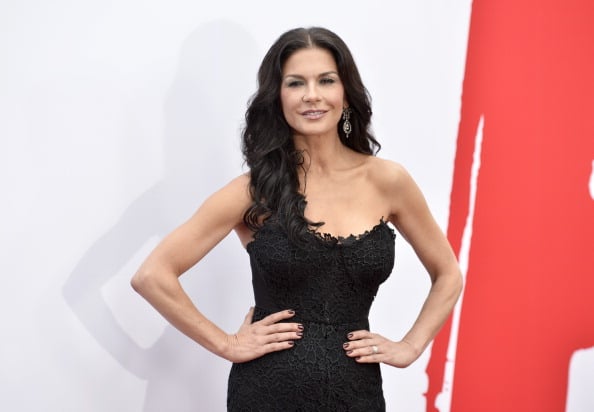 First and foremost, we want to point out, Catherine Zeta Jones makes being a triple threat seem easy. She almost seems more at home in front of a live audience, doing Broadway, than she does acting. What was great is she is one of the few actresses who got to meld all three with her cinematic and broadway role in the classic show, Chicago. It is hard not to walk away from that singing her distinct version of “He Had It Comin'”. Great pipes and great talent, all around. 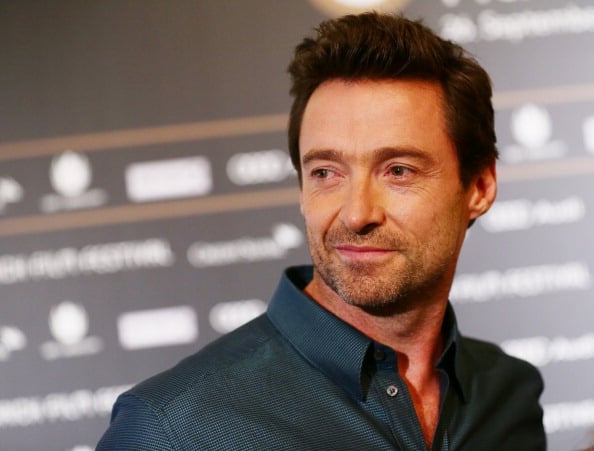 There are few things in the world more surreal than seeing the guy you are used to playing Wolverine, singing stage shows. For a minute, it throws you off. Then you actually realize how good he is and you forget about the Wolverine stuff for a moment. Truth is, Hugh Jackman is a true showman, and has spent as much time singing on Broadway as he has had acting on-screen. Something many finally got to see in that broadway show that turned into a movie, Les Miserables. 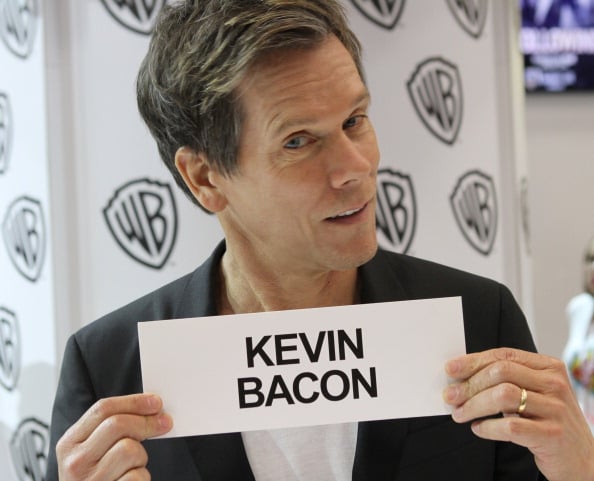 We know the dude can (kind of) dance, because the 80’s classic Footloose (and a recent Jimmy Fallon entrance he did). We know the guy can act because he has been in everything in the last 20 years. But did you also know he can sing? The Bacon Brothers is the name of the country garage rock band he does with his brother. While it may not be our type of music, it definitely lands him a solid spot on the list.  His music is pretty solid! 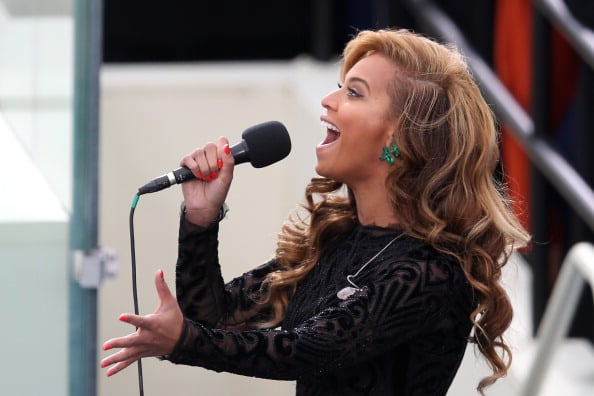 What do you even say about this woman right now? Is there anyone more powerful in all of show business? How about her talent? The woman can do anything. She proved with all her music and videos, she can sing and dance effortlessly. And she has proved with her foray into films that she can also act. The real thing we need to ask here is, what’s next for her? Directing? Being the first female president? Who knows, but apparently very big things. 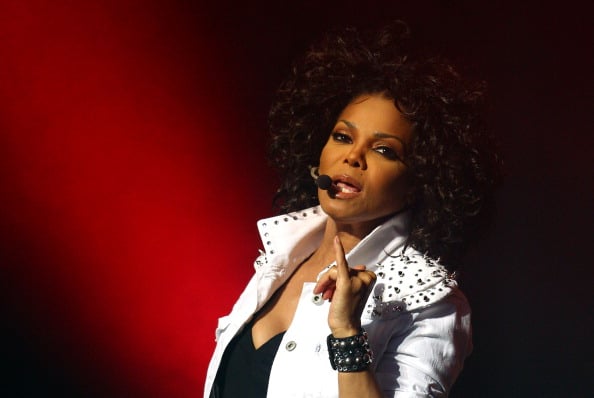 No list of triple threats would be complete without at least ONE Jackson siblings. Though Michael did a few bits here and there, Janet was acting on TV since she was just a wee child. The singing and dancing did not come until later for her. Even after she established a huge music fan base, she still went back and did some acting with Tupac in Poetic Justice. As far as her dancing skills, she is a Jackson. Of course the woman can dance. 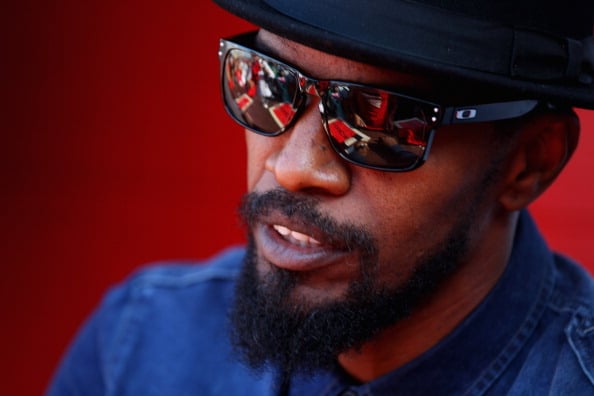 So this is the second person on the list who also came from the show In Living Color. Coincidence? I think not (but probably). It may have been easy to write Jamie Foxx off when you first saw him as just a funny man. That would be easy to do, considering he is hilarious. But he wanted to show the world he was so much more than that, and he has. From his own amazing records and videos, to his mesmerizing on-screen presence, Jamie Foxx was one I think we may have all underestimated a little bit. Truth is, he probably has other talents we don’t even know about.

(Photo by Joe Scarnici/Getty Images for The Weinstein Company) 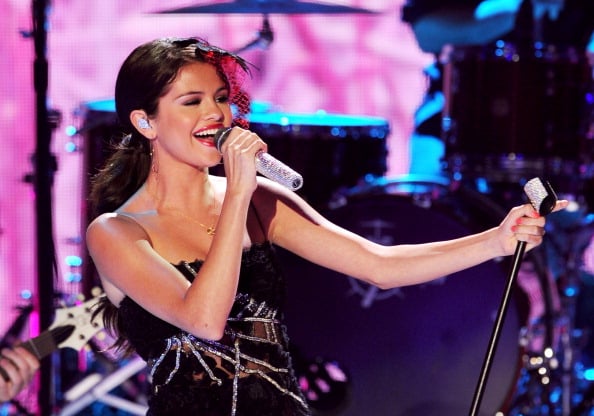 One thing we have to credit to Disney for. They know how to spit out triple threats. We started the list with an ex-Disney star, and we end the list with one as well. Selena Gomez might be known just as well for all three of her abilities. Singing, dancing, acting. But many people wrote off the acting part, thinking she was just a Disney actress. She proved everyone wrong with Spring Breakers, and left some jaws hanging open in the process. The very definition of a triple threat celebrity, right there.

The news that Brad Pitt and Angelina Jolie married last… 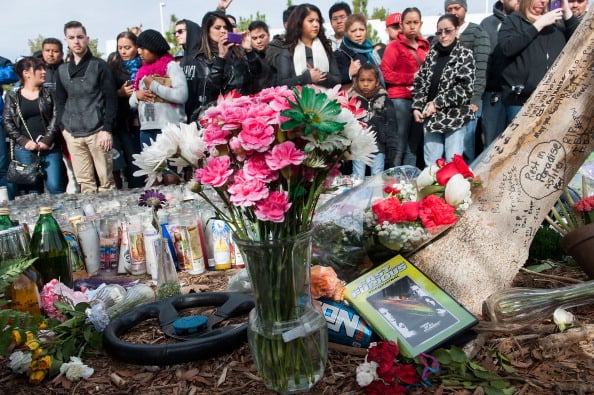 Paul Walker was laid to rest this weekend in Hollywood… 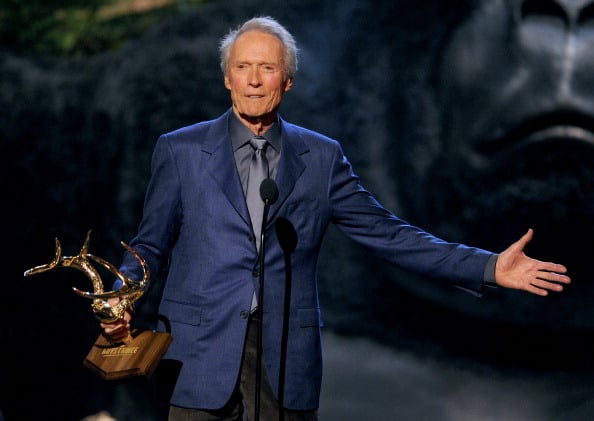 Clint Eastwood is one of the most accomplished figures in…

Lindsay Lohan has had a roller coaster ride of an… 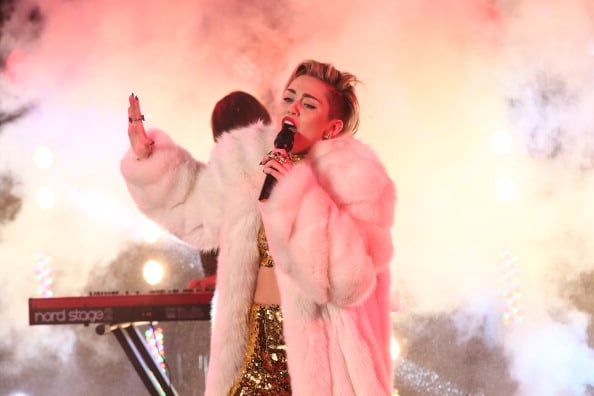 So Miley Cyrus just landed herself the new Marc Jacobs…