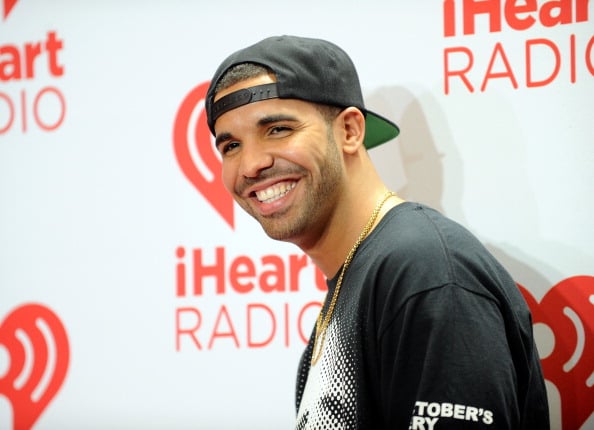 Drake is one of the hottest singers of the moment, and his many number one songs just go to show why the young star is so relevant. He’s handsome, smooth and he has a lot to say in his songs. His lyrics are often intelligent, intentional and thought-provoking, which is something not too many artists can say these days. Drake, however, makes it a point to say what’s on his mind, giving us something to think about. When he’s not busy singing songs that have some pretty relevant quotes, he’s on Twitter posting things that we just can’t help by considering thoughtful and inspiring. We’ve rounded up a comprehensive list of some of Drake’s most thoughtful and inspiring quotes to date.

If that’s not one of the best lines that we’ve ever heard, we don’t know what is. Drake has hit the nail right on the head. Whether people talk about you in a negative manner or they worship the ground you walk on, it doesn’t matter. Sure, it feels better to be loved. However, being hated means just as much as being loved. It means you’re doing something so worthwhile that people can’t forget who you are. People who don’t matter don’t have to worry about others speaking negatively about them. People who matter, they will hear it all. The best way to remember to get over the negativity is to remind yourself that it doesn’t matter what they’re saying; just that they’re saying it.

“My mother made me truly appreciate women”

A man who loves and respects and appreciates his mother is a good guy. A man who admits that his mother is his number one and that she’s raised him well is an even better guy. The fact that Drake admits that his mother is the one who taught him to appreciate women is a big deal. Most men won’t admit that. Some men don’t have that luxury. Other men are too ashamed to admit that they didn’t take the lesson their mothers gave them, and instead chose to treat women poorly. It’s a good quote for a man to keep in mind; whether your mom is amazing or awful, she has something to teach you about women and how you should appreciate them.

If you’re truly honest with yourself, you can admit that it’s the journey that you talk about; not the destination. It’s the road to success that makes you successful and intelligent; not the finish line. The journey is the road that takes you where you want to go, and it’s the road that teaches you how to get there. Every mistake, every success, every misstep and every right step are learned along the way. This is the journey that will teach you all about your end-stop. Without the journey teaching you about the destination, you have no idea how to get there, how to stay there and how to actually be happy there.

“Jealousy is just love and hate at the same time”

What a powerful quote by Drake. Jealousy is very ugly, but it’s something powerful. It’s a feeling of love and hate all mixed together. For example, if you feel jealous of someone, it’s because you love what they have and hate them for having it. It’s a mixture. The only way to get past jealousy is to improve your own life. You can’t move past your jealousy if you’re not willing to take chances and have the motivation to improve your own life. What we take from this quote is that you have to use jealousy as a motivational factor. Figure out what it is that makes you jealous, and then figure out how you can achieve the same thing. Once you figure out how to get what you want by working for it, you won’t feel jealous anymore.

“I’d rather tell you how I really feel”

It’s a simple line that doesn’t sound like something that should go down in history as an amazing quote, but it is. It’s so simple it’s shocking no one else has gotten it before. What Drake is saying here is that at the end of the day, he’d rather just tell you honestly than work around the truth. He’d rather say what he’s really feeling than sugar coat the truth with pretty words and not quite true sentiments. In fact, if we take the time to think this through, I’m willing to bet the vast majority of us would see the reasoning behind just being honest and saying what we feel instead of trying to spare feelings. At the end of the day, honesty is the best policy. Honesty is something that is going to get to the point and then it’s going to cause situations to end before they begin, spare feelings that are hurt in the future after dishonesty, and make people happier in the long run.

“Haters don’t really hate you, they hate themselves cause you’re a reflection of what they wish to be”

If this is not the truth, we don’t know what is. People who hate other people rarely do so for a good reason. Of course there is valid reason to hate people; those who hurt us. However, when someone is a ‘hater’ what it means is that they hate someone for no particular reason. It’s like me saying, “I hate Miley Cyrus,” when I’ve never met her and she’s never hurt me. I may not care for her style of music or her choice of clothing, but that’s simple preference; not a reason to hate her. While it doesn’t mean anything when you dislike someone’s choices or their beliefs, it does mean something when you hate on them for their own issues. It’s called jealousy, and it’s something ugly. People hate people that have what they want, and it’s not pretty.

Tameka Raymond is much better known as Tameka Foster, stylist…

There are millions of people who would love to get…

She’s one of the most prolific actresses of our generation,…

Calvin Harris is one of the most talented DJs in…

Have you ever had a habit or a routine that…