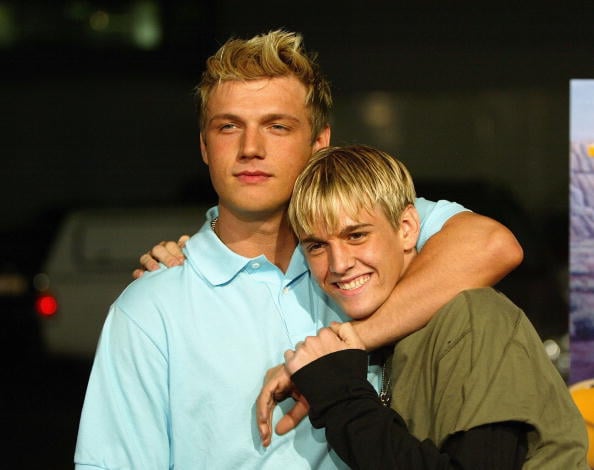 Aaron Carter rose to fame after his older brother, Nick Carter, became famous as one of the Backstreet Boys – the famous boy band from the 90s. While the brothers have been at the height of fame and fortune throughout their lives, they’ve also been at rock bottom. These two have been through more than most people realize, and a lot of it probably has to do with growing up in the spotlight. Not all kids are equipped to grow up with the eyes of the entire world watching their every move, and the kids in the Carter family all had trouble with that.

Nick and Aaron Carter and their sister Leslie Carter were all drug addicts at some point. Each one of the kids in this family spent time taking too many drugs and drinking too much without caring for the consequences. Those consequences, unfortunately, ended up being the loss of their sister, Leslie, to a drug overdose in 2011.

This is a family who was in the spotlight for so long and had so much access to so many things that kids this age should never have access to that they went down the wrong path in life. With such promising careers, so much to offer themselves and such bright futures ahead of them, each chose to abuse substances. Fortunately for Aaron and Nick, they’ve been able to kick their drug addictions. Nick Carter still admits he struggles with alcohol consumption, but he’s long since been sober where drugs are concerned.

Is there some sort of curse associated with being a child star in the spotlight from a young age?  Maybe; and maybe not. It’s not an easy job to be a child with a job. You have a life that’s different than everyone else’s your age, and you don’t get to do the ‘normal’ things that others get to do. You’re denied the anonymity of living your most awkward years in relative privacy, and kids this age just aren’t able to handle criticism and the rude comments of the general public. It’s a difficult path, but if the parents of child stars remember that they are parents and allow their kids to lead as normal a life as possible, it is possible they will turn into responsible young adults. However, many parents begin to be their kid’s friends, using their kid’s fame for their own personal gain and forgetting to enforce rules, boundaries and guidelines for their kids. Not all child stars will end up like the Carter brothers, but it is a real risk.

Becoming a parent is something that most people look forward to. For some, there’s nothing more satisfying than bringing new life into the world, and passing on wisdom to the next generation. But while most…

She is among the most interesting of all the housewives, and that’s what makes Carole Radziwill so fascinating to so many people. She is the real housewife from New York City that tends to be…

With the rise of social media, people now have access to each other like never before.  Platforms like Twitter provide people with a public stage to communicate with others, and sometimes, this means of communication…

Cameran Eubanks is a woman with a busy life. She’s known for her role in “Southern Charm” as well as the “Real World,” and she’s even a new bride. The lovely blonde has been busy…

For some people, life in the spotlight seems like the ultimate dream-come-true.  However, many people who have actually experienced fame have a different story to tell.  While grateful for the opportunity, some stars have chosen to walk…