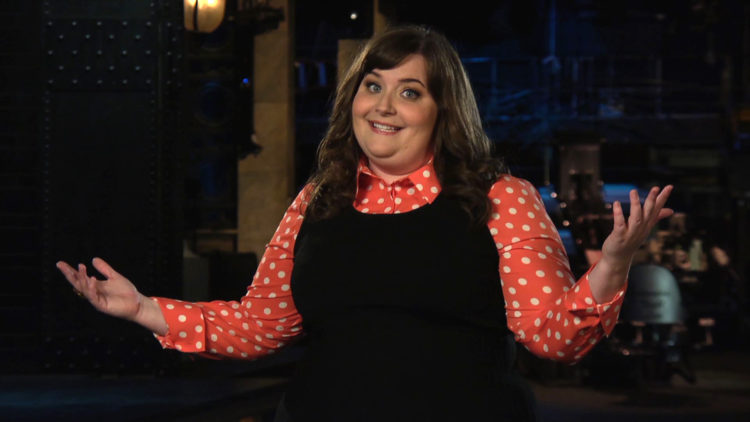 Aidy Bryant was born on May 7, 1987 in Phoenix, Arizona and is an American actress and comedian who has recently become a familiar face and name on some very popular shows and in comedy headlines. She comes from an English, Irish and German lineage, and has one brother. Bryant has completed several levels of education and focused her efforts on comedy and improv, and has already proven herself in comedy roles by winning an award in a comedy series. She is now engaged to a fellow comedian and is one funny lady that has quickly been growing in popularity in Hollywood. You may have heard the name from Saturday Night Live or other comic roles she’s played, but here are 10 things you don’t know about Aidy Bryant.

1. Got her interest in comedy at a young age

When Aidy Bryant was only in middle school, she participated in theater classes and went to summer camps that were centered around improvisation. Her parents encouraged her love of comedy and improv by enrolling her in workshops at what is the now-defunct Arizona Jewish Theatre Company. This was only the beginning of her education and training in improv, as she went on to graduate from Xavier College Prep school in 2005, and 4 years later graduated from Columbia College in Chicago in 2009, after receiving her B.A. There, she studied the college’s comedy program devised by the Theatre Department and The Second City.

Aidy Bryant is best known for her time on Saturday Night Live during season 38. SNL has been on the air since the 70’s and has featured some of the most notorious names in comedy, from Chevy Chase, to Eddie Murphy, Bill Murray, Steve Martin, Martin Short, and many more. One of her most memorable roles she played was the part of Adele, the singer. Many comedians got their start on SNL and now, Aidy Bryant will also be remembered on the ever-popular show.

Bryant is a plus-sized woman and talks freely about her size, saying that there is a large majority of women who are size 14 and more. She calls them women with “real bodies,” and discusses the fact that there just aren’t enough cool clothes for women with this size body or figure. During an interview, she talked about her battle with trying to get SNL to change her wardrobe due to the slim pickings they offered her for costume design. She described the clothes as “old lady” dresses and gowns and that isn’t her style. Bryant says she prefers short dresses – not too short or mini-skirts, but short enough so that if she went out dancing all night, no one would be stepping on her dress.

4. Engaged to another popular comedian

Aidy Bryant announced her engagement to fellow comedian, Connor O’Malley, who at one time was a writer on Late Night with Seth Meyers. He’s has an extensive comedian background with being credited for 156 episodes of the show through 2016, and was part of the crew for the show, when they were nominated for the Writers Guild Award for best Comedy/Variety Talk Show. He was not only a writer for the show, but also played several characters as well, including, “Anniversary Guy,” “Ryan Lochte Superfan,” and “Gorbon Hausinfrud.”

5. Her marriage proposal was as comic as her career

Bryant told her engagement story to the audience of Late Night with Seth Meyers recently, and described the proposal as “out there,” and unbelievable at first. One night after just returning home from work, Bryant noticed her dog wearing a bowtie and thought that was odd, since he never wears a bowtie. Her now fiancé, came bolting around the corner holding only a ring, no box, and just frantically asked her to marry him. She thought it was a joke at first, but soon realized he was for real. When she asked why he proposed so hastily and frantically, his reply was that he had to catch her before she took her bra and make-up off because he knew that was how she wanted to be – fully dressed and make-up on when a proposal was offered and he knew he didn’t have much time before both were gone.

In 2014, Aidy Bryant had her cameo role when she accepted a role in the sequel to The Amazing Spider-Man. She has also made guest appearances on Broad City, Documentary Now!, The Awesomes, and Girls. Just last year in 2016, Bryant was offered a recurring role as Alice, in the Louis C.K. series, Horace and Pete.

Aidy Bryant grew up in a fairly regular home in Phoenix, AZ with her mother, Georganna Bryant, her father, Tom Bryant, and one brother. Her mother owns and operates a boutique in Phoenix, called Frances. Her parents were both active roles in helping Bryant fulfill her dreams of becoming a famous comedian, which she apparently has seen this dream realized.

8. First performances in comedy and improv

When Bryant was first starting out and while attending Columbia College in Chicago, Illinois, she would perform with several famous comedy troupes in the area. The two comedy troupes she became closely aligned with were The Second City and iO Chicago.

10. Participated in the making of a famous SNL scene

“(Do it on my) Twin Bed, was a parody and music video that was written and created by Chris Kelly and Sarah Schneider. But Bryant lent her hand in the tune to the video and played an active role in creating the hilarious music video that made it into SNL’s season’s most memorable moments episode.

Celebrities are constantly in the spotlight. We, the people, following them and often emulate their styles. Let’s face it, if we see something that looks cool, we’re going to wear it ourselves. Celebrities have the…

Nicole Richie got a new show for VH1 based off of her Twitter feed. The feed is called Candidly Nicole (which we think will be the name of the show, too) and it features the…

Man, when will Charlie Sheen learn? You can’t just do what you want, whenever you want, and not expect it to catch up with you at some point. Life is not like that. People take… 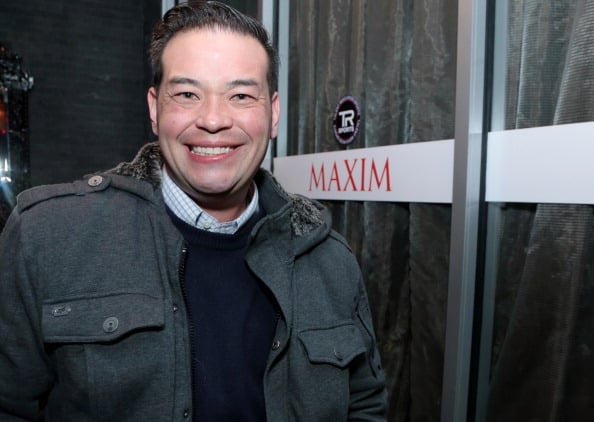 It was only a matter of time before Kate Gosselin was strapped for money and had to make a decision to exploit her family on television once again. This time, however, Jon Gosselin isn’t going…

Channing Tatum might need to brush up on his acting chops if his looks aren’t going to get it done for him anymore. Tatum appeared on Ellen this week and told the talk show host…

Not so shocking news out of Boston this morning as 23 year old Kiss 108 intern, Mariela Sanchez, claims that French Montana lured her back to his tour bus for an interview where he made…