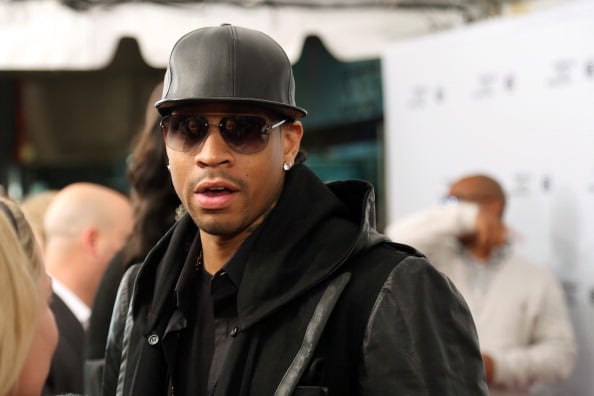 Allen Iverson is a former professional basketball player with the NBA with a net worth of $1 million. Born on June 7, 1975 to Allen Broughton and Ann Iverson, he was given his mother’s name because his father left them alone. Iverson’s mother was only 15 when he was born, and she was left to raise a son all by herself in Virginia, where her life was already not easy. His mother worked hard to support him, and she encouraged him to play sports and stay out of trouble. Realizing he had a great deal of talent on the basketball court, he chose that as his sport. It wasn’t long before he was in high school and making a name for himself across the country.

Allen Iverson was the quarterback of his school’s football team during high school, when he went to Bethel High School. He was also a point guard on the basketball team, though he preferred football. His team won both state championships his junior year thanks to him, and that’s when he was nominated for and won the Associated Press’ High School Player of the Year Award…in both sports.

Allen Iverson would run into a bit of trouble as his junior year came to an end, becoming involved in an altercation that would lead to his arrest and a 15-year prison sentence of which 10 years were suspended. After only four months as a 17-year-old inmate at the Newport News City Farm, he was released after he was granted clemency by the Virginia Governor. Lack of evidence was cited as the reason for the overturn of his conviction two years after he was first arrested. He was not able to go back to his former high school, but he was able to go to a school for troubled students. Georgetown University head coach didn’t care that Iverson did not play his senior year; he knew well enough that he would make a great player and recruited him.

He was named the Big East Rookie of the Year the following year at Georgetown as well as a slot on the All Rookie Tournament First Team. He played two seasons with Georgetown before leaving for the NBA; he was the first player ever to do so under the coaching tenure of John Thompson. Allen Iverson was the first overall draft pick by the Philadelphia 76ers, and he went on to win numerous awards, accolades and championships during his 17-year career with the NBA on various teams. Unfortunately, Allen Iverson was also arrested on numerous occasions and he was accused of being a habitual gambler and an alcoholic by many of the people closest to him. He managed to blow through hundreds of millions of dollars throughout the course of his career, including his millions of dollars earned in the NBA as well as the tens of millions he earned from his many endorsements.

However, it was previously reported that Allen Iverson had a net worth of -$1 million. Now he has righted that because it appears that someone at Reebok cared very much for the celebrity player and created a trust fund that would allow him to draw $1 million per year from the account until he is 55, when he is eligible to use the account in his entirety.

Courtney Stodden is an American reality television show contestant and…

Lauren Conrad is an American reality television star, author and…

Lisa Vanderpump is a British reality television star and restauranteur…

Carmen Electra is an American television personality and model with…

Wentworth Miller is an American actor, model, producer and even…