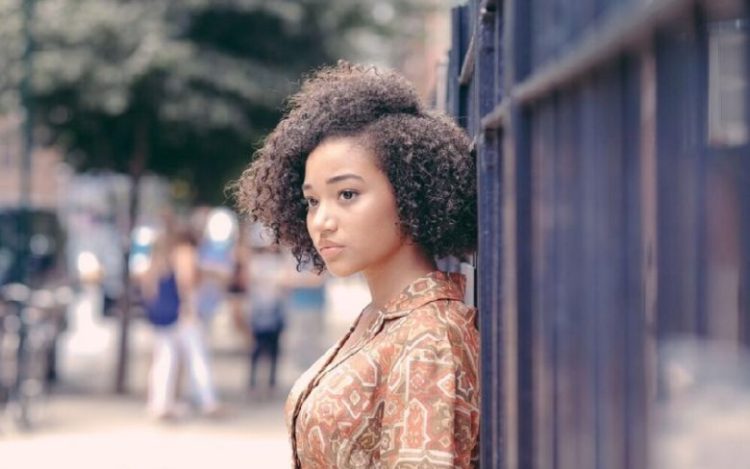 Amandla Stenberg is an American actress that was born in Los Angeles, CA on October 23, 1998. Her mother is African-American and her father is of Danish decent. She has been acting in feature films, TV shows, doing voice overs, and is a very talented musician. Amandla is also very involved with her activism  beliefs on social media. She is often found posting about the different subjects and issues that she believes in, and is very vocal about her stance on certain issues with black women, children and hunger, among other important issues. Her posts have gotten her noticed among some big names in the news and Hollywood and has appeared on Oprah Winfrey’s, SuperSoul Sunday, as well as she was featured in Time magazine for their 30 Most Influential Teens in 2015 and 2016. You may think you know who this teen is today, but here are 10 things you didn’t know about Amandla Stenberg.

1.  Her name has deeper meaning

Her parents didn’t just pick a name out of the air for this young girl. They wanted her name to have meaning and that is what they gave her. Amandla means, “power,” in Xhosa and Zulu. Amandla explained how her mother got the name. After listening to Miles Davis’ album from 1989, “Amandla,” it came to Amanda’s mother, that that was the name she was going to give her daughter, if she ever had one. And more than that, “Amandla Awethu” was typical during anti-apartheid rallies in South Africa. This is what was shouted, and it means, “Power to the people!”

When Amandla isn’t acting, doing a voiceover, interview or writing, she is playing music. She is multi-talented and an avid player of the drums, guitar and violin. Amandla started performing at LA venues with singer/songwriter Zander Hawley in 2013. Together, they are a folk-rock duo and go by the name of Honeywater. They released their first EP in August of 2015, followed by their second one in November 2016.

3. Used Kylie Jenner and her social media to teach the internet

When Amandla saw a picture Kylie Jenner had posted on her Instagram of herself wearing cornrows in her hair, Amandla took to the internet and posted a response to the pic, and that post got a lot of attention. The posting read: hashtag #whitegirlsdoitbetter: “When u appropriate Black features and culture but fail to use ur position of power to help Black Americans by directing attention towards ur wigs instead of police brutality or racism.”

4. Had a famous prom date

It was one off the most interesting prom date combos, but the two looked very good together. Amandla took Jaden Smith, Will smith and Jada Pinkett Smith’s son, to her prom. Amandla had her hair styled in gray braids, while Jaden was interestingly fashioned in his own unique style, wearing a black and white dress. Most people were envious of the couple at how chic and cool they looked. That’s a prom to remember.

5. Has a tight-knit relationship with her mother

Amandla and her mother are very close. So close, in fact, that the 2012 issue of Essence, did a write-up on their relationship and praised her mom for giving her the gift of power. Amandla was quoted as saying, “Within months after reading the novel The Hunger Games, I went from telling my mom that I could see myself as this character [Rue] to actually getting the role,” Amandla said. “My mother reminds me that if I could manifest such an important role just because I wanted it so much, all of my dreams are possible.” Her mother sounds like a true inspiration, and the perfect support for helping Amandla to succeed the way she already has.

6. She is a youth ambassador

Amandla holds specific causes very dear to heart, one of which is hungry children in America. She is the ambassador for the nonprofit organization, No Kid Hungry. They are an organization that is dedicated to ending the problem of starving children right here in the USA. She is also an avid supporter of Ubuntu Education Fund, which is another nonprofit org that helps support the aid of education for South African Children. This is one busy young girl, but she is determined to make a difference while she can.

7. Her family is multi-cultural

There are multiple cultures that make up the Stenberg’s household. Amandla’s mother is African-American, her father is (white) Danish, and her grandmother comes from Greenlandic Inuit lineage. Her sister is also of a different culture, she is Asian. That is one well-rounded family tree. They have learned about diversity first hand in that home.

Despite Amandla’s young age, she says that deep inside, she is really old school. While young people about her age, are busy listening to all the latest pop and rock music, Amandla actually appreciates the old stuff, to the new. Her favorite is the 70’s era and she is partial to Jimi Hindrix. She says that her favorite book, is also an old title. A Tree Grows in Brooklyn, a 1943 novel, is her favorite read. It’s not as common to see a young, smart, girl that loves the 70’s music ad books.

9. She’s worked with some big names in Hollywood

Yes, she may be young, but she has already been making her way through Hollywood, and starting to get roles that allow her to work with some pretty big names. She has worked with Robin Thicke, Paula Patton, Jennifer Lawrence, and more. She has also been in commercials that were directed by Levar Burton and Craig Robinson.

At only 4 years old, Amandla was able to appear in some magazines, which only added to her repertoire. She was featured in several ads, including Disney, McDonald’s, as well as Kmart. I’m sure that this only the beginning of what we will be, hopefully extraordinary future for this bright star. With all the talent she has, commercials is no way to know how far she will go with her career. So far, she is off to a good stretch. 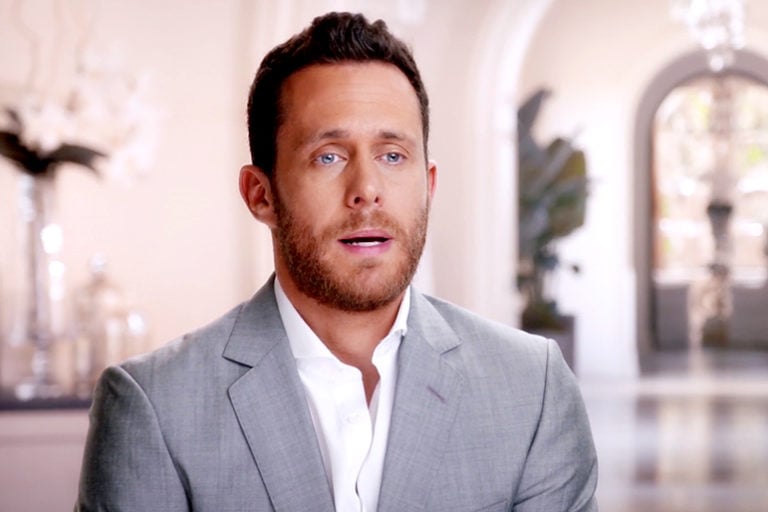 Are you looking to buy or sell a million dollar, or more, home in the LA area? If you are, this is the guy who can help you. Originally from London, David Parnes now resides… 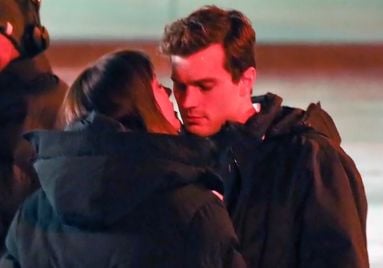 Everyone is anticipating Jamie Dornan’s portrayal as Christan Grey and there must be a lot of pressure on the actor.  People are saying this is a role that could easily make or break a career.  … 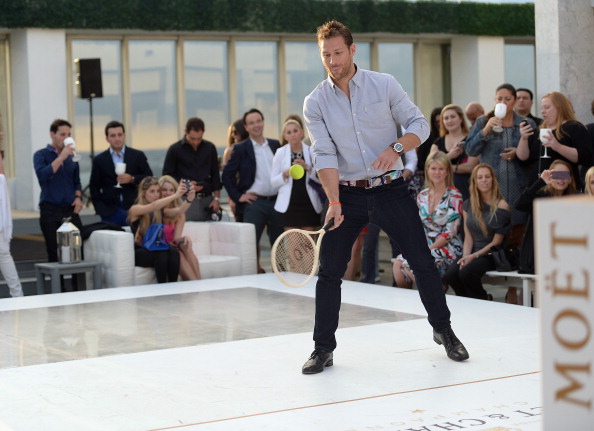 We are now almost a month removed from the most horrific season in ‘The Bachelor’ history. Unfortunately, we are not anywhere near removed media coverage of Juan Pablo Galavis…. According to RadarOnline, just a month…

Celebrities are always in the public eye, so appearance is matters a lot to them and their fans. Every small wrinkle or age spot matters. However, there are some who defy the aging process altogether…. 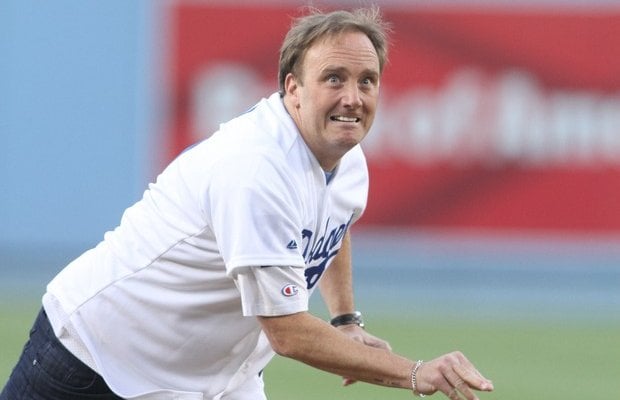 Last night Jay Mohr had the honor of throwing out the ceremonial first pitch at the Los Angeles Dodgers vs. New York Mets game in which the Dodgers won by a score of 4-2.   In… 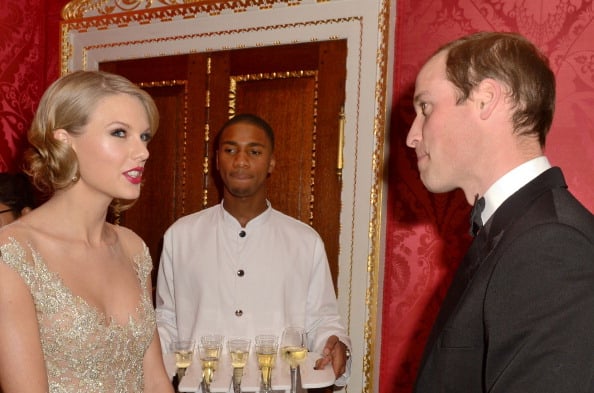 Taylor Swift, 23, has had more relationships since being a teenager than most of us have had in a lifetime. Eerily, Swift’s personal life has been awfully quiet of late. There was a minor blip…