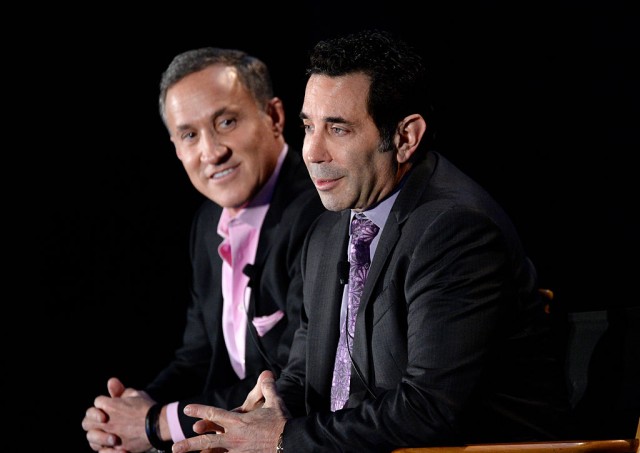 Dr. Paul Nassif and Dr. Terry Dubrow might be some of the most famous doctors in the world for several reasons, and they’re about to become even more famous. Dr. Nassif became a household name when he starred alongside his ex-wife Adrienne Maloof on the hit show Real Housewives of Beverly Hills, and Dr. Terry Dubrow did the same in Orange County alongside his amazingly fabulous wife Heather Dubrow. Both men were already famous plastic surgeons in their respective cities and even further than that, but they weren’t as easily recognizable until they were given roles as husbands on reality shows.

What we love about these two is that they are both funny. They work well together. They are good at what they do, and they are quite entertaining to watch on national television as they help patients who’ve had bad plastic surgery that leaves them “Botched.” Now they’re coming back to television with a new version of their show called Botched by Nature. The premise of this one is pretty similar to the other one; they’ll fix people. This time the good doctors will travel around the world to help patients who have issues that they need help with caused by nature. It might be birth defects, the results of a bad accident or any other natural issue they want to have help with.

He’s an Orange County plastic surgeon married to actress and reality television star Heather Dubrow. They live in Orange County, California with their four kids. They have boy/girl twins and two other daughters, and their lives are busy. They are always shooting some sort of reality show, touting their new book, shopping their skincare line and otherwise keeping very busy. He went to Yale University and the University of California, Los Angeles School of Medicine. He spent much of his time working in medicine in California, where he then built his very successful practice. He wants to give back by helping patients that have been at a disadvantage, and he’s good at what he does.

He’s special when it comes to the nose; he is one of the most highly acclaimed rhinoplasty surgeons in the world. He was married to Adrienne Maloof of the Maloof family, and he shares three sons with her. he went to the University of Southern California, left for two years to attend the University of Health Sciences/Chicago Med School, and came back to the USC. He graduated from the St. Louis University School of Medicine. He was also a part of the show Dr. 90210.

These two doctors work well together, making us laugh while still taking their jobs quite seriously. It’s not a mystery to us why E! wants them to host yet another show and work on people who need it the most, and we are definitely excited that this show is now on our televisions once a week. They’re the kind of people you can just tell are good people; and we like that.

Religion is a very complicated thing, and in countries al over the world people are willing to sacrifice their lives in the name of their religion. Unfortunately, in many places, people have no choice but…

American billionaire, Donald Trump, is one of the country’s richest people.  Born in Queens, New York, Trump’s career initially began after he graduated from college and began working at his father’s company, Elizabeth Trump &…

Sonya Jones is starting off the New Year with a new outlook on life; one that doesn’t involve allowing her former body to define her. The former softball player turned Biggest Loser contestant dropped more…

Aaron Carter rose to fame after his older brother, Nick Carter, became famous as one of the Backstreet Boys – the famous boy band from the 90s. While the brothers have been at the height…

As a result of their busy and demanding schedules, celebrities often spend a lot of time flying through the air.  For many, airplanes have become their primary mode of transportation when traveling across the country…

By now you’ve heard the name Kristina Karo. If you don’t recognize it immediately, let us help you remember who we are talking about. She’s the woman suing actress and new mom Mila Kunis. It…