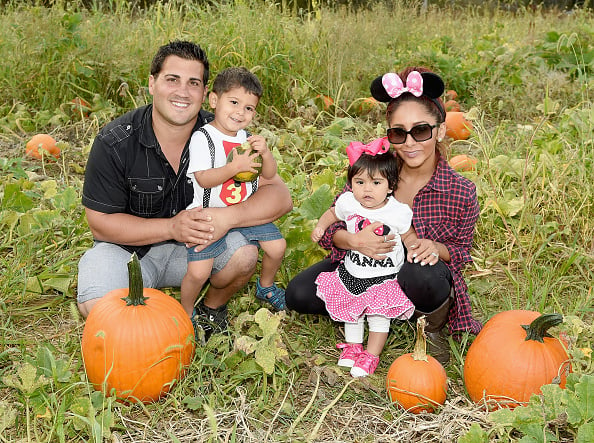 Just when you thought you’d seen the last of Nicole “Snooki” Polizzi, she’s back at the Jersey Shore doing her thing; starring in a new reality television series called Nicole & Jionni’s Shore Flip. That’s right, people; Snooki is back in the Jersey Shore. I’m sure the residents here are just thrilled to have her back running around like a madwoman bringing headlines to this vacation haven for those in the North East. Fortunately, however, Nicole & Jionni’s Shore Flip is a little more HGTV and a lot less MTV. This time, Snooki is out and about in the shore doing things that are a little more welcome than she was when she was part of the Jersey Shore cast. You’re going to see a lot less GTL (Gym, Tan, Laundry), booze, clubbing and drama and a lot more Home Depot, hammers and husband.

Nicole & Jionni’s Shore Flip is a new reality series in which the former bad girl turned mother and wife and her husband are working around the area to rebuild some of the shore homes damaged by Hurricane Sandy a few years ago. They will pick up homes that are in need of a lot of TLC on the cheap and they will work to rehab these homes and flip them for a profit. It seems like an equally dramatic show for this reality star and her husband, but it a much less over-the-top manner. The mother of two and her husband are going to begin starring in Nicole & Jionni’s Shore Flip in early 2016, according to a press release issued by the FYI network.

“With spending so many summers growing up at the shore, and then finding love there with Jionni, we couldn’t think of a more perfect place to start our business together. Jionni has always wanted to flip houses, and with my love for interior design and do-it-yourself crafts, this project is a dream come true. We are excited to bring our passions to television and can’t wait for our fans to see us on this journey,” is the official statement regarding Nicole & Jionni’s Shore Flip from the reality star herself, and we can’t decide if we’re scared, excited or completely wary of this new venture. Either way, I know my DVR will be set (ironic, isn’t it, considering I did not ever watch one episode of her other reality shows).

So, what do you think we can expect to see on the first season of Nicole & Jionni’s Shore Flip?

If there is going to be a reality show in which Snooki is at the Jersey Shore, we can expect to see a number of Jersey Shore flashbacks, in my opinion. After all, we’re going to see Nicole & Jionni’s Shore Flip in different areas of the city, so we can expect to see some video of how far these two have come since they first met here when they were drunken, immature party people with nothing better to do with their time than party. Now they’re adults with two kids and a business, and we think that producers will take great pleasure in taking advantage of clips of how these two used to be when they were younger.

Let’s be honest; this is Snooki. She’s all things girly, and we expect to see plenty of pink tool belts and accessories on the upcoming season of Nicole & Jionni’s Shore Flip since she’s going to want to be stylish while she’s flipping homes. Believe it or not, we actually think she will take this seriously and be pretty good at flipping homes. We’ve seen the work she’s done in her own home in terms of interior décor and DIY projects, and she’s certainly got an eye for design. However, we think that she’s going to use that eye to still remain stylish and cute while she’s flipping homes in her own business.

A lot of Bickering

If there is one thing that we are certain the world can expect of Nicole & Jionni’s Shore Flip, it’s some bickering. There is not a chance in the world that a married couple can take on this kind of project and not bicker. I’ve been married for more than 10 years, and I know that building and remodeling is one of the most stressful things a couple can do. My husband and I bickered 12 years ago when we were building our first home and planning our wedding and we bickered over the summer as we did some major renovation and had contractors in and out of our home on a regular basis. It brings out the worst in any couple, and we bet that it’s going to be the same for Nicole & Jionni’s Shore Flip.

A lot of Emotion

When you’re talking about renovating and rebuilding homes that once stood on the Jersey Shore before they were damaged by the devastating Hurricane Sandy a few years ago, you have to expect that there will be emotion; it’s something that is going to bring back a number of painful memories for those who lived there, lost there and experienced this storm. We think that we will see plenty of storm flashbacks, some of the initial devastation and a lot of emotion as we see clips from a time in which people were displaced and lost. Nicole & Jionni’s Shore Flip might just be what this area needs to keep them feeling good about the future after such a tragic event.

It won’t be Nicole & Jionni’s Shore Flip if there are not at least a few scenes in which we see their adorable children. After all, this is their reality; and their reality is that they are parents. They have two very little children, and that means we will see them. However, don’t expect to see a lot of them as Snooki has declared she wants her kids to have a normal life and not one that’s in front of cameras and in the public eye.

Since airing its first episode in 2000, Big Brother has…

Most actors are fortunate enough to have long-lasting careers that…

According to Twitter, actress/singer, Selena Gomez is one of the…

Actor Chris Colfer is best known for his role as…

Throughout the years, there have been many celebrities who have…

Selena Gomez seems to have her hands in a little…