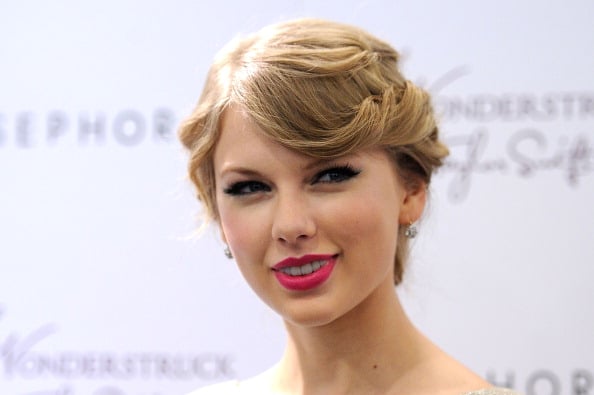 There tends to be two schools of thinking when it comes to Taylor Swift. People either love her or hate her. They love her because she is sweet and genuine, and wears her heart on her sleeve. They hate her because they think she focuses too much energy on dating bad boys so she has something to write (and complain) about. Thing is, no matter what side you fall on, it is hard to hate her when you find out that it is Taylor Swift on top of the list of most charitable celebrities of 2013.

People.com has some more of the details, but there is not much to know in terms of details. Taylor Swift on top of the list, and Justin Bieber at the bottom. In the middle, we have nods to Paul Walker, One Direction, and Beyonce’. But it seems no one can touch Taylor Swift when it comes to charity. Her two big ones were giving $100,000.00 to the Nashville symphony on her birthday this year, as well as all the millions she helped raise by hosting Prince William and Kate’s Winter Whites Gala.

So as much as you may sometimes curse her for open she is with her relationships, remember, Taylor Swift on top of this list pretty much says it all. Actions speak louder than words, and her words may be about her exes, but her actions are about helping. That says it all about the young superstar.

According to RadarOnline, Miley Cyrus’ lewd behavior at the MTV Video Music Awards drew the criticism of many… including her fiance Liam Hemsworth. Radar isn’t the only media outlet to report this, the news of…

When CBS first brought Blue Bloods to life back in 2010, no one knew what a massive hit the show would become. It’s a police drama that follows the lives of a family called Reagan….

Today Show star Savannah Guthrie announced Monday that she was married over the weekend to longtime love Mike Feldman. She also gave an extra St. Patty’s Day surprise by announcing simultaneously that she is four months pregnant! Guthrie, 42, made…

It’s difficult to tell whether or not the people rooting for Taylor Swift are rooting for her to succeed or fail. Let’s face it; she’s 26, wildly famous and probably the most beloved person in…

It’s a set of books that turned into a total phenomenon, and people love it. Pretty Little Liars is a television show that took the world by storm when everyone decided that they wanted to…