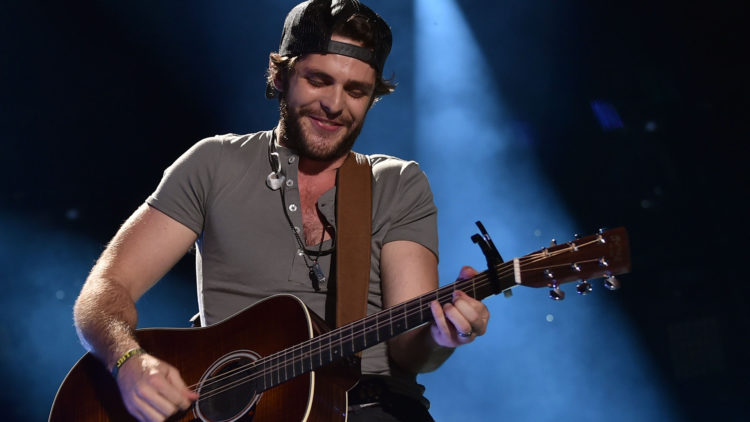 Born in March of 1990, Rhett Akins, Jr. is known as the stage name, Thomas Rhett. He is an American country singer and songwriter who is the son of another name in music, Rhett Akins. Akins, Jr., has been busy creating a name for himself, outside of his father’s identity, in the country music world and has already made quite a splash. He has several hits that have made their way up the charts. He was already known to many of the country singers in the business due to the fact that his father was already famous, so to hang around the famous country music stars, was just part of his childhood and regular life for him.

Here are 10 things you didn’t know about Thomas Rhett, Jr.

1. Played the drums for his dad

Rhett, Jr. learned how to play the drums in Junior high when he was given a set at a young age. He started playing the drums for his father at times, during his high school years, going on stage with him at concerts. After high school, Rhett, Jr. followed his friends and went on to college due to lack of anything else to do. His interest in music really began to pick up and he started a band, The High Heeled Flip Flops. At 20 years of age, against his mother’s wishes, Rhett dropped out of college to purse his career in music full time.

2. Was discovered in a bar

While playing in a bar one evening, Rhett was approached by an executive from Big Machine Label Group and was asked to write songs and have them published through the label. Rhett agreed and a relationship started. Rhett ended up writing a great number of songs for the company, which helped to propel his career forward and making him the big name he has grown to be today.

3.  Married a girl from his childhood

Rhett married a girl he first laid on in elementary school; first grade to be exact. Rhett knows Lauren Gregory from way back when, but they didn’t start dating until much later. The two later hooked up in high school but only dated for six months. The teen romance fizzled, but they remained good friends. They both went off to college and met other people, both coming close to getting married to other people until Lauren’s father pushed the two back together.

4. He popped the question at her favorite restaurant

Rhett wrote and sang “Die a Happy Man,” one of his number 1 hits. He’s had them before, hit songs, but this one is different because it’s a song he wrote about his wife Lauren, and not only is it written about her, but he has her star in the video with him as well. He said in an interview, “Why not, it was written about her.” The video shows the couple having fun together; riding horses, bikes and other things young couples would enjoy.

6. They’re both very involved with a charity

Both Rhett and his wife are very big contributors of their time and money, with the charity, 147 Million Orphans. It’s a charity that provides many things to children who are homeless and have nothing. They provide medicine, food, water, shelter and education to children who are vulnerable to illness and to the struggles of having nothing. The charity performs their deeds of help in the name of Jesus Christ.

Rhett plans to perform his first-ever charity concert that is going to benefit the charity organization he and his wife have adopted as their own. The event has been named, “Thomas Rhett & Friends.'” It will be held at Nashville’s The Old School and the proceeds will be donated. They encourage others to get involved and help children who are so less fortunate.

8. He won awards with one of his hit songs

Rhett wrote and sang the hit single, “Make Me Wanna,” and the hit single brought him some pretty reputable awards in the music industry, including the ASCAP Country Music Award, an award for being one of the most performed songs, and the BMI Country music award for being a top 50 song in 2015. With country music in his blood, he stands to earn himself more awards as his career progresses.

Rhett is a southerner at heart, born in Valdosta, Georgia. It was while living in Valdosta, Georgia that he met his wife. He says that they attended first grade together in a Valdosta public school and even went to summer camp together at the tender age of 13. I’m sure it doesn’t hurt to already have that ol’ southern twang when it comes to pursuing a country music career.

10. His father says his son was a natural

Rhett Akins said that his son was a natural at singing and he knew it from the time his son was 17 or 18 years of age. He was interviewed, saying that he would hear it just pour out of his son’s mouth, referring to the music. Akin recalled trying to figure out where the talent came from, it was passed from one generation to another, or from all the time he’d spent on the tour buses with his dad and backstage. But either way, he just knew his son had what it took to make it big and that’s exactly what he’s done. That apple didn’t fall far from the tree. 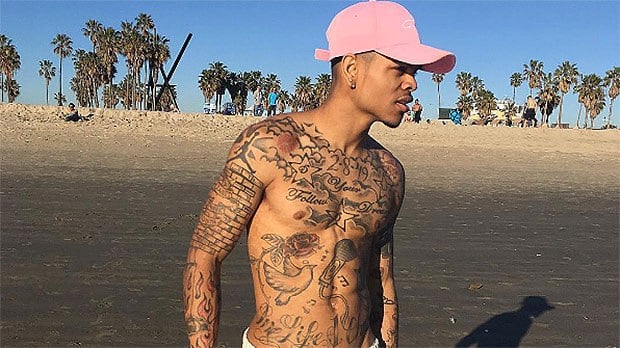 Born in Washington, D.C. on June 12, 1993, Mechie’s birth name is Demetrius Harris and he is an American hip hop and R&B artist. He is a talented singer and song writer who is also recognized…

While their kids and their fans are saddened by the break-up of their long marriage, there is one person who is happy to see that Bruce Jenner and Kris Jenner are no longer going to…

In a recent, rather extensive interview with Glamour, Chelsea Clinton, daughter of former President Bill Clinton, talked about many things. From growing up in the White House, to having a Dad who is famous all the…

Chris Brown who spent a good amount of time politicking on social media for the sympathy of the public may have to beg a little harder this week. According to The Huffington Post, Brown was…

Victoria’s Secret model Alessandra Ambrosio and her fiance Jamie Mazur have called off their wedding. The couple have decided to halt their relationship temporarily with a ‘trial separation’ according to RadarOnline. A source close to… 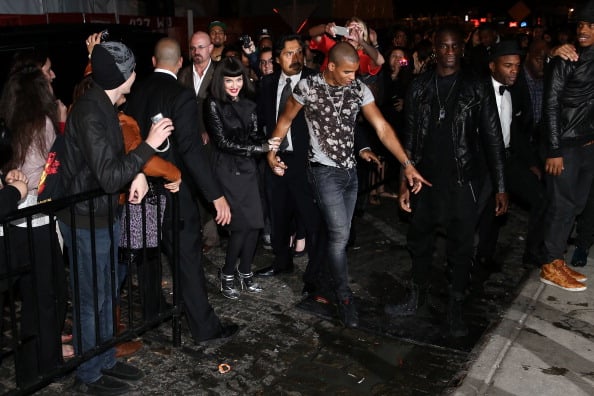 Madonna is back on the market for what seems like the 100th time. The 55-year old music legend and Brahim Zaibat, 25, have decided to call it quits according to her reps. The two met…