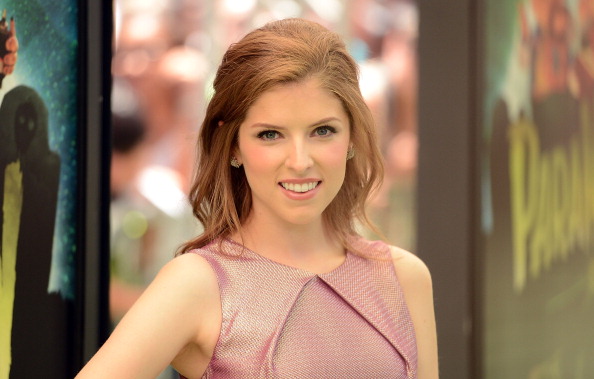 Anna Kendrick, well-known for her role in films such as 50/50 and Pitch Perfect, is a talented and versatile actress who has been in the business for nearly 20 years. Throughout her career, Kendrick’s performances have earned her a number of awards and nominations including a 2010 nomination for Best Supporting Actress.  Aside from her superior acting chops, Kendrick is also known for her fun and quirky sense of humor which has often kept her countless fans entertained.  However, many of Kendrick’s fans have taken fun and quirky to a whole new level by shifting all of their attention to Kendrick’s feet.  Across the internet, many of Kendrick’s fans have come together to discuss the star’s feet, and surprisingly this foot fever doesn’t appear to be dying any time soon. .  Here are the top three Anna Kendrick feet facts.

According to more than 1,000 votes on the popular celebrity feet website, Wikifeet, Anna Kendrick has beautiful feet.  Kendrick, whose size 7s seem to be a big hit among fans, seems to have found her niche in celebrity feet superstardom.

2. Anna Kendrick’s feet are the subject of a fan fiction story.

In August 2012, an Internet user by the name of a7x1187 uploaded a story titled, The Tickling Of Anna Kendrick And Brittney Snow.  The story is a fictional account of Kendrick’s experience being tortured via the tickling of her feet. In the story, Anna tries to reason with a mysterious a woman who refers to herself as “the tickler;” however, her attempts are unsuccessful and she is subjected to constant tickling.

Good news from the set of Pitch Perfect. Beca still mostly wears long pants and boots, so I basically never have to shave my legs. Or feet.

While shooting the sequel for Pitch Perfect, Kendrick was pleased to learn that her character would still be wearing pants and boots, so shaving her legs (and feet) would be unnecessary.  Although she may have been kidding about shaving her feet, one can never be too sure.

If you’ve never heard the name Kody Brown before, you’re doing all right. He’s the man with multiple wives who stars in the reality series “Sister Wives” on TLC. He’s the man who works in…

Based off of her body of work, Stacy Keibler is an actress, model, singer, and former professional wrestler.  The 35 year-old Maryland native rose to fame in the early 2000s as a member of World…

In the celebrity world, it’s no secret that many relationships have a very short shelf life.  Although most couples claim to be in it forever, forever for the rich and the famous clearly has a…

Fame is something that just isn’t in the cards for everyone.  Out of all the people in the world, only very few actually achieve their dreams of becoming stars. With that being said, it’s rather…

Sometimes Khloe Kardashian doesn’t get the recognition she deserves.  Often overshadowed by her sisters, Kim and Kourtney, it can be kind of easy to forget about Khloe, who usually opts to keep most of her…