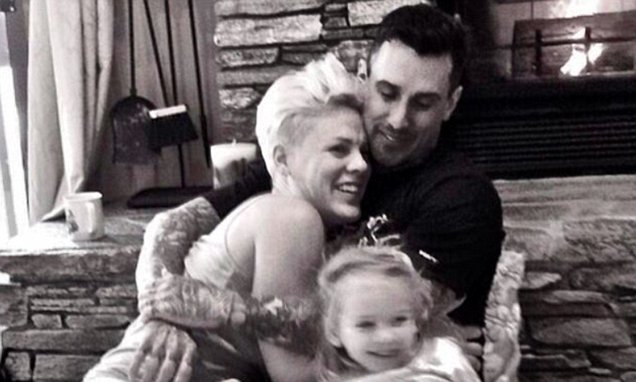 From a young age, Carey Hart knew he loved motorcycles and racing and is a former American motorcycle racer and competitor. He was born in 1975 and was raised by his father in Las Vegas. His motorcycle career has been a very successful one, not only in his professional life, but it played a role in his personal life as well, putting him in the position to meet one of the biggest music stars and ultimately marrying her. Hart’s accomplishments in the world of motorcycle competition have earned him many trophies and awards. He is known for his incredible skill and fearless competitive nature. If you are a fan of motorcycle racing, you may be familiar with the name. But here are ten things you don’t know about Carey Hart.

Two years before Hart turned pro, he sustained severe injuries due to an accident he had with a tractor on a track he was riding on. While riding the track, a tractor that was working on the same track, blindsided him and threw him from the bike. He sustained a broken tibia, fibula, and broke both femurs. This is not the only injury he’s ever sustained in the business of aggressive motorcycle racing; he has sustained many since and has spent time in the ICU, as well as has had his spine fused due to back injuries.

Hart is married to one of the most popular pop stars of today, Pink. Pink is the one who asked Hart to marry him during a race. After he ignored her first attempt to get his attention, holding up a sign as he lapped the track, she held up a second sign reading, “Seriously.” He finally pulled out of the race to pick her up. The married in 2006 and the on-again-off-again relationship with the music star, nearly ended in a divorce, however, they reunited 2009 and the two now have two kids together.

4. Got backlash for picture he posted with his daughter

Yes, Hart is a stud and his pictures he posts on his Instagram account often prove this. One picture he posted however, really got fans upset and that’s because it involved his daughter, Willow. Hart posted a picture of his young daughter, Willow, sitting on his bike, which in itself isn’t a bad thing. What got fans in an uproar was what the picture showed Hart’s daughter wasn’t wearing, a helmet. Hart said in an interview that he got into a lot of trouble with that, but because his image is that of a badass, the picture at least keeps true to who he is.

5. Will let his daughter ride

During an interview with Hart, he was asked if he plans to let his daughter follow in his footsteps and ride motorcycles. He admitted that he does plan to buy his daughter, Willow, a bike. He was recorded as saying that he will buy her a bike and put it in the garage and if she decides to ride, great. Riding motorcycles is something the couple already enjoy doing together since Pink also rides motorcycles.

6. He can’t get his wife to do two activities with him

Although the couple enjoy riding together, there are two activities that he can’t get his wife to do with him, and that is golf or surf. Pink has a fear of sharks and refuses to try to surf, which he says he understands, however, he doesn’t understand why she won’t play golf with him. He has said that he has tried, but Pink has this notion that golf is a man’s sport and woman aren’t allowed. In an interview with Hart, he says he’s tried to convince his wife that the sport has changed, however, she will not change her mind.

Hart likes to spend time with his daughter Willow, watching cartoons and her favorite movies. He has seen Frozen more times than he can count and says he got sick of it. His favorite cartoons are Tom and Jerry and Scooby Doo, which he introduced to his daughter and she now loves, so Hart is a happy camper. He was quoted as saying, “Score! Those I can actually watch without wanting to scratch my eyes out!”

He is the first rider to ever perform the “invert Superman seat grab” at the 1999 Gravity Games in Providence, RI. He took home the 1999 Bronze medal at the Summer Gravity Games and later, the Gold at the Australian X Games.

9. First to do a backflip on a motorcycle

Hart is credited as the first ever to attempt a backflip on a motorcycle. He tried the move for the first time on a 250 cc motorcycle during a competition. He over-rotated the bike and suffered a hard landing that made him lose his seating on the bike. He eventually did master the move and won Toyota’s Trick of the Week at the Las Vegas LXD Freeride MotoX.

Hart has appeared on several television shows, including films and music videos for his wife Pink. He has appeared in reality television, The Surreal Life, which he said his manager talked him into doing and that it was just awful. He has said that he has no intention of going back to television. The most popular music video he has had a role in with his wife, is her hit song, Just Give Me a Reason. 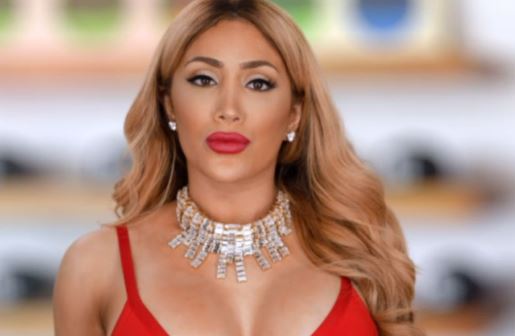 She’d much rather go by Nikki Baby than her given name, Nikki Mudarris, and she’s not afraid to make sure we all know that. She’s the Love & Hip Hop star from Hollywood, and she…

No one makes falling look more human and totally cool as Jennifer Lawrence. She famously tripped on her dress while on the stairs as she accepted her Best Actress Oscar last year for Silver Linings Playbook….

There goes one less email in Katy Perry ‘s inbox. The Dark Horse singer has admitted that there are more important things in life than just Googling yourself! “My image is just something superficial. I…

Lauren Conrad, everyone’s favorite reality star-turned designer, married her lawyer fiancé this weekend in California. The former Hills star wed William Tell in Santa Ynez have been engaged since October of 2013. They were introduced…

Anne Hathaway is one of the most in-demand actresses in Hollywood today boasting a net worth of $35 million. Hathaway’s career started in 1999 at the age of 17 on the television show Get Real….

The Hollywood Film Awards are the one big awards show us mortals don’t know much about. It is not aired, and tends to be more of an industry thing. A way for the talent in…