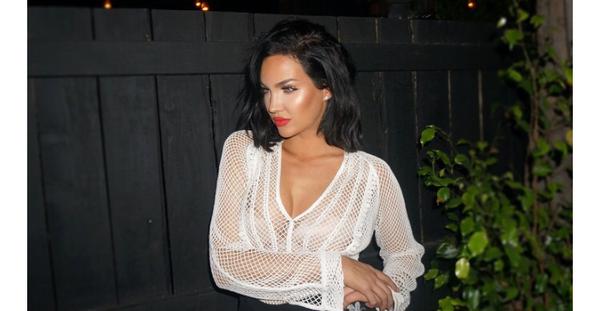 New Internet sensation, Natalie Halcro,  one of the women in the cast of E!’s new reality TV series, WAGS, is already making quite the impression on viewers. The show, which is dedicated to following the lives of girlfriends and wives of well-known figures in the sports industry, is taking a new spin on the typical wife/girlfriend reality TV story line. As of now, it’s all about the girls! Although the show is just a few episodes in, it may become one of the most popular reality TV shows on the air thanks to the interesting cast members. But what’s so special about Natalie and the crew? Here are 10 things you didn’t know about Natalie Halcro.

Like the other women on the show, Natalie Halcro is involved with a professional athlete. Whaler is currently dating Denver Broncos linebacker, Shaun Phillips, and some fans have even dubbed her a trophy wife. While some may see that as a compliment, hopefully her time on the show will help her show fans that she’s more than just a pretty face.

Some people may think that Natalie is a California girl, because after all, she does have ‘the look.’ However, she’s actually from Canada. While Canada was once generally ignored by Americans, over the last few years the cold country has been responsible for introducing some of the biggest names in entertainment including Justin Bieber and Drake.

There’s a secret to her smooth skin

Natalie Halcro’s has great skin. However, unlike many other people who often find themselves in the spotlight, she’ll be the first to admit that she’s definitely had a little assistance with her clear complexion. Natalie cites well-known dermatologist, Dr. Simon Ourian for helping her get rid of her “sun spots and stretch marks.” Apparently, Natalie undergoes some sort of laser treatment that keeps her skin looking fresh.

Even before the show, Natalie had already built a pretty impressive fan base thanks to her career as a model. Natalie began modeling when she was just 12-years-old, and by the time she was 16 she already landed her first major contract with NEXT modeling agency. When her modeling career, she relocated to New York City where her career continued to flourish. Over the years, she ripped run ways all over the world and made a pretty impressive name for herself among fashion lovers everywhere.

She’s been in commercials

Being on WAGS is definitely not Natalie first experience on-screen. Aside from print ads and fashion shows, Natalie also appeared in several commercials for companies including Mazda, Marshalls, and Old Navy. Only time will tell if being on the show helps or hurts her career, but her face and name will definitely be more recognizable.

She’s well aware of the hierarchy on WAGS

If you’ve ever seen a reality show that features wives and girlfriends, you’re probably well aware that there’s often a bit of a power struggle going on. Regardless of the situation, the wives often feel like they have a leg up on the girlfriends, and have no problem shoving it in their faces every time the chance arises. As a cast member on WAGS, Natalie has experienced this sort of thing first hand. According to Natalie, “We’re kind of belittled by our marital status or lack thereof. And as women, that’s not what it’s all about.”

She’s the co-founder of a fashion blog

Like many young people who are trying to make a name for themselves, Natalie Halcro has her hand in several pots. Along with her cousin, Olivia Pierson, Natalie co-founded a fashion blog titled, Jerome which is the last name of their grandparents.

Her cousin is also on the show

Fortunately for Natalie, she won’t have to deal with the stress of the show by herself. Her cousin, Olivia Pierson, is also a cast member, and there’s nothing better than having family around in stressful situations. Hopefully the two can get through the season without finding themselves in the middle of too much drama. But reality TV definitely has a way of bringing out the worst in even the nicest and most reserved people.

Some of her fans think she was created on Photoshop

If it looks too good to be true, it probably is, and when it comes to Natalie Halcro, some of her fans think she’s a little too perfect to be real. In fact many of her fans actually believe that she Photoshops her photos before uploading them to the Internet. There are even several discussion boards with posts dedicated to proving that she doesn’t actually look as good as she portrays herself.

Natalie Halcro definitely doesn’t need WAGS to make her famous. Sure, being on the show will definitely help her get her name and face out there even more, but she was already pretty well-known without it. Not only does she have nearly 37,000 followers on Twitter, but she also has the blue verified check. Not too shabby.

With just a few episodes under its belt, E!’s new…

Thanks to reality TV, people can now become extremely famous…