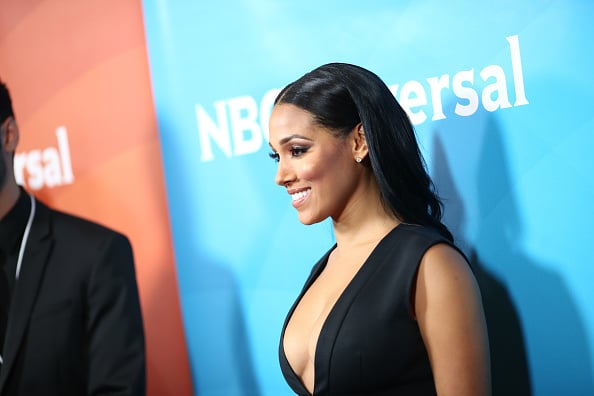 Thanks to reality TV, people can now become extremely famous for doing well, absolutely nothing. That’s right, just by living life, countless people have gone from unknown members of society to household names. But just when you thought every possible reality TV idea had been done to the max, E! has introduced a new show that will definitely be getting lots of attention from viewers. “WAGS,” a show that focuses exclusives on women who date and marry professional athletes. While you may be wondering what’s so special about this show, its cast will definitely set it apart from any of its competitors. With that being said, here are 10 things you didn’t know about Sasha Gates.

She’s married to an NFL player

As a cast member on WIGS, you could probably guess that Sasha Gates has some sort of romantic involvement with a celebrity. Well, to be specific, Sasha Gates is married to San Diego Chargers tight end, Antonio Gates. The couple has been married since 2011.

While most people may think that being married to a professional athlete means that life is perfect, Sasha Gates knows that that isn’t the case. While she’s more than willing to admit that being married to star has its perks, she also knows that it has its downsides. Thanks to the new multi-million dollar contract that Sasha’s husband recently signed, she now, more than ever, has to deal with the fact that there are countless women out there who would do anything to get a piece of her husband.

She used to be a model and maybe even an actress

Although it’s not clear how extensive or successful her modeling career was, several sources have reported that Gates is a formal model, with some even citing that she once appeared on music videos, including working with David Banner. However, these days, most people know that the term ‘model’ is often used a little too loosely, and sometimes simply refers to a person with a lot of Instagram followers. Some sites also report that Sasha has also worked as an actress, but you can be the judge on whether or not you’ve ever seen her in anything outside of WAGS

Sasha considers herself a mother first, and takes her responsbility for her children very seriously. Just a few months ago, Sasha and her husband welcomed another child to the family,  a son, Aven, who was born on Father’s Day. Sasha is a proud mother who is more than happy to share photos of her children on her Instagram account.

She’s allegedly cheated in her past

While the specific details of Sasha’s past are a little murky. Several sources report that she may not be the most honest person. According to various reports, at least two of Sasha’s previous relationships ended because of her cheating. Some sources even indicate that Sasha was once romantically involved with famed music video director, Hype Williams, whom she allegedly cheated on. When she an Antonio married back in 2011, many people thought that he may be making a huge mistake.

Even before becoming a ‘football wife,’ Sasha was already living a life that many people can only dream of. According to her Instagram, she was born in Canada, raised in California, and has roots that trace all the way back to Trinidad.

As if being a mother and a wife weren’t keeping her busy enough, Sasha Gates is also trying to build her brand in the business world. While it’s not clear what ventures she’s currently working on, rumor on the street is that she left the modeling industry to focus on her career in business.

Her best friend will also be on the show

The reality TV world can be mean and ugly, but Sasha won’t have to face it alone. Her best friend, Autumn Ajirotutu. Apparently, Autmn is also Sasha’s business partner, so it’ll be interesting how these two do together on the show. If you’ve ever seen a reality TV show, you’ll know that friendships don’t always survive,

For someone who has yet to reach the heights of reality TV super stardom, Sasha Gates is already pretty well known in the social media world. With over 10,000 followers on Instagram, she isn’t doing too shabby for a relatively unknown wife and mother. As her popularity grows, there’s no doubt that her follower count will also.

She’s trying to get into the music business

Former video vixens trying to embark on music careers isn’t actually that uncommon. Unfortunately; however, they don’t usually find success. As you can probably imagine, it’s kind of hard to take someone seriously when they decide to switch lanes so drastically. The fact that Sasha is about to become a reality TV star, and is also married to a professional athlete will definitely make things a little more difficult for her to have a successful career in the music industry.

New Internet sensation, Natalie Halcro,  one of the women in the…

With just a few episodes under its belt, E!’s new…