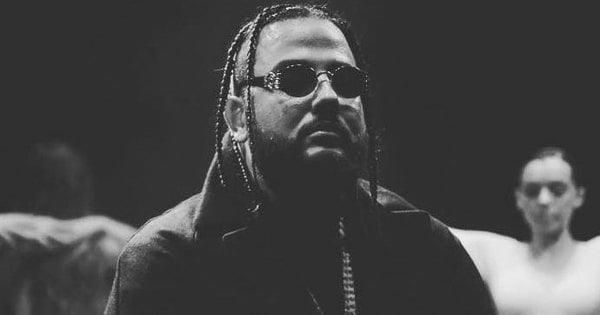 Born Ahmad Balshe, Belly, his stage name, is a Palastinian-Canadian singer/songwriter, record producer and recording artist. He was born on April 7, 1984 in Jenin, Palestine and raised in Ottawa. He is very well known in the music industry, has won awards, and has written many songs for a variety of artists. Belly is an up and coming rapper who is now, not only well known in his Canadian home, but his music and talent have trickled down to the United States, where he is also a big star, and partly due to the musicians that he has befriended and connected with throughout his career. You may know the name from listening to his music, or seeing a video of his, but here are 10 things you didn’t know about Rapper Belly.

1. How he got into rap music

Belly has explained how he got into rap music. During an interview, he explained that when he got to Canada, he would watch videos on TV and when he saw rap videos, he thought to himself, that was him. He could do that. He bought two CD’s and the very first CD’s he owned were Doggystyle by Snoop, and Ready to Die, by Biggie. He explained how he was still using broken English when he first moved to Canada and actually used those CD’s to teach himself English. They were also the CD’s that inspired his style of music that he still performs today.

2. Starting out with poetry

Belly says that he started out young with writing poetry. He always had a drive and a gift for poetry and making words rhyme. He also admits that his poetry was usually geared towards tryin to get a girl, which he says he always did, but it was his poetry that gave him the know-how of song-writing.

All rappers come up with a stage name they go by. It seems like most rapper stage names are off-the-wall, and they have meaning for the rapper in some form or fashion. Belly is no different. Granted that his birth name would be a bit difficult to pronounce, and remember, he definitely would benefit from a change, and change is what he did. Belly took the word “Rebellious” and shortened it to Belly. He also goes by the name, “Bellyboy.”

4. His background influences his music

Growing up in the Middle East, Belly said it is a totally different culture that taught him respect for others, and how to be hospitable. He also developed a very family oriented way of life. When he got into music, it was a whole new and different world that was really more of a culture shock. He uses all of his experiences in life as inspiration for his music and everything about his upbringing, even experiences today, shape the music he creates and people hear.

5. Weeknd gave his career a boost

Belly had been friends with Weeknd for several years, he has said, before the two actually started working together. Before the professional relationship ensued, Belly says that Weeknd was just his “homy” and nothing was ever forced when it came to start creating together. It just sort of happened. Once it did, however, the two collaborated on many songs

Belly has won several awards and his songs are known for hit high on the Billboards charts. His debut album, The Revolution, which debuted in 2007, was a huge in his home of Canada. It was so big in fact, that it won him a Juno Award for rap recording of the year, as well as it opened the door for working with Snoop Dogg, Juicy J and more. And it was Weeknd that helped to raise his status as a writer and a performer, here in the U.S.

7. How Belly writes his songs

Belly admits that he has not had time for a vacation in years. He keeps saying that he’d like to take just even four days off to go somewhere, instead, he’s always in his studio, writing. He says the best way he writes and creates his music is when he is tormented. He claims that he cannot sit around a bunch of people and create, it’s got to be when he’s there alone and in his own thoughts, and in touch with his own feelings. He has also said that he does not get writer’s block because there is not time.

What Belly is working on now is Up For Days, and he says that it features other rappers, as well. He has been teaming up and collaborating with other artists for a while, and this project is no different. Up For Days will feature Travi$ Scott, French Montana, and Juelz Santana, as well as, The Weeknd.

Under famed rapper Jay Z, Roc Nation management company takes rappers under its wings and fosters them. Jay Z only takes those he knows are going somewhere, or are vets of the industry. It’s kind of a one-stop-shop where you get help from multiple areas including, a record label, it acts as a talent agency, and is a concert production company, as well as a music publishing company. Jay Z heard one of Belly’s projects and invited him over, which Belly is thrilled.

Many rappers not only want their music to be heard by others, but they enjoy the spotlight too. They want to be seen. Belly describes his experience as contentment with his career as, just being happy to be heard. He says that all that matters to him is that his fans listen to his music and as far as being seen, that isn’t what it’s all about for him. He doesn’t get into the comparison thing, with who is better than who, he only wants to make music for the ones that want to listen to it.

Lauren Conrad has been known for her terrific fashion sense….

Rosanne was an amazing show. It was amazing because it…

As we reported earlier, it was an all white wedding…

Kelly Rowland, former Destiny’s Child singer, did something we all…

So imagine you are a seventeen year old boy who…