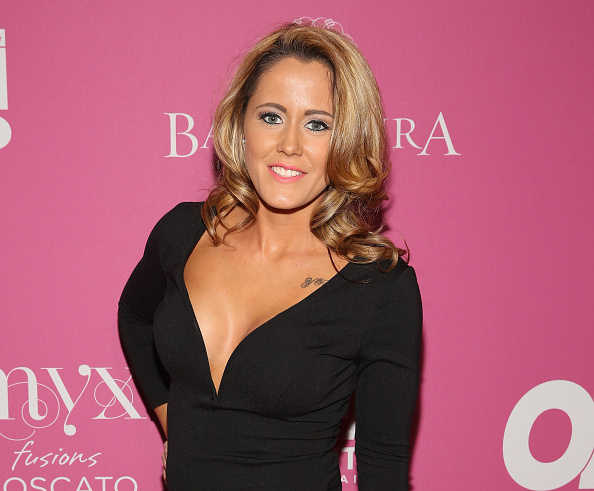 She’s one of the stars of the hit reality television show, Teen Mom 2, and it’s brought Jenelle Evans some serious fame. Of course, the young star probably does not want the kind of fame and attention that this show has brought to her. The younger mother gave birth to her first son when she was only a teen, and her life has gotten only more complicated since. Though, when a teenager becomes a parent, life doesn’t exactly get easier so it makes sense that she’d have to go through some rough patches as she learns to navigate becoming an adult and becoming a parent at the same time. She’s only 23, but she already has two sons and a history of failed relationships in her past. She did not choose to continue her relationship with her oldest son’s father, she was married for a while and claimed to have suffered a miscarriage when her then-husband assaulted her and she was most recently engaged to the man with whom she had a second son. There are also a number of other things that this young mother would prefer the rest of the world not know.

Her Ex-Fiance used Her

Sources close to both Jenelle Evans and Nathan Griffith claim that the military man wanted to date Evans because she is a famous reality television star and he wanted the same for his own life. The source claims that he used her so that he could also become famous, and that the only reason he stayed with her and put up with her as long as he did was so that he could be on her television show, make a name for himself and become famous. The source claims he had every intention of making her fall in love with him before they even met.

Her Mother had Custody of her Son

When she was 16 and pregnant, she lived with her mother. Because she is a notorious party animal and always in trouble with the law, her mother was given custody of her son, Jace, and has been raising him herself. Whether or not she still has custody of the little boy is not something we know, but we do know that Jenelle Evans did not have her son for a long time because of this.

Jenelle Evans has been to Rehab

It was 2013 when Jenelle Evans entered rehab. This was during her marriage to Courtland Rogers and just after she suffered a miscarriage after alleging that he abused and assaulted her. She decided she needed help with her substance abuse issues and made her way into rehab. That’s when she decided she would change her life, though she seems not to have done a very good job of that over the course of the past two years.

She and her Ex Fought Incessantly

The same source close to Jenelle Evans and her ex claims that despite the fact that they appeared happy in photos and to the rest of the world, all the couple did was fight. It might be true, too, since they did spend a fair amount of their screen time arguing, breaking up and then getting back together. It was an ugly relationship, and it’s certainly a good thing that it is over now.

Her Ex Fought with her Mother all the Time

If there is one thing that a woman does not want the world to know, it’s that her mother hates her fiancé. Jenelle Evans’ mother was not a fan of Nathan Griffith, and the two fought all the time. This caused much drama between the two women, Jenelle and her fiancé and even the kids. The situation was not a good one, and that’s part of the reason that this couple did not last, and it’s a good thing that they didn’t.

Nathan Griffith is a Cheater

Most everyone in Hollywood that has an account on the site “Ashley Madison,” worried when the site’s personal information was hacked and names were released. While Nathan Griffith isn’t exactly Hollywood, many people still know his name. What this means is that they now know that the young reality star was cheating on his fiancé.

She has 16 Mug Shots

That’s a lot of mug shots, especially since you get them when you are arrested for doing something wrong. According to RadarOnline, Jenelle Evans is up to a total of 16 mug shot photos, none of which are flattering in absolutely any light. The sad news is that her most recent arrest will actually make her seventeenth.

Jenelle has been arrested three times in 2015, and the year is not quite ¾ of the way over. She still has some time to go and many of her fans and the people who watch her reality television show believe that she will be arrested yet again. She seems to have quite the temper and it does not work for her in any way.

She Assaulted her Ex’s New Girlfriend

When Jenelle Evans called Nathan Griffith to come to her home and get his belongings so she could move, he showed up with his new girlfriend. This sent Evans into a rage, there was an argument and an altercation and Evans threw a glass at the new girlfriend. Whether it hit her or not, we don’t know. However, Griffith felt it necessary to call the police and have his ex, and the mother of his child, arrested for that.

She’s Got Full Rights to her Son

Jenelle Evans and Nathan Griffith share a 14-month-old son together, Kai. Right now, she has full rights to him and he doesn’t get to see much of his father because she’s moved away from their home in Myrtle Beach and because he’s ‘busy’. However, she recently scheduled a lunch together so that he could see his son, and she momentarily felt bad that they don’t see each other more often. However, sources say that Nathan made her angry at lunch and she no longer feels so bad about it.

Sources close to Lindsay tell us, the actress was made…

There are so many ways to raise a child, and…

When most people idolize a celebrity, it’s usually not just…

Presently Amanda Bynes is best known for being a young…