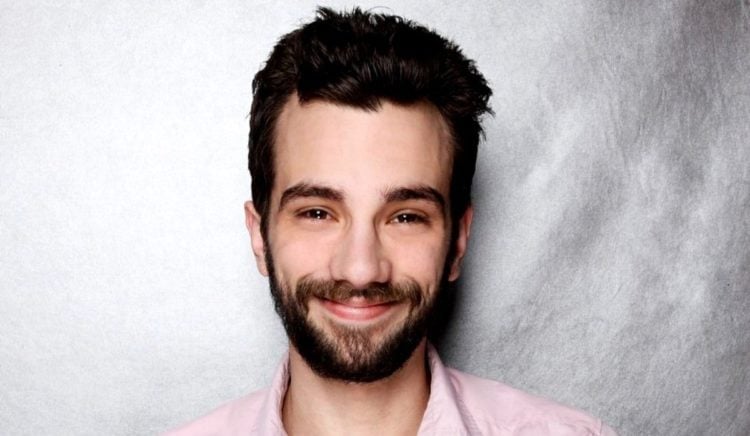 Jay Baruchel was always drawn to comedy and began his career in Canadian television quickly getting roles in big movies. Jay became one of comedy Producer and writer Judd Apatow’s “young Hollywood upstarts” which includes Seth Rogen, Jason Segel and Jonah Hill in the 2000’s. Baruchel has built a successful career as a comedic actor, writer, director and producer. Here are 10 things you didn’t know about Jay Baruchel.

Jonathan “Jay” Adam Saunders Baruchel was born in Ottowa, Ontario on April 9, 1982 and grew up in Montreal, Quebec. The Canadian has an Irish and Jewish heritage. His dad, Serge, is an antique dealer. His mom, Robyne, is a freelance writer. Serge was born in France and his father is Egyptian. He has a older brother, Taylor. Always the comedian, he soon began his career on Canadian television. Jay began acting lessons when he was 12 years old. He attended the same high school that actors Christopher Plummer and William Shatner attended. He graduated from Dawson College.

Jay was engaged to actress Allison Pill in 2011, but they broke up two years later. He recently became engaged to Rebecca-Jo Dunham. She’s a model from Jay’s hometown, Montreal. Dunham is so the director of the modeling agency, Agency FH. Jay Baruchel often shuttles back and forth from Los Angeles to Montreal to visit family. He speaks fluent French. Jay got his big break acting in Judd Apatow comedies and is good friends with fellow actor Seth Rogen.

Jay Baruchel began his acting career in Canadian television. In 1996 he starred in the television series “My Hometown”. The following year he co-hosted “Popular Mechanics For Kids”. His television roles led to film roles including 2000’s Almost Famous and 2002’s The Rules of Attraction. Jay got a role as an aspiring boxer in the Academy Award winning Clint Eastwood 2004’s movie “Million Dollar Baby”.

Jay felt his biggest career break came when Judd Apatow expressed interest in him and cast him in television and film. Apatow is responsible for launching the careers of many young comedians in the 2000’s. He cast Jay Baruchel as the lead, Steven Karp, in the television series “Undeclared” which aired from 2001 to 2002. Seth Rogen and Jason Segel also were cast on the show. Jay was also in Apatow’s movie Knocked Up. Jay would go on to appear in movies including Tropic Thunder, Fanboys, Night at the Museum, Robocop and The Sorcerer’s Apprentice.

Jay has had roles as a voice actor in animated films. He voiced the role of Hiccup Horrenderis Haddock III in the How to Train Your Dragon franchise including related short films. He was honored with nominations and awards for this role.

Jay Baruchel has been nominated for several awards and won several over the last decade. In 2007 he won the US Comedy Arts Fest award for Best Actor for his role in I’m Reed Fish. Jay was honored with two awards for his role in The Trotsky. He won the Canadian Comedy Award and the Jutra Award. In 2011 Jay won awards from the Online Film and Television Association and the Annie Award for his voice acting in How to Train Your Dragon. He won Best Musical Moment for This Is the End from the MTV Mario Awards in 2014.

Jay has three special tattoos honoring his heritage. He has his mother’s maiden name, Ropell, tattooed on his forearm. He has a Celtic cross tattooed on his upper right arm which is an homage to his Irish heritage. Of course he has his home country of Canada honored in a tattoo on his left pectoral area. The golf ball sized red Maple leaf was displayed in several films including Fanboys, Knocked Up, Tropic Thunder and This Is Life.

Like most Canadians, Jay is a huge fan of Hockey. He is loyal to his favorite home town teams. He has said that his dad and brother showed him how to enjoy hockey and has called the sport a connection to fighting and good drama. Jay’s favorite teams are the Celtic F.C. and Montreal Canadians.

9. He appeared in a music video

Jay Baruchel is a huge fan of the Scottish Indie band Idlewinds. Jay first heard the band on the radio when he was 19 years old. When the band found out that the Hollywood star was one of their biggest fans, they asked him to appear in the 2015 music video for their song “Every Little Means Trust”. It was a huge honor for Jay and exciting for the members of Idlewinds.

Jay Baruchel continues his successful career as a writer, director, producer and actor in comedy television and film. He will voice Hiccup again in the upcoming How to Train Your Dragon film. He is also set to write, direct, produce and act in the upcoming Random Acts of Violence. Jay played Josh Greenberg in the television series Man Seeking Woman. He appears in 2 episodes of the series LetterKenny as “Hard Right” Jay.

Anybody watching the new primetime drama “Stalker” knows that it’s a great show. The hardcore Maggie Q plays a killer cop with a no-nonsense attitude and her newest addition to the team, Dylan McDermott plays…

I kind of wish I had an invite to the Sweet 16 party of Kylie Jenner.  At least I would have liked to have been there for the end when I collected my goodie bag.  …

It may have been the Super Bowl for most of us, but for Kevin and Danielle Jonas, it was a night of miracles. While we were all cheering and gobbling our wings, they were gathered…

After leaving fans wondering which role he would play in DC Comic’s, Shazam film; actor Dwayne Johnson has officially announced that he will be playing Shazam’s arch rival, Black Adam.  Johnson used Twitter to share…

At the moment Fashion Police star Joan Rivers is resting comfortably in her New York City hospital room after enduring complications during her routine vocal cord surgery. The star’s daughter, Melissa Rivers, is shocked that… 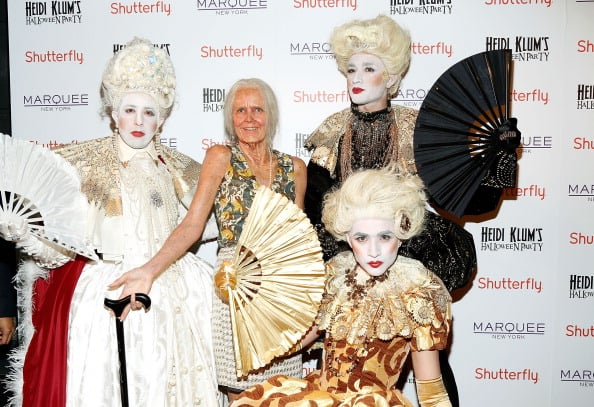