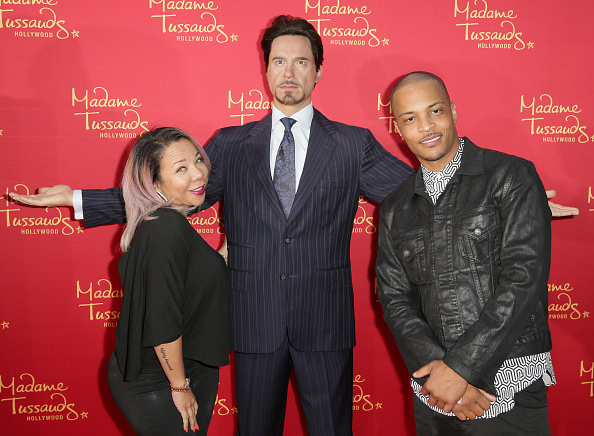 Tiny Harris might not be a household name, but you know who she is. She’s a former singer with a hit group, she’s the wife of one of the most famous rappers in the world, and she’s always in the news for making some decisions that other people might not see as ‘normal,’ but she sees as decisions that make her quite happy with her own life. Tiny Harris is actually Tameka Cottle, who has been with T.I. for the past decade and a half. They were married in 2010 and she changed her name to his because that’s what she wanted to do, and she continues to use his name even in her professional career.

She’s newly pregnant and loving every second of it, and it’s been a long road for her after giving birth to a stillborn daughter in 2007. It’s not be easy, but it’s a road she’s choosing to take one more time with her husband, and they are having the best time right now. If you don’t know much about Tiny Harris, now is the chance to learn what you can, because she is in the news all the time with this new pregnancy, her marriage and her personal life.

One of the things that attracted T.I. to Tiny Harris more than anything is her positive outlook on life. He’s been known to say that she is always optimistic, that she is always smiling and that she always finds the good in every situation. That’s a pretty nice deal, too, since so many people in the world are just negative and pessimistic about many things. We can appreciate that about her.

She Has No Problem With People Knowing her Business

If there is one thing that Tiny Harris has no problem with, it’s people in her business. She’s been known to sing songs that are very personal and speak very much of her private life. She has no issue with letting it all out and making sure that everyone knows precisely what’s up with her and things that most of us prefer to keep more personal and on a different level.

Tiny Harris knows all about heartbreak. She’s been trying to have a baby with her husband, T.I. for some time now, and things have not gone her way. The couple has two little boys together, and they had a little girl in 2007. However, she gave birth at only 6 months and the baby was stillborn. She has been heartbroken ever since.

T.I. and Tiny Harris announced in December 2015 that they are expecting a child together, and they are very excited about the prospect of having another baby. This will make six living children for T.I. as he has three other children from other relationships he had before he was with Tiny Harris.

We know that she sings, but did you know that Tiny Harris was part of the group Xscape, a group with some good music that was out when I was growing up? She’s been famous for a while, and she has a pretty good idea of what it takes to be in the business of rapping, singing and being with someone in the same industry. They had several hit records in the 90s and made quite the name for themselves when they were hot.

She and T.I. Have Been Together for a Long Time

T.I. and Tiny Harris are not a couple that’s new to the game. They met and began dating back in 2001. However, they did not get married until 2010 even though they have several children together and have even lost a child together. The couple has seven children together with his three from previous relationships and her one from previous relationships.

With a very high risk, complicated pregnancy in 2007 that resulted in the loss of their little girl and the fact that she is over 40, Tiny Harris is dealing with a very high risk pregnancy. However, she’s said that this is one of the best pregnancies she has ever experienced and she is feeling good. In fact, she is feeling a bit frisky at this point, but that’s sometimes what happens when you enter into the second trimester of a pregnancy and have that much going on in your life.

She’s Not Afraid of Change

When Tiny Harris took a trip to Africa recently, she came home with a new look; permanently dyed eyes. She went from having dark brown eyes to having light gray eyes. She actually flew to Tunisia where she had the surgery performed, and she was quite happy to have it done. She doesn’t regret it, says she is quite happy with it and she has no desire to change any of her look again now that she has the eyes she’s always wanted. The deal is, however, that it’s not a surgery that’s legal in many places, which is why she had to go so far to have it done.

She’s Not Worried about Anyone Else

She’s Proud of her Daughter

She’s a soon-to-be mother of four biological children – five if you count the daughter she lost in 2007 – and she is very proud of her oldest. Zonnie is her oldest daughter at 20, and she’s the only child Tiny Harris does not share with T.I. Her daughter is a singer, too, and that makes her feel so good about her role in her daughter’s life. She is very hands-on with her daughter, and she’s always been there for her even though she has a crazy busy life, career and other kids. She’s always put her kids first.

Living life in the spotlight can be extremely difficult for…

Drake is one of the hottest singers of the moment,…

Actress Penelope Cruz has been the center of a strange…

Best known for her role as Rudy Huxtable on the…

Actress Renee Zellweger has been acting for more than 20…

Unfortunately, for those who choose to live life in the…