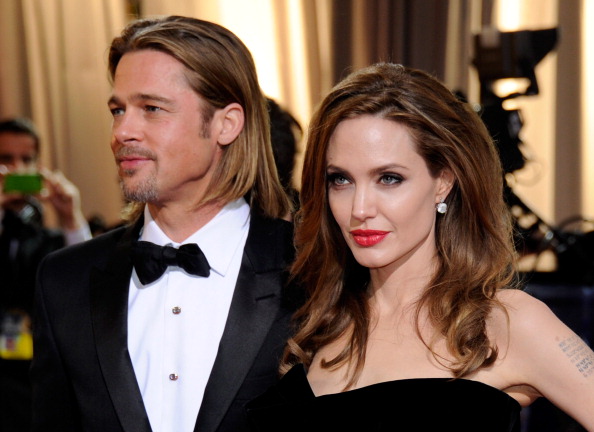 Celebrities have all the resources in the world to look good. They can afford the best makeup, the best skincare, the best medical help to keep them looking young, and just about everything in between. When you can afford to spend hundreds of dollars on a haircut,  color, and thousands on personal trainers and home gyms as well as designer clothing, it’s not hard to look better with age. However, some people are just blessed with good genes – not that a little extra work isn’t used. Read on to find out which 15 celebs look better with age. 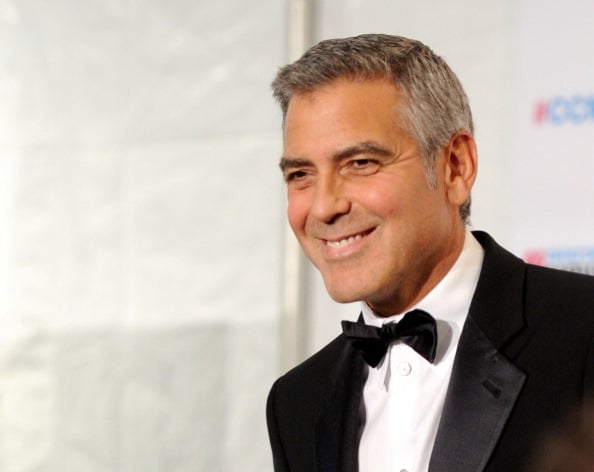 I think we can all agree on the fact that George Clooney is good-looking, and he just keeps getting better-looking with age. He was always a handsome man, but as he grows older he grows more distinguished and more handsome. In the past several decades, he’s managed to stay trim, fit and in shape. His hair is graying visibly but instead of trying to hide it, he’s embracing it and allowing himself to age naturally. We’re not sure whether or not he’s had any work done, but he does have laugh lines and smile lines, so we’re assuming he’s just genetically blessed. 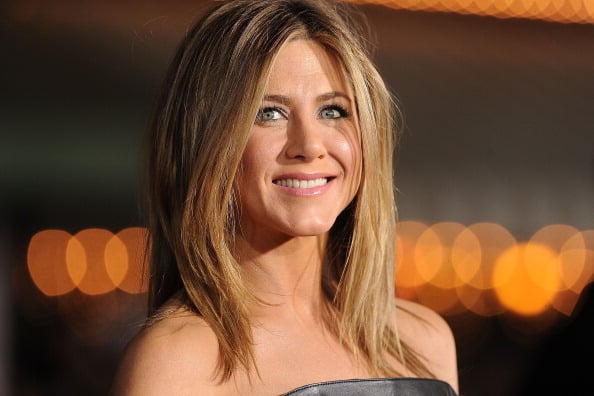 It’s been more than 20 years since she began her career as Rachel Green on the hit sitcom FRIENDS and it’s been 20 years since we all fell in love with her natural beauty. Into her 40s now, Aniston is more gorgeous than ever. She’s still got great hair, even if she does color it (and who doesn’t, really?). She’s got a great body that she keeps in shape by exercising regularly. She’s still fit and toned and gorgeous, and she’s not letting age slow her down. She may or may not use any nonsurgical enhancements, but she’s still gorgeous. 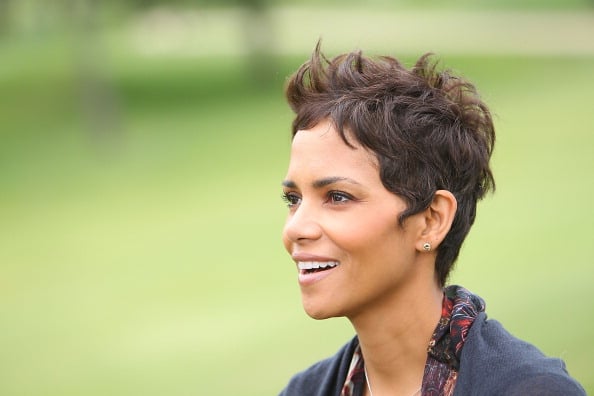 Does it get any prettier than Halle Berry? She’s been in the acting business for a long time, and she’s just as youthful and beautiful now as she was when she was younger. In fact, she’s even more beautiful in her 40s than she was in her 20s. Why? Because she’s come into her own. She makes women look forward to their 40s. She’s in the best shape of her life, she has a great and very chic hairstyle, a casual look and she’s not afraid to show off her gorgeous assets. 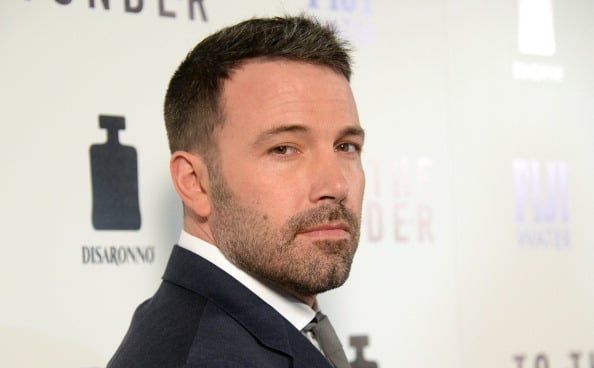 When he started out in Hollywood, he was young and cute and refreshing. However, he’s still young and cute and refreshing. He hasn’t seemed to age a day in the past few years, even though he’s much better looking now. He’s much more refined and he takes much better care of himself. He’s working on that distinguished look that only men can achieve with age. He makes it apparent to the rest of the world that men really do only get better with age, even if they were already good to start with. 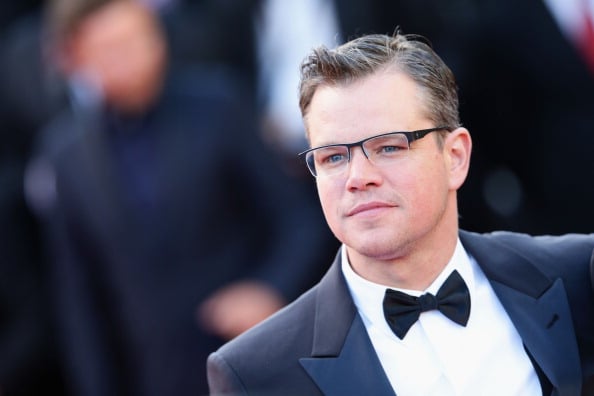 You can’t talk about Ben Affleck without talking about Matt Damon. They’ve been best friends most their lives, and they continue to do everything together. They got started acting together. They both had a few kids around the same time, and they’re both aging well together. There’s something so refreshing and natural about Damon that makes you understand what it means to age well as a man. He’s not quite distinguished, yet, but he is handsome in a very understated manner that might have something to do with his seemingly great personality. 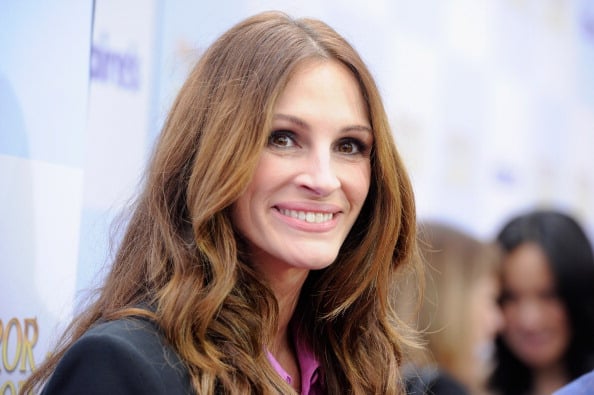 When she was everyone’s favorite Pretty Woman, she was pretty. Now that she’s America’s Sweetheart, she’s absolutely gorgeous. She’s been in the business more than 20 years and she ages gracefully. She’s never had a problem with her signature big smile, which she has lines to show for it. She’s managed to keep herself in good shape, even when she tears into a piece of pizza sitting in the audience at the Oscars earlier this year. She’s gorgeous, and everyone knows it. She’ll continue to get better looking, too. 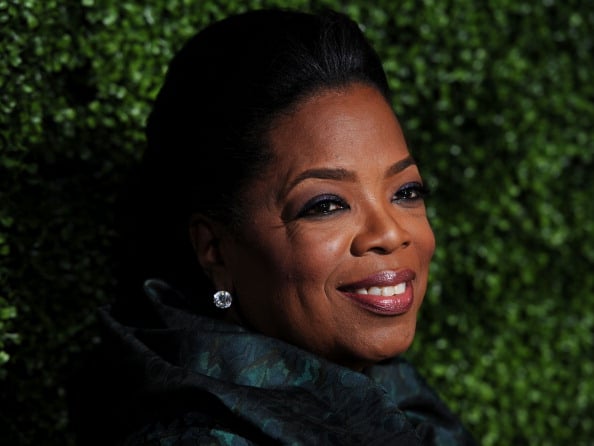 She’s always had a little trouble with her weight, and she’s documented her troubles on her former talk show for many years. However, as she ages, Oprah becomes so much prettier. She’s much more refined and much classier now than she was in the past. Of course, it could be the harsh 80s hairstyles and shoulder pads that made her look less than attractive in the past, but her much softer, much more elegant look today helps her look absolutely lovely. She’s toned it all down and the look works for her. She’s even in better shape now than she has been throughout her life. 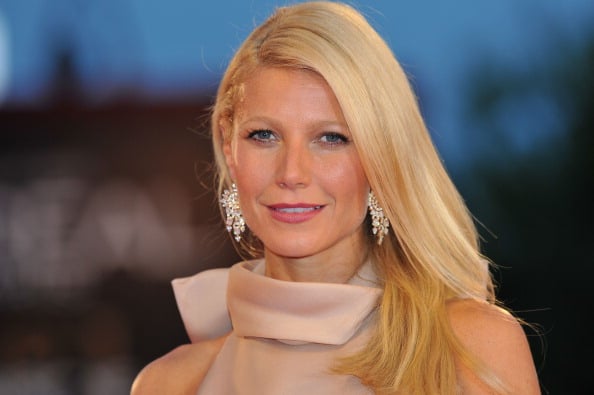 She might have a reputation for being a bit difficult and somewhat out of touch with reality, but you can’t deny the fact that she’s growing more beautiful as she ages. There’s a chance she probably uses botox and some other types of nonsurgical help to look this good, but she does look good. Her fresh-faced look is best when she’s makeup free and allows her freckles to stand out. She might not be everyone’s favorite actress, but she’s undoubtedly a lovely woman who has been aging very well. Of course, her mother is the beautiful Blythe Danner, so it only makes sense she’d age so well. 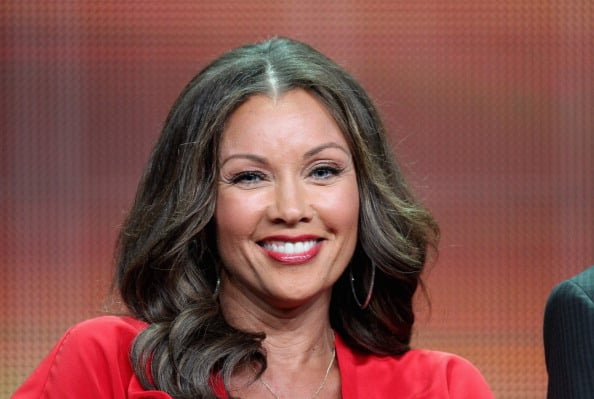 It’s hard not to be completely beautiful when you begin your career as a beauty queen, but she’s somehow managed to become even more beautiful in her older age than she was in her teens and 20s. She’s a gorgeous woman who has managed to keep her body in shape, her hair looking good and her skin flawless. She’s admitted in the past to using botox to keep her lines away, but we think that’s all she’s done to stay youthful and gorgeous over the course of the past several decades. She’s a stunner, for certain. 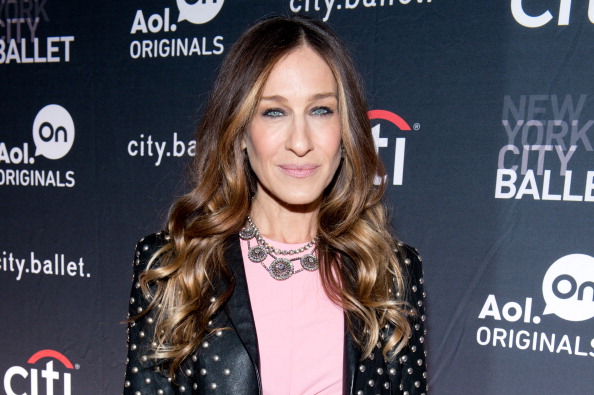 We watch her every year (at least I do) around Halloween as one of the evil witches in the best Halloween movie ever, Hocus Pocus. And we sit here thinking that she’s always been cute. What’s so great about SJP is the fact that she’s never used plastic surgery to change what many people might perceive as flaws. Instead, she embraces them and rocks them and it makes her all the more gorgeous for it. Everyone’s favorite shoe-obsessed Sex and the City star has done nothing if not age gracefully over the course of the past few decades. 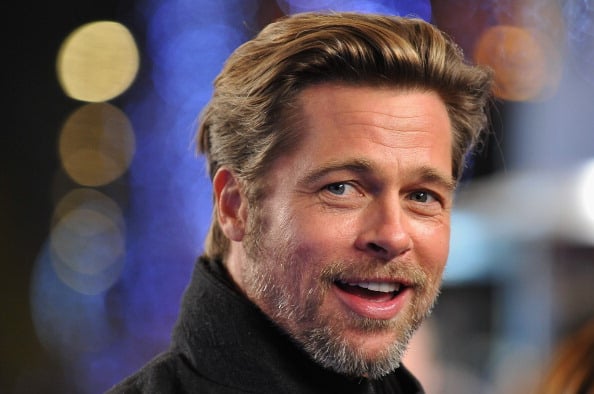 He’s always, always, always been pretty. There was never a time in Pitt’s life in which he wasn’t pretty. Of course, there are times he grows some pretty unattractive facial hair that gets out of control, but he eventually shaves it off and he’s back to being his very pretty self. He’s been in the business for decades, but he hasn’t aged a day. The only thing about his appearance that’s changed in the past 20 years is the fact that he’s just prettier than ever. Maybe it’s being with Angelina Jolie or having so much going for him that he doesn’t  have time to let himself go. 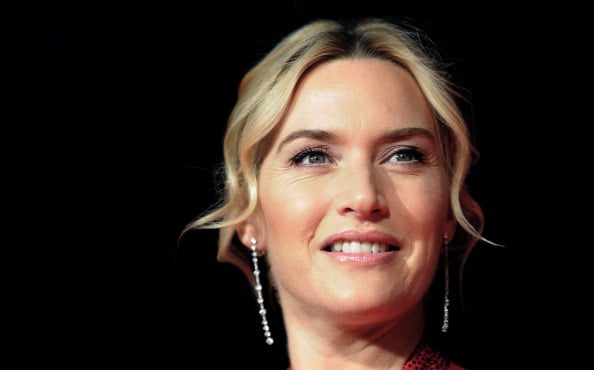 What we love about Kate Winslet is the fact that she’s always been so honestly refreshing. She’s not a stick thin model or a  perfect princess. She’s a real woman. She has curves and she embraces them. However, she’s gone from being the beautiful young girl who played Rose in Titanic alongside Leonardo DiCaprio to a stunning woman with several children whom she makes her world. She’s been very public about her opinion on plastic surgery, which is that she’s completely against it. She’s taken on a look that’s far more gorgeous; her natural look. She takes care of herself and it shows. 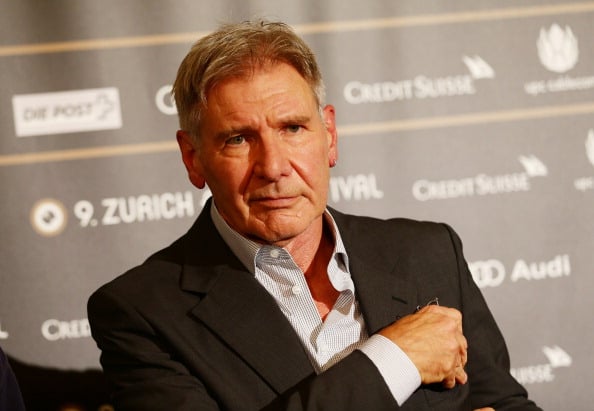 Han Solo has always been a looker, even after decades in Hollywood. What’s great about him, however, is that he’s still one of the most handsome men in Hollywood and he’s actually into his 70s now. He’s still acting full-time and he’s still so much younger looking than he really is. If you didn’t know any better, you’d probably assume he’s in his early 50s. Harrison Ford takes good care of himself, and he doesn’t rely on plastic surgery to keep him looking good as he gets older. He just eats right, exercises and lives his life to the fullest. 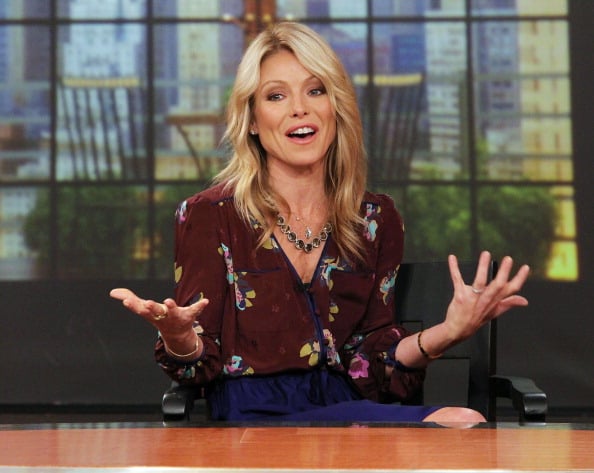 She’s adorable and there’s no getting around it. When she began her career in her early 20s as a rebel teen on All My Children, she was a little chunky and a lot refreshing. As she’s aged, however, she’s become involved in working out, eating healthy and taking care of herself. She admits to using botox and coloring her blonde hair, which she says is practically gray now that’s into her 40s, but that’s it. She has great arms, and everyone admires them each morning as we watch her talk to Michael Strahan. She’s become very pretty as she’s aged. 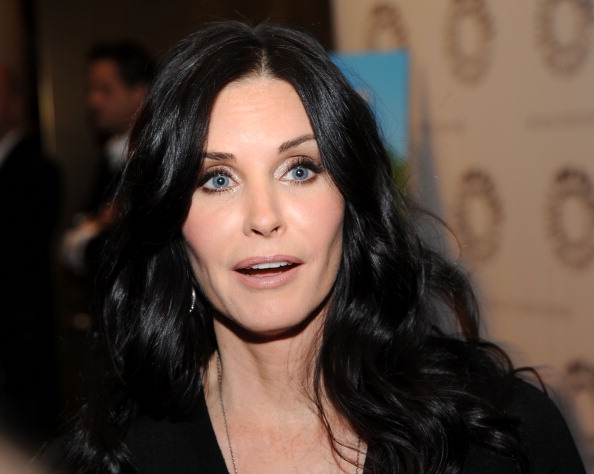 She was always refreshing and cute when she began her acting career, but she’s become so naturally beautiful as she’s aged. She has a great body, great face and beautiful skin. What’s great about Cox, too, is that she’s so natural. It’s rare to see her all dressed up with a ton of makeup. She likes to go natural fairly often and it’s so refreshing to see her great skin and her beautiful face. She’s also one who isn’t into plastic surgery, often telling reporters she’s going to grow old and look old. Fortunately for her, she seems to have good genes.

Most people don’t realize that Julia Roberts had acted in some films before her big break in “Pretty Woman.”  One of those films was Mystic Pizza.   A movie about a group of 4 friends who…

British Secret Service agent, James Bond, is one of the most popular fictional book/film characters of all-time. Since first being introduced in 1953, Bond has become a fixture in pop culture, and over the years… 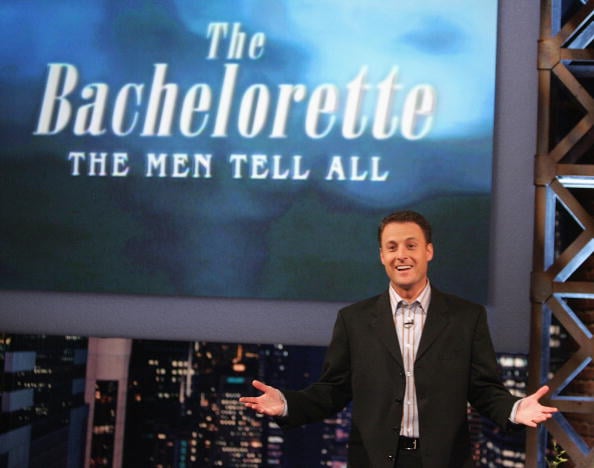 The best thing that could happen for ABC’s super-popular series The Bachelor/The Bachelorette would be news that could get people forgetting about the infamous Juan Pablo. The most-recent bachelor was an epic disaster and not…

NFL Hall of Famer, Jim Kelly, who was diagnosed with cancer last summer, is officially cancer free! On Wednesday Kelly’s doctors announced that there was “no evidence of cancer” in the former Buffalo Bills quarterback;…

It’s typically considered a major faux pas to wear white to a wedding unless you’re the bride, but it seems Solange Knowles doesn’t care much for what other people have to say about good wedding…