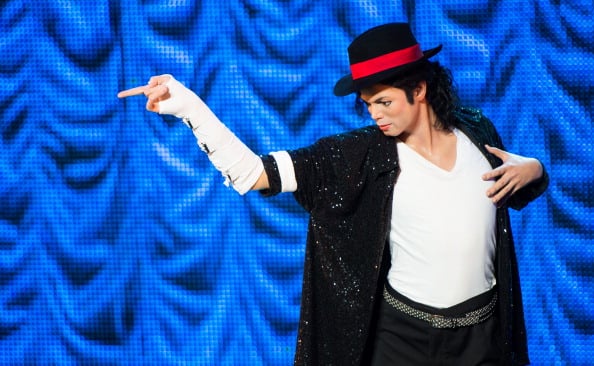 Celebrities are used to having people do things for them, even create statues of them to put on display. Some celebrities take things a step further and commission their own statues for their own homes. However, most celebs don’t bother. They simply sit back and allow others to do the honor of commissioning statues of them of their own accord. If you’re a celebrity obsessed fan, you might be curious as to where you can go in the world to take a photo next to the statue of your favorite celebrities. Read on to find out where you can find these celeb statues. 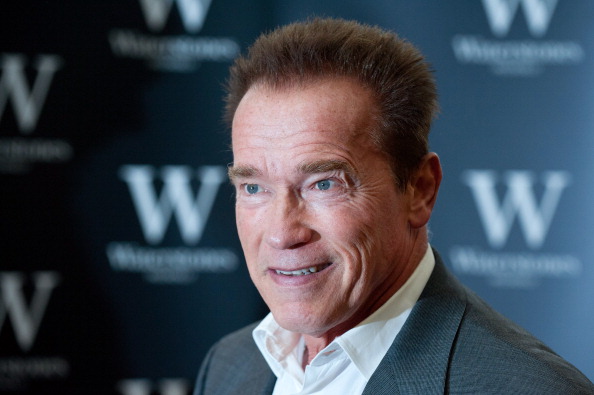 The mayor of the town in which Austrian body builder, actor and former governor of California, Arnold Schwarzenegger once lived called him the “Austria’s most famous living son,” when he decided to announce a statue of the body builder erected in front of the modest home in which the former political figure grew up. The surprising news here is the Arnold himself commissioned the piece to add to a museum of all things related to him and his fame. It’s a pretty bold decision to decide you’re worthy enough for a statue to place in a museum that’s all about you. 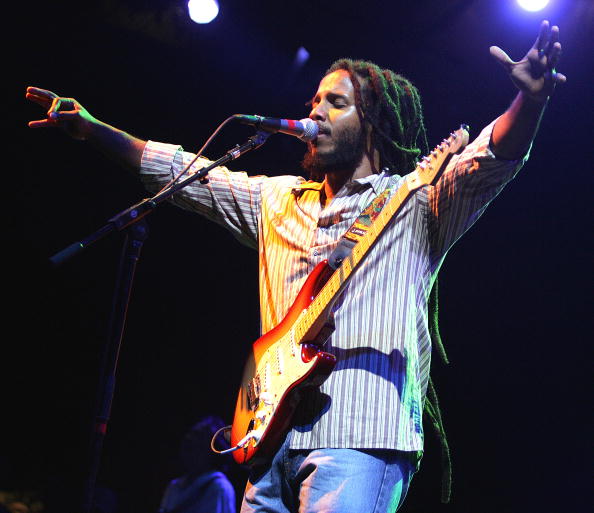 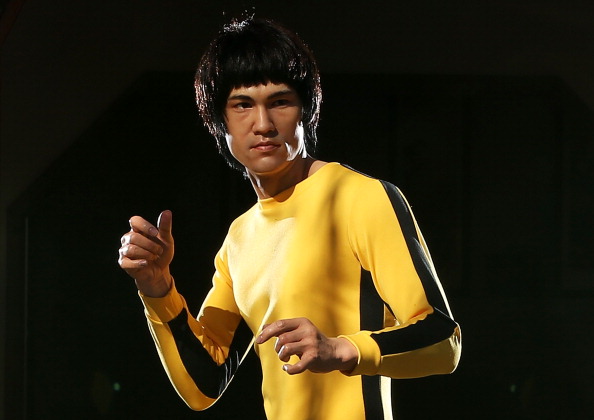 In November of 2005, Bosnia became the first official place in the world to commission a statue of Bruce Lee. It went up because the people there just love him. It also started something. It wasn’t long before Bruce Lee’s statue image was being placed all over the world, including in Chinatown in Los Angeles as well as in Hong Kong. We’re almost certain that Bruce Lee has more statues than any other Hollywood celebrity in town. After all, there are rarely two that go up in separate countries only 24 hours apart – he’s just got that kind of reputation. 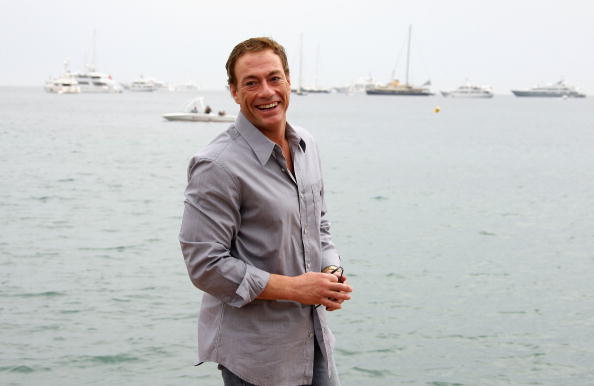 The famous statue of the famous 80s star was introduced in his hometown during an important event. It was the 40th anniversary of the local shopping mall. Van Damme even took time to pose with his statue when it was erected and made public, and it really does resemble him. It’s something that the people of Brussels commemorate in a big way. They’re very proud of their local hometown hero for leaving the country and coming to America to pursue his dreams of becoming rich and famous. He’s certainly made good on his dreams in the past three decades. 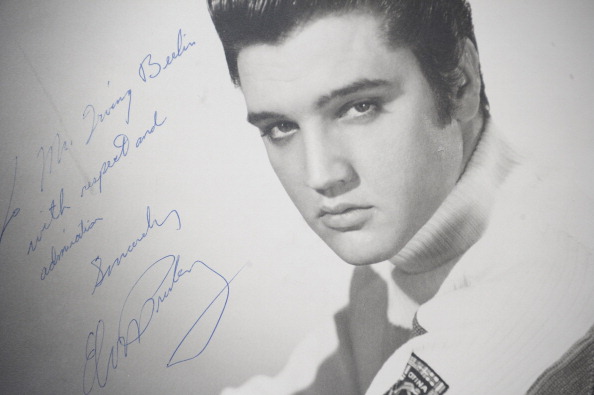 What we said about Bruce Lee earlier is just not all that true. In fact, Elvis has more statues than just about anyone else in the world. There are statues of the King of Rock and Roll everywhere in the world. While it makes sense that there’s one in Nashville, it makes less sense that there’s one in Japan and one is Israel. There’s another in Shreveport, Louisiana, but those southerners sure do love their rock and roll legend. Since he’s one of the most famous faces in the world, it’s not a big deal that his statue is everywhere. 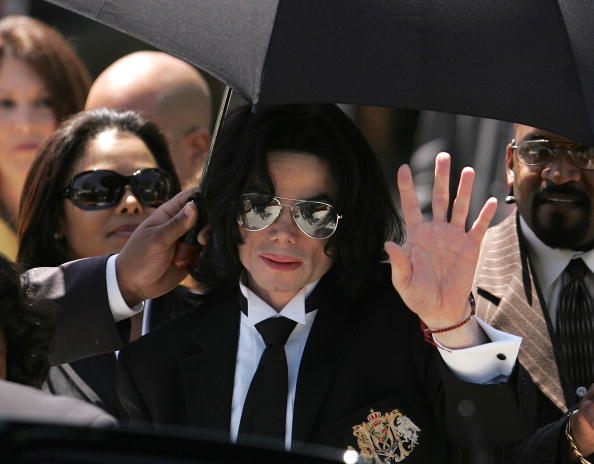 Mohammed Al Fayed owns the Fulham soccer team. He was a close friend of Michael Jackson. He had a statue of Michael Jackson commissioned after the superstar singer’s untimely death, and he had it placed just outside the soccer stadium. Since he’s not a soccer player, it does seem a bit strange that his statue would sit by the stadium. However, Al Fayed does not care. In fact, he once said that his fans could go to a place that’s very hot and located very south of most of us if they did not appreciate the statue. 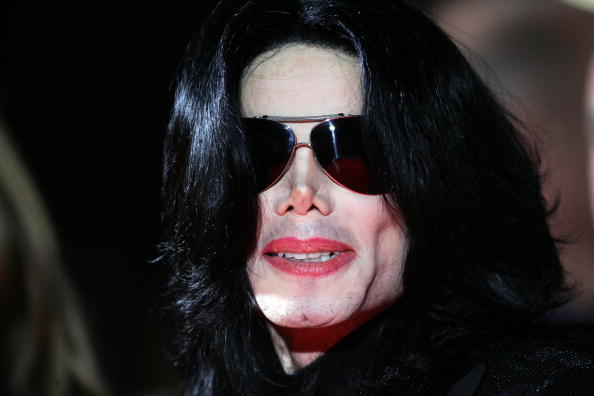 We had to add Michael Jackson twice, only because the locations of his statues are some of the most questionable and hilarious in the world. Not only is he a non-soccer player with a statue gracing a soccer stadium in London, he has a 35-foot tall statue in the Netherlands. While it seems that the people of the Netherlands must really love Jackson, it seems a bit questionable when you take the location of the statue into account. It sits in a McDonald’s parking lot. Yes, Michael Jackson stands 35-feet tall in the parking lot of a McDonald’s fast food restaurant. 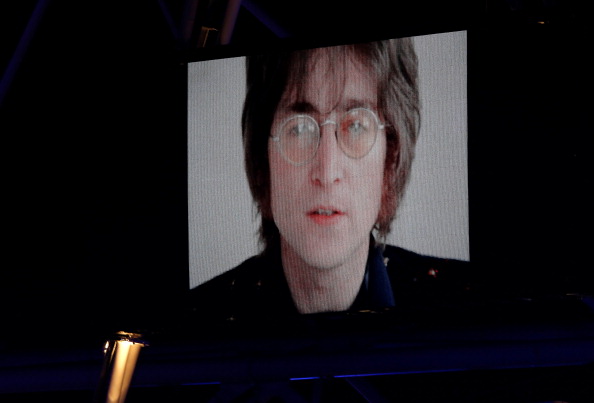 Cubans love John Lennon. The former Beatle doesn’t just have a statue of himself in a park in Cuba, he has an entire park that’s dedicated to him in the small country. Fidel Castro himself unveiled the statue on the 20th anniversary of the Beatles’ legend’s death, and he even has a small inscription placed on the statue. It reads, “You may say I’m a dreamer, but I’m not the only one,” which is a line from the song “Imagine”. Word has it that the security guard that patrols the park will actually place a pair of Lennon style photos on the statue so you can pose for photos with it. 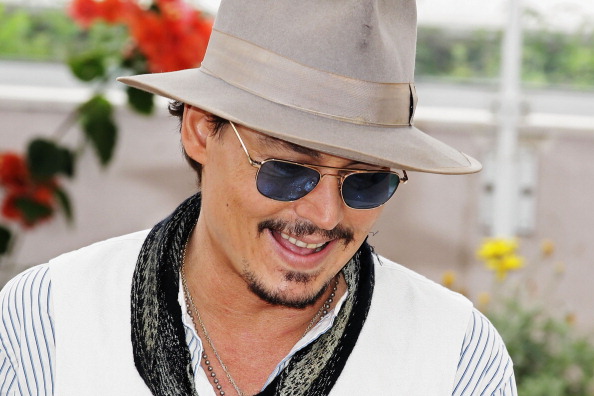 Most people love Johnny Depp. He plays some of the creepiest, funniest, and most unimaginably strange characters in the world, and he does it with expertise and precision. And one of his former directors really liked him. He really, really liked him. He liked Depp enough to commission a kind of strange statue of the actor and had it placed in a small mountain village in Bosnia. Emir Kusturica wanted to commemorate Depp after directing him in a film by unveiling the statue at a local film festival. Depp went to the unveiling, but he probably wishes he hadn’t. 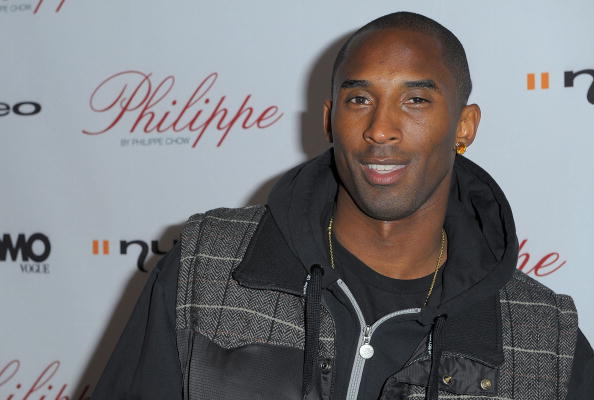 The people of China are hugely obsessed with basketball, and they love the Lakers. They love the Lakers so much that they had a massive statue of Kobe Bryant erected and placed outside the Guangzhou Academy of Fine Arts. The commemorative statue of number 24 is one that Chinese fans visit regularly. They have a thing for basketball, and even though they have plenty of basketball stars of their own, they love the ones that hail from America, and particularly those who play and make a name for themselves with the Lakers. No word whether or not it’s just a team thing. 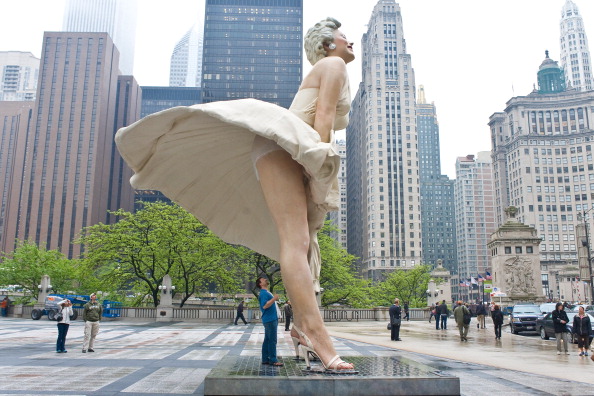 The famous and seductive actress is now 26-feet tall and sitting outside the Grounds for Sculpture in New Jersey for a few more weeks. The larger-than-life statue is of the famous actress in her most famous pose; wearing a white dress, holding it down while she stands over a grate in which the air from below lifts her dress up. It’s actually a reasonably well-made statue, which seems difficult when you have something of this size. However, the artist managed to capture some very little details of the actress in this pose. If you’re in the area, it’s worth a look. 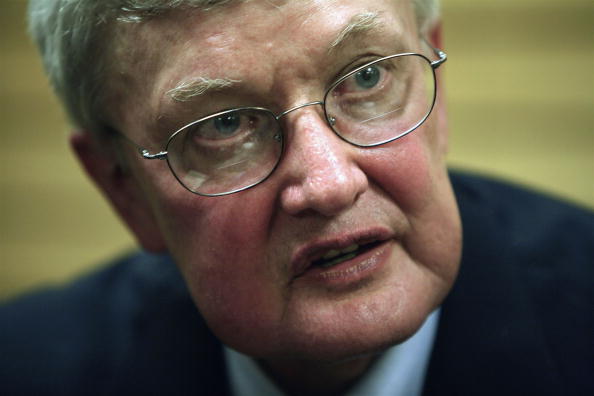 A bronze statue of Roger Ebert, famed film critic, sits outside the Virginia Theater in Champaign, Illinois. The statue features Ebert sitting on a bench offering a thumbs up sign at all who look on. The location was chosen largely because Ebert who passed away in 2013, hosted an annual film festival here each year. The statue was unveiled in April 2014 and has proven a big tourist attraction in the area. Many people come from all over the country to see the Pulitzer Prize winning man commemorated in a bronze statue outside a theater. 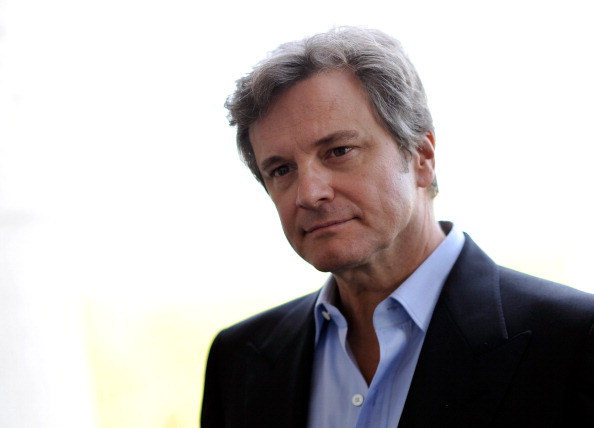 In 1995, BBC created a miniseries that commemorated Pride and Prejudice, and Colin Firth played Mr. Darcy. In one scene, he emerges from water soaked to the bone. With that in mind, the people of London decided to create a statue of Colin Firth that sits inside the water in Hyde Park. The fiberglass statue was commissioned to celebrate a new channel on television after this particular scene was chosen as one of the most memorable moments in a television drama. In America, actors get Oscars or Emmys. In London, they get soaking wet statues of themselves in a park. 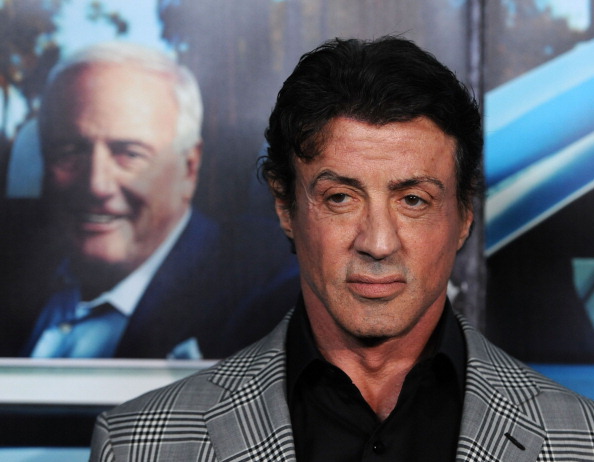 If you’re going to commission a 10-foot statue of a celebrity in a famous pose from his Rocky days, it’s going to be for a good reason, right? That’s right. The people of Belgrade did not commission this particular statue because they have a weird thing for Rocky, they commissioned it because they were desperate and thought it would help. The area spent years suffering massive floods and landslides, and they hoped that by putting up a statue of the man who worked with a “never say die” spirit, they’d channel a bit of that unto themselves. 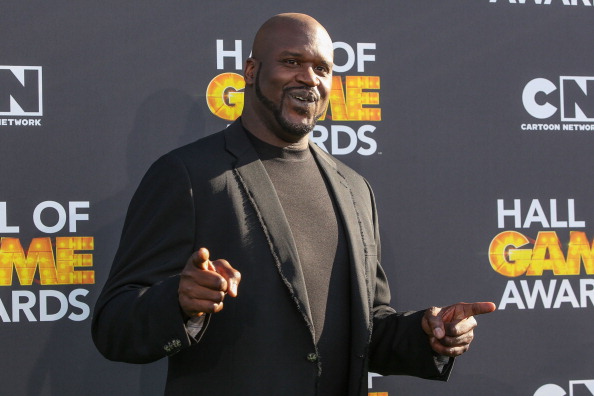 Anyone who has ever seen Shaquille O’Neal on television or in real life knows he can’t possibly get any larger. Unless, of course, he’s turned into a giant statue and placed in a park in Beijing. The statue that the Chinese erected of the famous basketball player is even bigger than the real-life version of Shaq, and that is no small feat (pun intended). The Chinese really have a thing for American basketball, and the L.A. Lakers. Shaq and Kobe Bryant are both commemorated in different Chinese cities with larger-than-life statues of themselves.

(Photo by Paul A. Hebert/Getty Images)

Reality TV star, Tiny Harris, is best-known to many for…

Afroman is a guy that we all know. We’ve heard…

Julie Bowen has been acting for more than 20 years….

Most actors and actresses love what they do.  They realize…

Aaron Carter rose to fame after his older brother, Nick…

Beyoncé is one of the most popular artists in the…