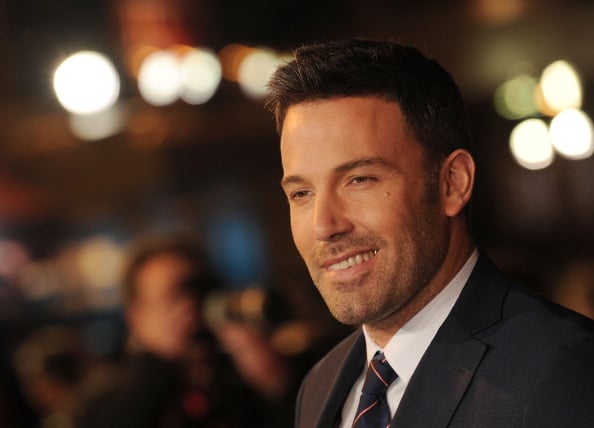 Gone Girl hit theaters today and critics and fans are raving about the hit book-turned-blockbuster, especially Ben Affleck’s portrayal of Nick, husband turned possibly murderer of his wife. It’s been big news for the past few weeks, and the actor is making headlines again today for his role in the movie. It seems Affleck and the director of Gone Girl did not see eye-to-eye during filming, and it led to some conflict on set.

Affleck would not wear the New York Yankees hat that director David Fincher wanted him to wear as he portrayed his character during one of the scenes in which his character dons a hat in order to go unrecognized as he’s out and about during the search for his missing wife. The Boston-native is a die-hard Red Sox fan to the point that he refused to even allow his character to put on a Yankees cap.

“I said, ‘David, I love you, I would do anything for you. But I will not wear a Yankees hat. I just can’t. I can’t wear it because it’s going to become a thing, David. I will never hear the end of it. I can’t do it.’ And I couldn’t put it on my head,” said Affleck of the dispute on set. Fortunately, it was a short-lived argument. Fincher thought that having Affleck’s character wear a Yankee hat was of utmost importance, but in the end they agreed to have him put on a Mets hat, instead. Apparently, that’s not a thing.

In the movie, Affleck plays Nick Dunne, a bar owner and the husband of Amy Dunne, who mysteriously goes missing in the middle of the day one day. All the evidence points to Nick as having caused his wife’s disappearance – and presumed murder – even though he maintains he has no idea where his wife is or what happened to her.

Please, please say it’s true; there’s going to be a sequel to the 1993 hit Hocus Pocus? The entire world (well, a lot of people) tune in on multiple occasions to watch this hilarious and…

I guess if you want to make a movie about a woman falling in love with a beast, you get someone who directed Twilight. I mean, think about it. Both stories are pretty much the…

Steve Jobs is one of the most iconic and relevant men of this generation. He is the founder and creator of Apple, and his legacy will continue for centuries to come. His death, though the…

Quentin Tarantino‘s slavery-based revenge flick, Django Unchained, was released to theaters in 2012, but it might have an afterlife on the small screen. On Friday, the director told an audience at the Cannes Film Festival that…

It’s been quite some time since buddies Ben Affleck and Matt Damon appeared in a movie together. The duo, most recognized by their performances in ‘Good Will Hunting’, might be headed back to the silver…