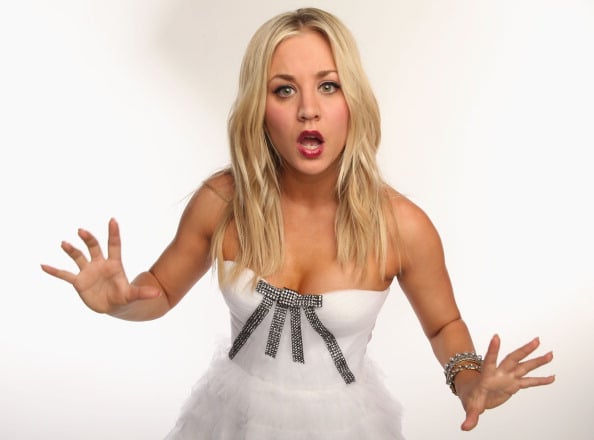 The Big Bang Theory is a favorite comedy of many, and the main characters of the show are now earning a significant salary of approximately $1 million per episode. It makes sense, considering the fact that the comedy is about to enter into its 9th season and the cast is hotter than ever. The main point of the show, for those who might not watch it, is that it follows the lives of a group of friends who live in the same building across the hall from one another, in a very “Friends” like setting, only they are in California and not New York City. There are a couple of geniuses in the show, and then there is Penny. She’s probably the most famous person in the cast, mostly because she’s been acting in leading roles for a long time. Kaley Cuoco is a famous face. She’s funny, she’s lovely and she’s just hilarious without turning people off.

She’s been acting for years, usually playing dumb blondes and beautiful girls who have nothing more going for them than their looks. She’s a lot more than that in real life, but the role works out quite well for her considering the fact that she does it so well. And, hey; she’s earning $1 million per episode thanks to her outstanding ability to portray a dumb blonde, so it’s probably safe to say she’s not too concerned with the type of characters she’s always ended up playing. But what would happen if the show went on without her? She’s recently married, and she has said in the past she’d love to have kids with her new husband. So if she were to decide tomorrow that she no longer wants to play the role of Penny and she’s off the show, what would happen the Big Bang Theory? Nothing good; that’s all we can say.

It would be a little geeky

Let’s face it; she’s the only one in the show who is not a geek. There’s nothing wrong with being a geek, but who really wants to hang out with nothing more than a group of absolute geniuses who may or may not have a little trouble socializing and behaving in normal situations thanks to the fact that some of them have a few character quirks? Without Penny, the one cast member who is not a genius, there would be nothing funny left in the show in terms of normal characters that are more relatable to the rest of the world.

It wouldn’t be as funny

Not only is she good at making jokes, she’s also the butt of many of the jokes in the show. For years, she was an unsuccessful actress looking to being a career in Hollywood that never panned out. She worked as a bartender at the Cheesecake Factory, everyone’s favorite, and she’s funny. Now she’s a pharmaceutical sales rep, but she’s still funny. She’s still a little bit of a ‘dumb’ blonde and she’s hilarious. The show would be nothing without Penny. Nothing.

Anyone who has ever watched this particular show knows that Penny is the resident drinker. She loves to have a cocktail, and she’s very rarely seen without one in hand, and there is nothing wrong with that. We actually love her drinking and some of the decisions her character makes when she’s been drinking. Without that, there would be only good decisions and far fewer hilarious moments. Also, we like to sit down with a glass of wine and watch her, so we’d miss her kind of a lot.

Who would play the pretty girl?

Let’s face it; the other characters on the show are lovely in their own way, but Penny is the hot girl. Every show needs a hot girl to make it work, or it won’t work. There is nothing we can say about that other than the fact that fewer people are going to watch this show without the hot girl to make things a bit more interesting. Sure, a couple of geniuses and their own personal lives are interesting enough, in an awkward and sometimes uncomfortable manner, but the hot girl is the one who really makes the show what it is.

There’d be less opportunity for Sheldon to make jokes

At the end of the day, who is it that Sheldon picks on the most? It’s Penny; so without her around to make jokes about, to and with, who will he pick on? He’d end up depressed and miserable and missing his friend, and he’d have fewer nice things to say and he’d probably offend more people than he makes happy and then he’d be even more miserable. I can go on about all the things that he would miss about Penny, and that is just because she is such a completely important part of the cast.

The ladies would miss her

She’s their leader; their fearless leader. She’s the one who talks them into doing dumb things and makes sure that they have a little fun in their lives, and they would miss her too much. In fact, I’d venture a guess that the ladies in this show would not be able to go on without Penny if she were not there. They need her to keep things interesting and to make them more interesting. Without her, they are going to lead and unexciting and very boring existence, and that’s no fun.

There are so many more reasons why the Big Bang Theory would never work out without Penny present, and we just don’t have the time or the space to list them all. But rest assured that without her in the show, there would be nothing left for the show to work with. She’s too important, and she is too much of a fan favorite for the series to work without her. Here’s hoping she continues to renew her contract for the time being so that we can all breathe a sigh of relief.

It looks like the next season of the Real Housewives… 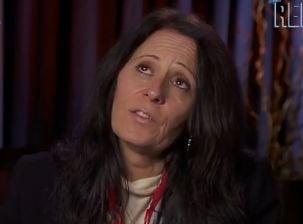 “The Bachelor” kicked off its new season with a preview…

Jillian Michaels, celebrity trainer and permanent fixture on the hit…

Days after walking out on an interview after being upset…

Good Morning America announced Thursday that Roberts will return to…