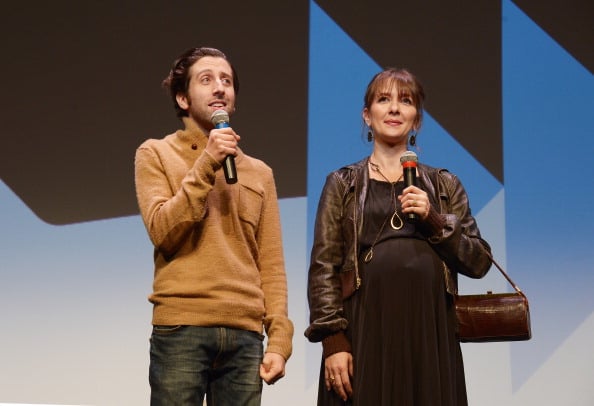 The pair also confirmed the news during a Reddit Q&A on June 12. We “made 2 babies and 2 films in the last 2 years,” they wrote, as readers sent in their congratulations.

Helberg, 33, first revealed the couple were expecting their second child when his actress-writer wife, 37, stepped out with a noticeable baby bump at the Screen Actors Guild Awards in L.A., this past January.

Helberg also voices a character on Kung Fu Panda: Legends of Awesomeness and also acted in a variety of television shows and movies before landing the role of Howard, including A Serious Man, Studio 60 on the Sunset Strip, and MADtv.

Helberg and Towne were married in 2007 after dating for several years. The couple live in a $3 million, 4,179 square foot Hollywood estate from Brooke Mueller, ex-wife of Charlie Sheen.

Collaborations are all the rage in the music industry these…

Barbara Walters is retiring from TV journalism. After more than…

Tom Hanks is one of those guys you wish you…

Some new parents are terrified to leave the house with…

WNBA superstar Chamique Holdsclaw threw a brick through the window…

Liam Hemsworth might have traded ‘twerking’ for a vampire! Miley…