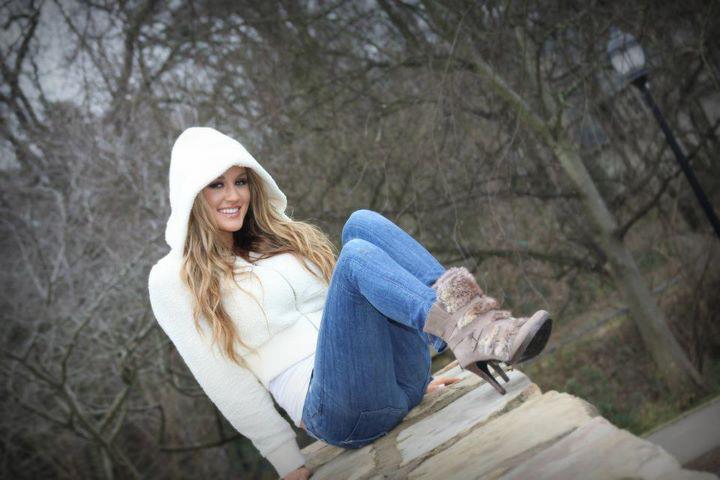 Brittany Kerr is an American singer, dancer and model who grew up in North Carolina with one brother and a sister. She was born in June of 1988 and has been working trying to pursue her goals of being a singer and make a name for herself in the music industry. She moved to California to further her career and found herself making the tabloids, just not for the reasons she’d hoped for. Today, she is married to a popular country music star and living the dream, at least part, of what she had always wanted. She also has another dream that she had been working on since her transition to the west coast, however, recent news that she and her famous husband have recently let out of the bag, may have put that dream on hold for a while. Do you know Brittany Kerr? If you have seen her on the tabloids, you may be familiar with who she is, but here are 10 things you don’t know about Brittany Kerr.

Brittany got an audition for the popular talent show, American Idol during the 11th season. She sang, Blue, by LeAnn Rimes, and Spoiled, by Joss Stone. She was ultimately voted through by Steven Tyler and Randy Jackson, however, Jennifer Lopez did not vote Kerr on through to the next round. Lopez later said that she thought Kerr had a very pretty voice, but she wasn’t strong enough and she would not last a minute out in California at the next round of competition.

2. She credits her faith for getting her where she is

Brittany Kerr has a strong faith in religion and prayer. Kerr was frequently heard during the audition process, crediting her faith and prayer for her path and where it’s lead her. She said in an interview at the music audition, that if it weren’t for her faith and prayer, she would not be where she is today and firmly believes that, “hands down.” She also credits her friend, Rhema Helm, for encouraging her to try out for the show. She believed in Kerr’s talent and voice and told her she needed to pursue it.

Everyone has an idol that they admire and love. Brittany Kerr is no different and she’s talked about the singer that she loves. Carrie Underwood is one of Kerr’s favorite singers. She talks about how Carrie Underwood is doing big things in country music and the fact that she thinks it is great. Underwood got her start on American Idol and now is one of the biggest names in the music business.

4. Cheered for the Bobcats

Kerr not only has a singing talent, but dancing as well. She was a cheerleader in high school but did not make the cut for the cheerleading squad at the University of Alabama. Kerr was told she was too tall and lanky for their squad and was turned down. This didn’t stop her from pursuing her dancing/cheerleading ambitions, however, and she auditioned for the Charlotte Bobcats cheerleading squad, and ultimately became one of the Lady Cats dancers, which she did for two seasons. She was even featured on the 2011-2012 Lady Cats Swimsuit calendar.

5. Married to a country music man

Brittany Kerr is married to Jason Aldean, a country music singer. They married in Mexico, in March of 2015, and although it was a happy ending for the two of them, the relationship started off under scrutiny. Aldean was a married man at the time the two met at a bar in California. The two were caught kissing and being chummy, outside the bar. She apologized for her behavior, saying she was drunk, but the relationship blossomed and Aldean eventually divorced his wife and high school sweetheart, and he and Kerr have been together since.

Kerr and Aldean announced that they are pregnant. They are expecting their first baby together and they did it via pics on Instagram. The photos show Kerr and Aldean wearing T-shirts that read, “Baby Momma” and “Baby Daddy.” One shows Kerr on the kitchen counter surrounded with pink and blue balloons, and the oven door open with a bun in it. Another photo shows the two in the T-shirts and Aldean kissing Kerr while his hand is touching her baby bump. Kerr has said that she hopes to have a boy. She wants a little “Hunter” which is her younger brother’s name, and who she says is her best friend.

7. Tried out for Victoria’s Secret model

In 2010 Kerr entered a national Victoria’s Secret model search contest. Although she ended up doing well, overall, she did not make the cut. She placed in the top 80, which is definitely something to be proud of, considering the number of girls who try out to be one the popular magazine’s models. Being a model is her secret passion, she has said. Now that the baby is on its way, the dream will be put on hold.

Kerr attended Mecklenberg High, in Charlotte, North Carolina. She was very active in high school, playing on the softball team, basketball, cheerleading and she sang in the choir. She was also crowned homecoming queen, and it’s easy to see why with her stunning looks and outgoing personality.

When The American Idol featured kerr on their show, lots of people began to google her to find out more about who this new talent was. The traffic to her website got jammed and it crashed. Hers wasn’t the only one to crash; so did the photographer’s site who had photographed Kerr for the Bobcats where she was often featured while she was with the Lady Cats dancers.

10. How big is her diamond engagement ring?

If you see Brittany Kerr, you won’t be able to miss the huge diamond engagement ring she wears. It is at least 4 carats and is a square-cut diamond. The diamond is set in a platinum prong setting and is easy to spot on her finger in most of her pictures these days.

We feel like we report on something related to Kanye West by the week.  Last week we gave you some of Kanye’s best quotes from 2013.  This week?  Not nearly as funny or entertaining.  It…

According to his publicist, Actor Dustin Hoffman has been successfully treated for an unspecified type of cancer. The publicist went on to say that the cancer was detected early and surgically removed. She added that… 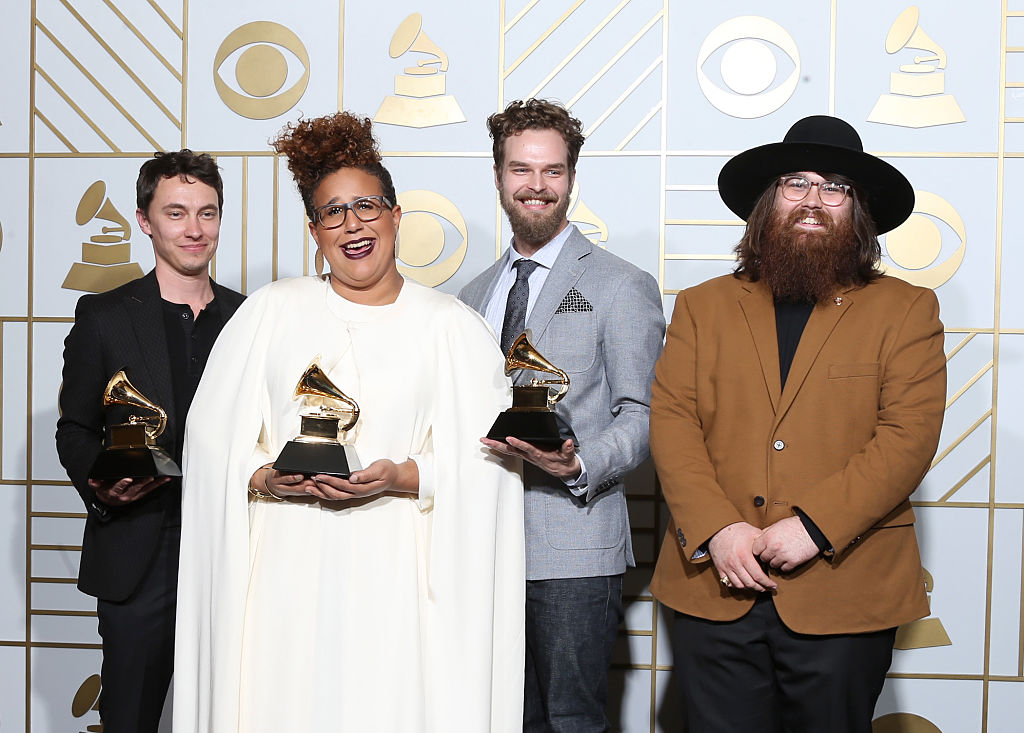 If you think Alabama Shakes is the name of a super cool place to get a milkshake – like my 5-year-old thought – you are mistaken; even if it would be a cool name for… 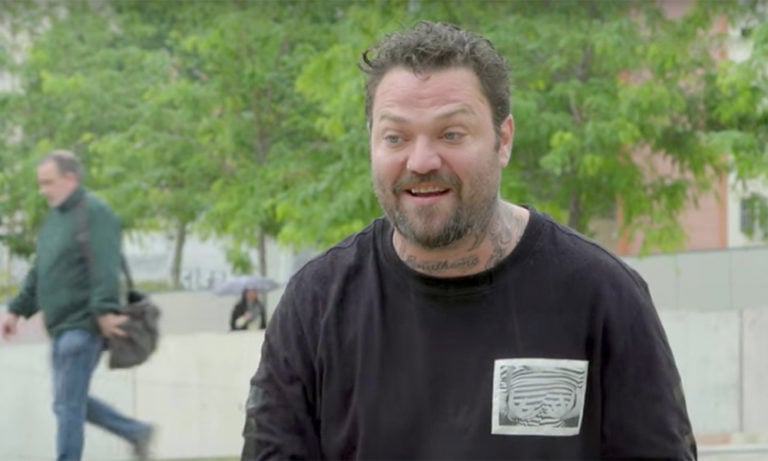 If you are wondering who Bam Margera is, you are not alone. For those who know and wondered what happened to him since the mid-2000’s, you also are not alone. There are several unsettling realities…

Most people want to meet their favorite musicians for a selfie or at least just get into see their concerts so that they can say they’ve met the person they love most. However, no fan…

There must be a flame that is ignited in an actor when they stand in front of the camera. A sort of bug that bites them. I don’t think every actor gets the “bug”, but…