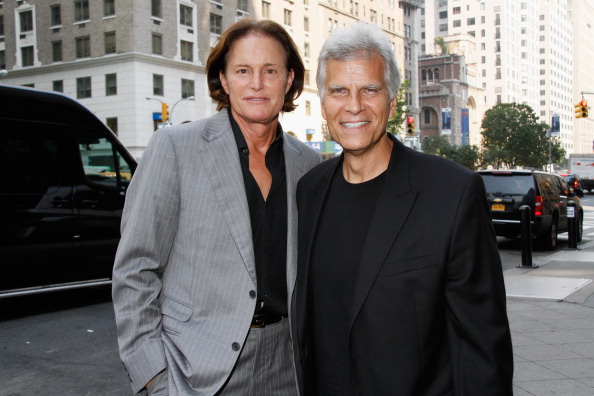 When you’re part of one of the most famous families in the world, you pay a certain amount of attention to your look. This is especially true of those who go by the last name Kardashian and/or Jenner. It seems that Keeping up with the Kardashians isn’t something only the diehard fans of the family do a half hour a week on television; it’s what they do in their own home. Despite officially being in the throes of divorcing the matriarch of the Kardashian clan, Bruce Jenner, step-dad to Kim, Kourtney, Khloe and brother Rob (as well as father to Brody, Kendall, Kylie and a few more) is still trying to keep up with the K’s.

Since separating from his soon-to-be ex-wife last year, Jenner has made some serious changes to his outward appearance. The former Olympic gold medalist has grown his hair long and luscious, he’s begun seeking regular manicures, and he’s had some (unconfirmed) work done on his face that gives him, dare we say it, an almost feminine look. Sure, Jenner has had several plastic surgeries in the past, and he’s readily admitted to that little fact. The reality television star and father of 10 began his relationship with plastic surgery in the mid-80s and has continued to seek the help of plastic surgeons over the years to enhance his appearance. While it hasn’t all been good for his appearance, Jenner has been making so many startling changes to his appearance since his relationship with Kris Jenner ended that we have to wonder what is going on with his sudden feminine look. Let’s take a look back at the signs and surgeries and answer the question: Is Bruce Jenner’s changing look the reason behind his divorce?

Bruce and Kris Jenner weren’t married yet when he underwent his first plastic surgery. He went under the knife then for a nose job and a partial-face lift after deciding that his once youthful and handsome appearance was becoming lost with age (hey, it does happen as you get older, Bruce). The jobs were ones he called “botched,” and resulted in a slightly skewed look on his face. It was big news at the time considering he was one of the most famous athletes in the world, and at the time it was fairly uncommon for men to go under the knife for vanity reasons.

It was said that after seeing the results of his horrible plastic surgery, Jenner began to live with a number of insecurities. Of course, anyone would after seeing their once-handsome face destroyed at the hands of an elective surgeon.

The second time Bruce Jenner went under the knife was in 2009. This time he decided to consult with plastic surgeons to help fix the damage that was done to his face in the 80s. He wanted his face-lift and his nose fixed so that it wasn’t so obvious that his surgery in the 80s went bad. The question here is why it took so long for the Olympian to correct the mistake that was made the first time. Perhaps it was fear that after one bad surgery resulted in a botched face a second one would only make it worse. Perhaps he simply didn’t know how to go about finding a reputable surgeon to do the procedure. Perhaps he waited until he saw the many results his wife and step-daughters had and asked them for a referral. It was confirmed at this point that he was undergoing the knife for a second time.

After his surgery in 2009 to correct the mistakes made with his face in 80s, Jenner no longer admits to undergoing the knife any additional times. However, his exceptionally different look speaks to a completely different story. From 2009 to 2014, the actor has changed his appearance in a way that can only occur with the help of surgery. From his near-perfect hairline to his almost pointed nose, his angular face and his missing Adam’s Apple, it’s obvious the reality star has had additional work done.

What’s questionable about this work, however, is that it doesn’t seem to be work that is making him appear younger. In fact, unlike many stars who have plastic surgery to hold onto that last bit of youth, Jenner appears to be making significant changes that have nothing to do with looking younger; more like completely different.

The reality star no longer admits to having plastic surgery, but he’s frequently compared to Michael Jackson. If you take a close look at the two, it’s almost easy to see why the comparison is being made. Jackson went from good-looking to scary, and Jenner is doing the same. Jackson went from looking like a man to looking more like a woman (and speaking like a woman). Jenner is doing the same. Both chose to go with long, pointed, thin noses and removed Adam’s Apples. Both chose to angle their faces in a manner too harsh to be considered attractive.

Is Bruce Jenner Looking to Become a Woman?

Without his medical records or confirmation from the star or his surgeons, there is simply no way to know precisely how many plastic surgeries Jenner has undergone. However, expert plastic surgeons agree that Jenner has had more than just a few face lifts and other plastic surgeries, and has taken things a bit too far.

With the way he appears now, many people believe that Jenner is looking to become a woman and there is even a bit of a rumor going around that this is the reason he and Kris Jenner have decided to divorce. However, the rumor is not true. According to Board Certified Plastic surgeons, Jenner’s face has taken on such a feminine appearance because he’s gone too far. He can deny his surgeries all he wants, but the evidence speaks for itself in terms of how much he’s had done to his face. The athlete has had so many surgeries that his skin is as tight as it can get, which has created a distinctly feminine appearance.

So the truth is out; Bruce Jenner is not using plastic surgery in an effort to become woman. He’s simply using it too much and that’s the price one pays. His long hair, manicured nails and new look aren’t screaming transsexual. They’re simply stating that he’s doing whatever it takes to look younger and more youthful. Only it’s not working and he simply looks more like a woman than a man; and not a particularly young one.

If the world didn’t adore Prince Harry enough, he’s given them reason to love him even more. The 29-year-old prince has done something wonderful for sick, injured and wounded vets. He’s created a special paralympic…

I am a sucker for a good celebrity cameo in a movie. There is just something cool about someone very famous showing up for a movie, but only doing a single scene or a walk-by….

Gwyneth Paltrow is not about to let lifestyle maven Martha Stewart have the last word. She’s responded to the convicted felon’s scathing comments about her introduction into the lifestyle world, which were far from kind…. 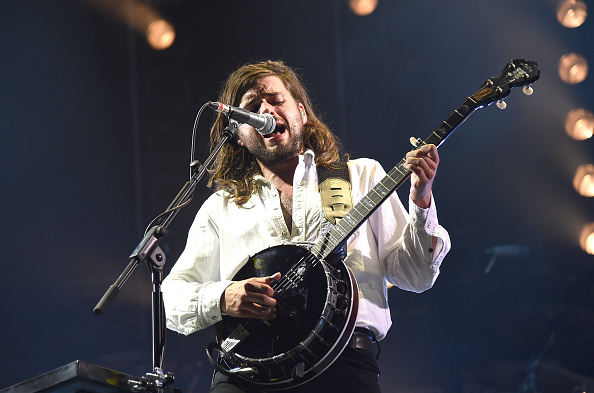 Winston Marshall is best known for his work with the band Mumford & Sons, of which he is a founding member. The group’s name comes from lead vocalist Marcus Mumford, although the other band members… 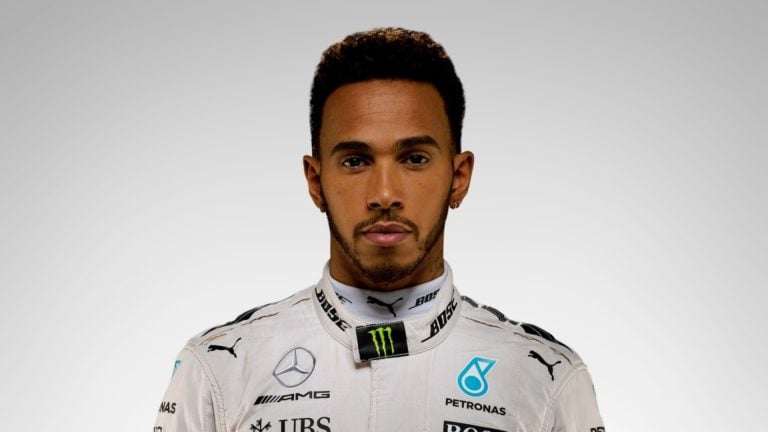 Lewis Hamilton is a British Formula One racing driver who races for the Mercedes AMG Petronas team. Hamilton was born on January 7, 1985 in Stevenage, Hertfordshire and he is often regarded as the best… 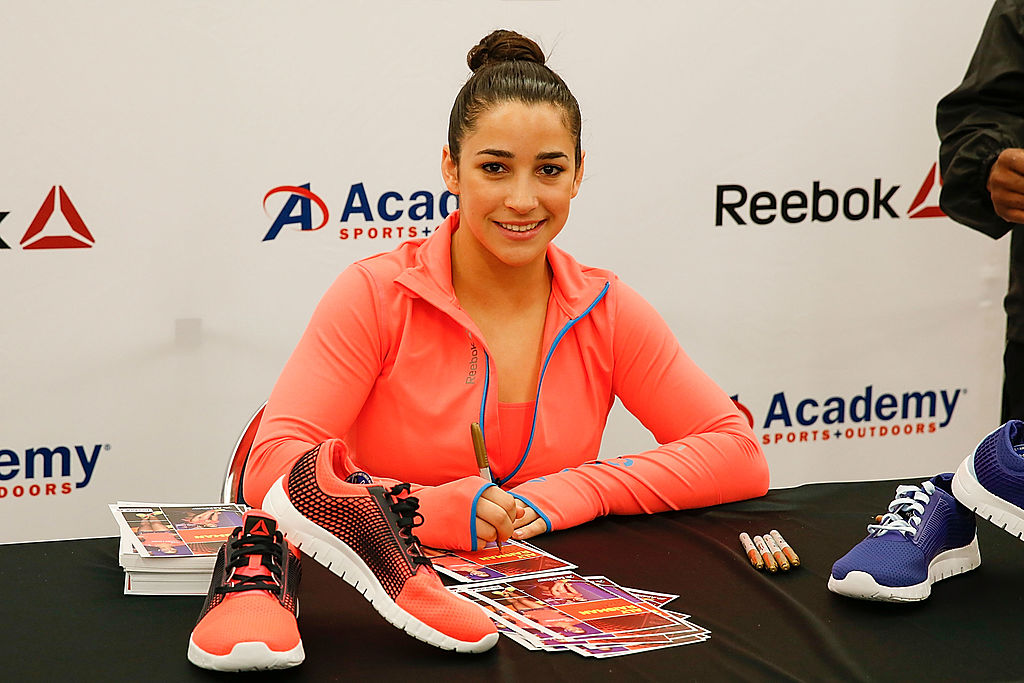 Aly Raisman is an American Olympic gymnast with an estimated net worth of $500 thousand. She was born on May 25, 1994 in Needham, Massachusetts. Her birth name is actually Alexandra Rose Raisman. Her mother…