The Internet and social media have allowed people to connect in ways never before seen. More than ever, people are able to express opinions, ideas, and perspectives to a broad audience without the need for a platform like television or radio. The result of this ability has been largely positive. Great strides have been made in accepting people despite differences.

However, this technology can also be used to put people down. Such was the case recently when the highly popular and successful Playboy model Dani Mathers took a picture of a nude 70-year-old woman in a gym changing room and posted it on Snapchat. This picture, and the mocking caption, have received harsh backlash. Although Mathers has apologized, most people have found it unacceptable to bully a person for their body, especially in a way that invades their privacy.

Mathers has not just been subject to public outrage; she has been charged with invasion of privacy. This high-profile case has caused the model and actress to receive a great deal of attention, although it is probably not the kind of attention she would hope for. However, many people know her only from this controversy. Here are ten facts that will give a better perspective on who Dani Mathers really is.

Although many people know her from her highly successful Playboy career, Mathers has also spent a great deal of time on the small screen. She has had a recurring role on the CBS soap opera The Bold and the Beautiful, playing Danica. This character has had several appearances in the show since 2005.

9. She appeared in some blockbuster films

Although she has not starred in any large productions, Mathers did have some airtime in highly successful movies. She briefly appeared in Neighbors, the Seth Rogen movie that brought in over $270 million. As well, she appeared in Furious 7, a film that brought in a shocking $1.5 billion. While not yet as successful in acting as modeling, Mathers has certainly put together a respectable resume.

The life of a model and actress may seem to be filled with lounging and luxury, but Mathers has stated that she always liked staying active. She has said that one of her favorite sports growing up was volleyball. As well, her looks and athleticism also made her quite good at cheerleading. She even stated that she grew up playing in the mud, a testament to her natural playfulness.

While the recent controversy may be a serious issue when it comes to the future of her career, she has been very successful up to this point. She has amassed a respectable net worth of over $200,000. The bulk of her money has come from her modeling career, although her acting gigs have certainly helped as well. While she does not yet have the millions that star actresses have, she has made quite a bit of money doing what she loves.

Although most people think of tall women with long legs when they think of models, Mathers is a highly successful model who barely tops 5 feet. Standing only 5’1, she is surprisingly petite. Her blonde hair, brown eyes, and fit physique have made her one of the most prominent Playboy models in recent years. Clearly, being tall is not always a necessity when it comes to professional modeling.

Sometimes, finding success in extremely competitive industries like modeling and acting can require an almost nonstop work schedule. However, Mathers has found time to enjoy her favorite recreational activities. She has stated that she loves playing video games like Call of Duty when hanging out with her friends. More surprisingly, perhaps, is her love for recreational shooting. In interviews, she has said that shooting large firearms is a fun way to reduce stress.

4. She participated in a charity campaign

One of the defining trends of 2014 was the ALS Ice Bucket Challenge. This involved individuals or groups taking a video of themselves pouring a bucket of ice water over their heads, and challenging others to do so as well. The purpose of the campaign was to raise funds and awareness for ALS research.

Mathers participated in this campaign with various other Playboy models and Hugh Hefner’s son Cooper Hefner. The campaign was at least partly successful, with news coming out that the funds raised had contributed to the discovery of a gene believed to be instrumental in causing the disease.

3. She had a massive online following

Part of the reason why her body-shaming Snapchat was so horrendous is the sheer number of people that Mathers could reach. While nobody deserves to be mocked for their body, a person who is mocked in front of a massive audience certainly has suffered a great injustice.

Mathers’ social media following prior to the controversy topped 1 million across several platforms. Perhaps most notably, her Instagram followers alone topped 500,000. She has since deleted many of her accounts.

2. Playmate of the Year

Despite appearing on television and in films, Mathers’ career has been centered on her modeling. Not only has she managed to model for one of the most famous and popular publications in the world in Playboy, she has also stood out from other Playboy models.

As a highly popular public figure, the news of Mathers’ condescending and invasive Snapchat spread quickly. Not only has the public backlash been quite intense, there have also been several consequences for her career and personal life.

Mathers has since been removed from several jobs. As well, LA Fitness, the gym in which Mathers took the photo of the woman in the change room shower, has stated that she will no longer be welcome at any of its locations.

Most importantly, however, is the fact that Mathers could face jail time if convicted. She could face up to 6 months of jail time if found guilty of the invasion of privacy charge laid against her.

Dani Mathers has been the subject of much public discussion since the controversy of her invasive and insulting Snapchat. While most people are not aware of who she is and how her career has developed, these may be important things to consider. It is important for everyone to know that regardless of a person’s fame, beauty, and success, shaming people for their bodies is never acceptable. This is especially ridiculous in a gym, where the woman is presumably working to become healthier. Hopefully, Mathers can serve as a warning to others and prevent future bullying in any form.

Grey’s Anatomy fans are angry; and I get it. I’m angry. The show is totally lacking in a major way since  Yang left for a faraway country with the ex that ditched her at the altar…

We may think we all want to be famous actors (or actresses) someday, but the truth is much harder than the fantasy. As much as we imagine the fame and the money and the accolades,… 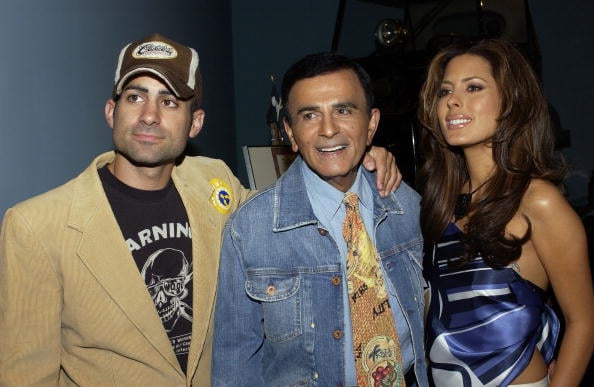 After over a month of reporting on the disappearance and health of Casey Kasem, the legendary broadcaster has passed away at the age of 82. Kasem died on Sunday morning at St. Anthony’s Hospital in…

Louis C. K is the man, and Louie is one of the best shows on TV, hands down. The man himself is about as honest and brilliant as a comedian can get. Think George Carlin…

It must be kind of tough being the son in a superstar family. I know what you all are thinking: what would be tough about being in a rich and famous family who can get… 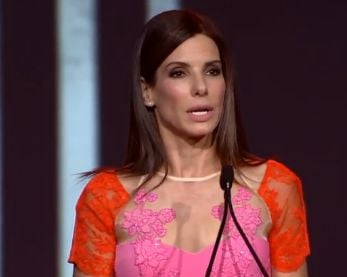 Sandra Bullock was at a loss when she was trying to come up with her acceptance speech for the Palm Springs International Film Festival awards gala. So she decided to turn to Google to learn…