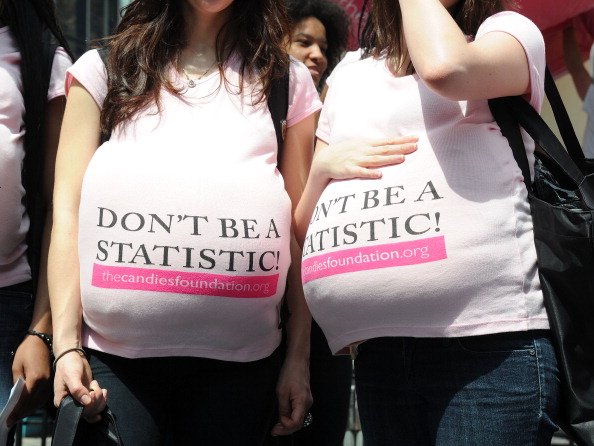 If you look at the alumni of MTV’s show ‘Teen Mom’ and ’16 and Pregnant’ you’d think the show would cause more harm than good. There’s not a day that goes by we don’t see a news headline regarding one of the ‘Teen Mom’ grads and it usually isn’t good.. Farrah Abraham and Jenelle Evans comes to mind. However, the show may be actually serving a positive purpose.

Believe it or not a recent study has shown that MTV’s premature pregnancy shows have actually reduced teen pregnancy by almost 6% in 2010. That’s 20,000 teen pregnancies. A pretty incredible statistic. The study accounted for the fact that those who watched the show might have been at higher risk for pregnancy. The show also boosted social media awareness and contraception research. The final study showed an analysis of Nielsen ratings and birth rate amongst teens. The results were pretty comprehensive.

How interesting? We still find it hard to believe that these shows are having a positive effect on the world but the numbers don’t lie.

Yesterday we reported that a fundraiser was being held to…

Last night Showtime, the network responsible for the show Dexter,…

So much for the “happy family” because the son of…

It might seem that two bachelorettes make more sense than…

Sources say that the rich & famous residents of “The…