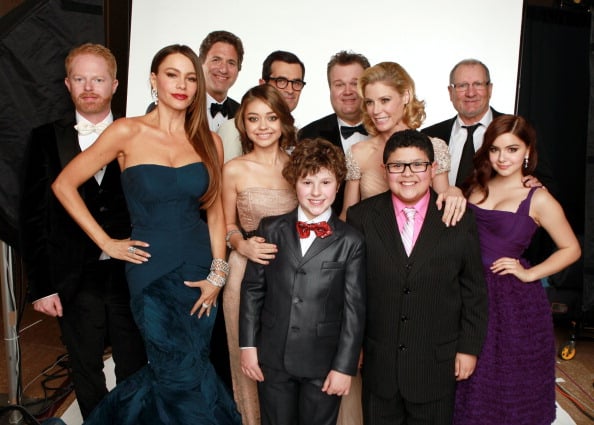 The sexist television show debate is one I’m not quite sure I understand. On one hand, yes, it would be nice to see more strong female characters and more shows that are empowering to women, but on the other hand, it’s really just television. No one was offended when “Clueless” was released – and everyone is celebrating its 20th anniversary this week – and the female lead characters were portrayed as dumb, silly and completely obsessed with things that do not matter. Why? Because it is television and it’s just for entertainment purpose. We don’t get mad when vampires are popular even though most of us are pretty certain that they do not exist (because watching television shows that are entertaining is the goal, right?). It’s my opinion that we need to just take television as it is; entertainment. It’s for fun. It’s not for real, so why do we get so worked up about what we perceive as sexist on certain television shows? That said, these are the 10 shows that people have decided are the most sexist, the worst and the absolute  most ‘atrocious’ in terms of sexism on television (please note that they’re pretty darn entertaining, though).

Well…need we say much more? This is a show that completely objectifies women by making them compete for the love of one man with 24 other women. In general, the entire thing makes women look bad, but it’s so much fun to watch. It’s so entertaining and so amazing, and we don’t care how many of those women are on television looking for a husband with whom she can have some babies. It’s good stuff.

All right, so let’s discuss the fact that this is a show that is clearly set in a time in which sexism was the most prevalent thing on earth. No one thought twice back them about the fact that women were meant to be in the kitchen, wearing clothes that showed off their bodies and not doing anything overly interesting by being people who spend time looking good. So what’s the problem? The characters are true with the times.

It might seem better to have 25 men vying for the heart of one woman, but still. We’re sitting here watching a woman choose a man and yet he is the one that still has to propose to her. Why not let her do the proposing? Because, really, he’s still the one with the power at the end. She might pick someone, but if he doesn’t love her, he’s not asking her to be his wife, and that means it’s pretty much the Bachelor all over again.

It’s hilarious and everyone on the show is super smart, but that doesn’t mean that there isn’t some sexism on the series. Some say that it gets kind of tiring that everyone makes fun of Penny for being stupid and that her looks are all she has going for her. And let’s not even get into the fact that the other female character on the show, while a genius, is made fun of for not being as pretty as other girls. It’s not really that cool when you think it through.

First and foremost, does anyone care what happens on this show and who it might offend? The answer is no; Modern Family is awesome and it rocks. But, it’s been said that the way that Gloria (played by Sofia Vergara) is portrayed is completely sexist and uncool. However, we think her character is strong, funny, witty and very quick. We like that about her. She might be the object of everyone’s fantasies, but she’s not a dimwitted woman without a sense of humor.

This was a show that was on one season a few years ago, and we loved it. I was sad to see it was not renewed for a second season. But I certainly do remember how many people called the show sexist and crazy and not good for the self-esteem or example of today’s young women. Well, I disagree. I thought it was fitting with the time. Pan Am was a huge airline many decades ago, and this is just the way it was. Women dressed up for their flights. They had to be pretty and young and entertaining, and we thought that these characters did a great job portraying that particular era.

Let’s be real here; the women on the show are typically nothing more than gold diggers looking for a man to take care of them so that they do not have to take care of themselves. With the exception of Emily, who is looking to exact revenge on the people who wronged her father. But even she is nothing more than a socialite in her role. And while all the female characters are strong, they’re all a bit sexist in that they have no real careers.

Two and a Half Men

Is there even a remote reason I need to elaborate on this one? It’s just a string of women, one after another, who are not that bright, not the memorable and not that interested in anything other than the sexist things the show portrays. End of discussion.

How I Met your Mother

I was surprised to hear anyone call this show sexist, but okay. Lily has a career as a teacher. Robyn is a news anchor. But then there is Barney and his treatment of women. By himself he makes the show a bit sexist. We are okay with that, however, since he’s hilarious and totally makes the show what it is. We don’t mind a bit.

Again, I don’t get it. This is a show about two girls working together to start a business, but it seems that many people have put the show under fire for the fact that there are some sexist jokes made about women by these women. Okay, I guess that’s just in tune with the “we are offended by everything” mantra of our nation at the moment.

So in case you haven’t noticed, the Sy Fy channel…

Rihanna made headlines last week when she headed to the…

If you look at the alumni of MTV’s show ‘Teen…

Fans of Downton Abbey are excited. The trailer for the…

Contestants on the upcoming season of The Biggest Loser are…

The “Got Talent” shows are pretty insane, and in many…