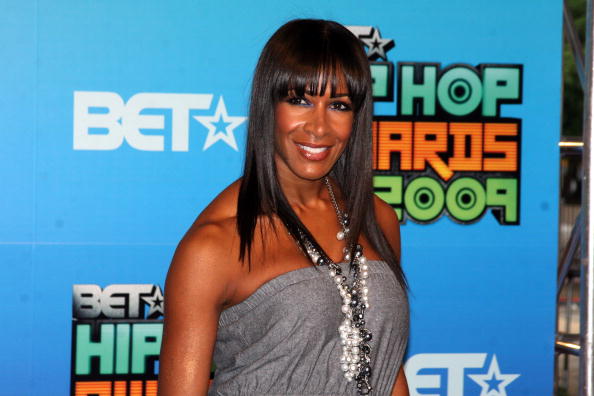 It’s been a while since we’ve seen Sheree Whitfield in Atlanta, but now that the new season of Real Housewives of Atlanta is back and better than ever, we are going to see a lot more of her. Remember when she was on the earlier seasons of the hit reality show, all crazy and building her magnificent Chateau Sheree? The world was clearly devastated when they never got to see the finished product, and the house has been sitting around for five years now. Why? Because Sheree Whitfield was fired from the RHOA, but she’s back and better(?) than ever before. Now the world gets to see what happened with Chateau Sheree, what’s up with her life and how she is doing these days. Do you think that Sheree Whitfield has been out conquering the world since she was last on the show, or do you think she’s still the same old, same old? Read on to find out a few things that you didn’t know about Sheree Whitfield.

Turns out that Sheree Whitfield is not the ‘rich’ housewife she likes to pretend she is. She’s made it her business to pretend she has plenty of money of her own, but it turns out she hasn’t even had a real job in almost a decade – if not more. She had her own clothing line, but it did not work out. She had her own store, but closed the doors years ago. She had a lot going for her, but she decided that she didn’t want to actually work. Interesting; she seems like she’s got it all together (sarcasm, people, sarcasm).

Chateau Sheree is Vacant and Unfinished

Sheree Whitfield went on and on (and on and on) about this mega mansion back when she was a regular on the RHOA, but it’s not finished. It’s been more the five years since we last heard her talking about it, and word is that hit has been foreclosed and it still sits unfinished and waiting on someone to want to come live in it, finish it and make it into something that has got to be better than Sheree Whitfield had in mind for it.

We are actually a little surprised to hear that Sheree Whitfield has a net worth of around $100,000 these days. After all, she’s got more than that in federal tax liens filed against her, and it’s making her a laughingstock in the media. She’s apparently raking in the cash from her ex, who has filed twice for bankruptcy and says he only makes $3455 per month in disability. It seems like she’s got more cash than he, and he’s the successful one.

You might already know this, but Sheree Whitfield gave birth to her first child when she was only 15. It’s not an idea situation in which to be, but she actually stayed in school and made things work for herself, which is impressive. Most people don’t bother with that, and it seems that she’s made it a point to go ahead and do what she had to do for her baby when she was just a teenager.

She Received Backlash for her Store Name

More than a decade ago, Sheree Whitfield had a successful high-end boutique in Atlanta that she named Bella Azul. She loved the name, and she always managed to bring up that it means beautiful blue. However, she began receiving criticism for the fact that Bella is the Italian world for Beautiful and Azul is the Spanish word for Blue. The two don’t go together, and she said she just did not realize that when she was choosing a name for her business. And, really, even I didn’t pay enough attention to notice until it was pointed out to me.

She Says She’s Not been Fired

Sheree Whitfield was a regular on the cast of RHOA in the beginning, but then she was fired. Producers said that she was too much of a diva and she was always asking for more money for her role on the show, so they decided to fire her and not bring her back for the fifth season. She claims, however, that the women on the show are too catty for her and she decided not to come back because of that. The network, however, maintains she was fired for her irritating behavior.

It seems that Bravo doesn’t exactly love Sheree Whitfield because of her diva-like behavior. They claim she’s just rude and out of line, she has nothing to offer and she’s just too much of a pain to work with. However, she is also someone they decided to hire back because the show is missing too much of the drama that it needs to stay relevant and entertaining to the people watching.

She’s Back to Pay her Taxes

People usually take jobs to make money, but it seems Sheree Whitfield took hers back less to make money than to earn some to pay her taxes. Right now almost everything she makes goes toward paying her back taxes, which are estimated to be worth more than $200,000.

She’s Still After her Ex for Money

She’s been divorced for 8 years, and her ex no longer works. He’s paying more than $2,000 per month in child support to the reality star, and she’s always looking for a way to earn more money from him. When he filed for bankruptcy and sold all his possessions, she claimed that of the $171,000 he earned from that, she was entitled to $130,000. Apparently, a judge disagreed and gave her nothing.

She’s not a Fan Favorite

It seems you love her or you hate Sheree Whitfield, but there is very little in-between. She is someone who is not a fan favorite, but people are excited she is back because they want to see what she’s been up to for the past few years. It seems many people are happy to see that she’s struggling after dealing with her diva attitude for so many years in the past.

Let’s be honest, there is constantly some new season of…