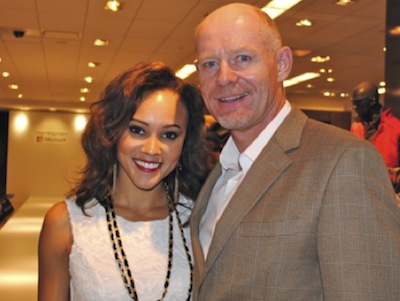 She’s one of the newest housewives around, welcoming herself into our living rooms and our lives from the Potomac, and there is much we don’t yet know about Ashley Darby. The Real Housewives of Potomac is set to premier soon on Sunday nights, giving us all a guilty pleasure double dose of housewives. Since we don’t yet know the ladies of this new show, we thought we’d get to know them a bit starting with Ashley Darby. Why her, you ask? Why not, we answer.

Here are just a few fun facts about Ashley Darby certain to get you excited and ready to tune into Bravo’s newest hit show. Andy Cohen, keep them coming, please! Ashley Darby gets a very unique title coming into this part of Bravo’s world, and we are not sure how the other housewives in other franchises, or even her own, will take to her, her age, her family situation and everything else about her. That only makes things more interesting in our minds.

She’s the Youngest Housewife in History

In the history of real housewives, that is. Ashely Darby is all of 27-years-old, and we get the feeling she’s proud to be a young housewife. She’s not exactly what you might imagine as a housewife at this age, but she manages to fit the mold just fine, and she’s proud of that.

She’s Not Afraid of Hard Work

A housewife, you say? Sounds like someone used to sitting around getting her hair and nails done while being allergic to real work (we know, we know…but that’s the stereotype). Not Ashley Darby; she’s not afraid of a little hard work. In fact, she spent the best part of her life working her butt off to help her single mother keep food on the table and a roof over their heads, working odd jobs, retail jobs, restaurant jobs and any other job she could find so that she could pretty much support her younger siblings.

It was 2011 when Ashley Darby was crowned the title of Miss District of Columbia, and she’s proud of that and what she stands for. As a beauty queen, it is her job to ensure she is able to represent her state (or district) with poise and grace and to have elegance and class. We know that people change overnight, but we suspect she’s a class act in comparison to other housewives. She would not be a beauty queen if she was not.

Her Husband is Older

Ashley Darby wasn’t queen of DC for very long before she met a man by the name of Michael Darby. A handsome Australian real estate developer who was 29 years her senior, she wasn’t too worried about their age difference. She fell in love with her now husband and they wed. The three decade age difference does not mean much at all to her, even though he would have been celebrating his 30th birthday wondering if his future wife had even taken her first steps.

She Met Her Husband When She Was Only 18

To make matters just a little bit more unsettling for those who are not into age differences, Ashley Darby is very open about the fact that she met and began dating her husband when was only 18. The couple dated for 4 years before they got married, making her a 22-year-old wife and mother. They’ve now been married for five years and together almost a decade, which is actually quite impressive for such a young bride and a 3 decade age difference.

She Went to College

We have no idea if Ashley Darby actually graduated from college, but we do know that she went. She attended the University of Maryland, and that is where she was discovered and asked to become a potential contestant in the beauty pageant she won when she was only 18.

Who doesn’t love a bartender? Of all the things that Ashley Darby does on a regular basis, we kind of love that she’s a former bartender. In fact, we bet her friends love this, too, since they can count on her to whip up a few amazing cocktails when they get together to lunch or whatever it is that they do for fun. On that note, I need a former bartender as a friend. That would work well.

Step-kids, that is. Ashley Darby might not play the role of mother very often, and that’s because her step kids are actually her own age. She has one stepchild a year younger than she is and she has another step child who is actually two years older than she is. That’s a pretty interesting turn of events. Her husband might have been taking his children to kindergarten wondering if his future wife was in their class. Actually, that’s really gross.

It turns out that Ashley Darby actually likes to work hard, so she wasn’t happy with the idea of just being a housewife. With that said, she’s decided she’d like to take her love of fresh food and local ingredients and open a restaurant in DC. Her husband made the decision to back her financially, and the two own a DC restaurant by the name of OZ together.

She Wants a Baby

Here is the thing; Ashley Darby is only 27. She’s not yet lived her life, and she would like to have a baby of her own instead of kids who are older than she. However, rumor has it that her husband is not all that interested in getting her pregnant and starting over that point in his life, so we will see how this unfolds. It’s said that this is the biggest part of her storyline on her new reality show, and cameras will follow her around as she works on her husband, asking him for a baby and telling him that she really wants one even though he is not ready to go that route just yet.