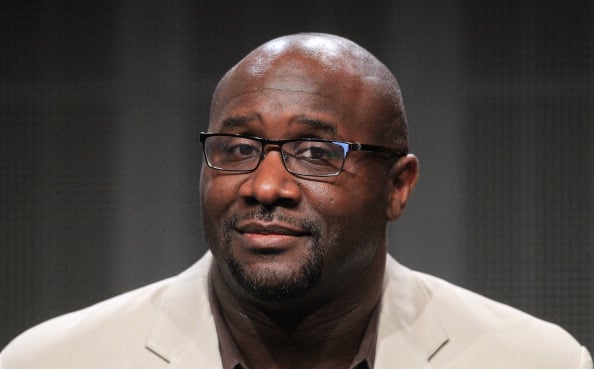 In the entertainment industry, there are some people who enjoy living their lives in front of the camera, while others choose a quite, but equally as important route. Without the people who are working tirelessly outside of the glow of the spotlight, many of your favorite forms of entertainment would not be possible. Roger Bobb may not be a name that you’re familiar with hearing, but he’s been working behind the scenes for years and has built up a pretty impressive resume in part thanks to Tyler Perry. In fact, there’s a good chance you’ve seen something that Roger Bobb has directed and/or produced. But while his career is now currently reaching new heights, he’s definitely not a new comer. He’s been working in Hollywood for nearly 20 years, and has come a long way from his humble beginnings.

Born in London, Roger Bobb was raised in Brooklyn by two Guyanese parents. Although he initially tried his hand at acting, Bobb’s career didn’t begin until 1995 when he was accepted to the Directors Guild of America as an Assistant Director Trainee. After finishing the program, he began working in the New York independent film scene as an assistant director where he quickly made a name for himself.  Over the next several years, Roger Bobb quickly rose through the ranks and became a producer. Early on, he had the opportunity to work with several Hollywood legends including Woody Allen and Mike Nichols.

His first break out job came in 2005 when he worked directly with Tyler Perry on the direction and production of the film, Diary of a Mad Black Woman which also helped solidify Tyler Perry as an up and coming talent in film world after finding years of success on the stage. Roger Bobb’s work with Tyler Perry eventually parlayed into Bobb being named the Executive Vice President of Tyler Perry Studios. During his time working for Tyler Perry studios, Roger Bobb continued to work as a producer for several of Perry’s projects. His resume includes Daddy’s Little Girls, Why Did I Get Married, For Colored Girls, and Madea’s Big Happy Family. He’s also used his talents on the small screen as a producer of Tyler Perry’s House of Payne and Meet The Browns. Every Tyler Perry production Roger Bobb worked on found tremendous success with all of the shows reaching number one and all of the films opening at either number one or two. Meet The Browns is also the second highest rated in the history of basic cable.

Outside of his work with Perry, Roger Bob has also produced two lesser known films, and was the executive producer and director for TVOne’s The Rickey Smiley show which is the highest rated show in the history of the network.

However, after years of working side by side with Perry, Roger Bobb decided to branch out and start a company of his own. Roger Bobb is currently the president and CEO of Bobbcat Films based in Atlanta, GA. Despite not being a well-known name to fans, his hard work has not gone unnoticed among people in the industry. Over the course of his career, Roger Bobb has earned numerous awards, including six NAACP Image Awards. He is also the first and only person to win for Best Picture at the American Black Film Festival (ABFF). Several years ago, he was also voted one of the “Top 40 Executives Under 40” by The Network Journal Magazine.

Now, as one of the most successful producers in the business today, Roger Bobb is showing no signs of slowing down. However, despite his impressive career, he is currently becoming well-known to a different audience. Bobb’s long-term girlfriend, Demetria McKinney is on her way to becoming a reality TV star on one of the most popular shows on the air. Although he has worked to keep his personal life relatively private, he has been thrust into the spotlight in a way that he probably never imagined.

After appearing on the seventh season of Bravo’s hit reality TV series, The Real Housewives of Atlanta, McKinney has made a name for herself, and has also introduced Bobb to a new audience. While the show is meant to focus primarily on the group of women, over the course of the show’s seven seasons, it hasn’t been uncommon for the men to get in the mix as well.

Apparently, Roger Bobb is quite the catch on the Atlanta social scene, and his girlfriend was shocked to find that he had also been dating another woman on the side. However, despite rumors that Roger Bobb and Demetria McKinney were on the brink of calling it quits, the two seem to be together and going strong.

With a strong relationship, and a career that is still on the rise, there’s no doubt that the world will be hearing much more from Roger Bobb over the next few years. His success just goes to prove that sometimes success isn’t always about who spends the most time in the spotlight.

Joe Giudice is a real piece of work, and he’s…