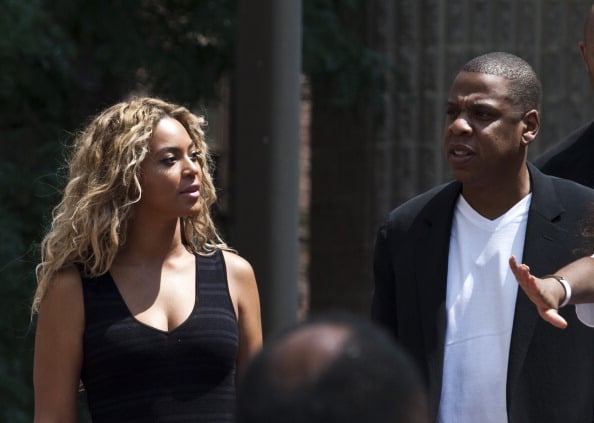 Experts criticized Beyonce for dropping her self-titled album on iTunes last week without any pre-release promotion or fan fare. Well, it appears as if those experts were wrong. Various reports are indicating that ‘Beyonce’ sold over 828,773 copies this past weekend, which is an absolutely massive take especially since the album was an iTunes exclusive in that time period.

Beyonce is smashing records as the fastest-selling album to ever hit iTunes. The album will be the highest-selling ever since Taylor Swift’s ‘Red’ did 1.2 million copies in November 2012. It goes without saying that ‘Beyonce’ will be the artist’s best-selling album eclipsing her chart-topping ‘B-Day’ released in 2006. Her latest album has gone number one in over 100 countries.

Beyonce has stated publicly that she didn’t want to repeat the traditional album promo cycle and this was thought to be a huge mistake by the singer. After the first three hours in which she moved over 80,000 copies – it was soon realized it didn’t make such a big deal. The album is currently available on iTunes for $15.99. Singles of the album will not be available until December 20th.

Ciara announced she is expecting her first baby with super-producer, Future. The power couple got engaged in October, and are apparently doing this whole thing in order. Date, get engaged, and then start a family….

Lindsay Lohan is officially allowed to leave rehab on Wednesday, July 31st.    However, sources say that she’s decided that she wants to stay a little longer.   Lohan is looking for an extra 3-4 days to…

Nick Cannon stopped by to chat with Meredith Vieira on the set of her talk show, and he had a lot to say about the rumors surrounding his personal life. It is no big secret…

It’s been two years since photos of Jason Aldean and American Idol’s Brittany Kerr being a little too close for comfort considering Aldean was married to his high school sweetheart were made public. At first…

When you think of pop stars Beyonce certainly tops the list.  And when you’ve hit “one name” status like Beyonce has (do people even remember the Knowles part?), any birthday is going to be significant. …