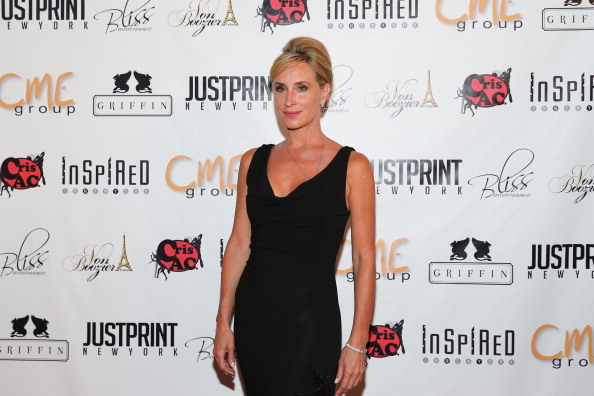 Sonja Morgan is human; she makes mistakes. Unfortunately for her, most of her mistakes are made quite public thanks to the fact that she is a reality television star. As one of the real housewives in the New York City, Sonja Morgan knows that much of what she does is going to be very difficult to hide from the media. However, she’s still only a human and that means she’s going to make mistakes. While you or I might be okay with the fact that we said something negative about someone to our spouse or mother or sister or whatever knowing that if it ever did get back to them it would be a private matter, Sonja Morgan does not have that peace of mind.

With that said, we have rounded up a few of Sonja Morgan’s biggest mistakes and brought them to you, partially for your entertainment and partially because at some point we all have to learn the hard way not to do things or say things; perhaps we can use Sonja Morgan’s mistakes as a lesson unto ourselves that teaches us to watch what we say and always do the right thing.

That Time she Spoke Out About Josh Taekman

We all know that Kristen Takeman’s husband was outed as one of the nasty men that has an Ashley Madison account, and he’s one of the men who denied that he actually used it and said he just had it as a joke. We know this; and we know that almost all the men who claimed to have that account as a ‘joke’ are not laughing since their non-joke was discovered. When Sonja Morgan stated in front of reporters that she was ‘not surprised’ that Josh Taekman had an account with Ashley Madison, she was horrified when it was printed in the papers. Of course, she was talking to reporters when she said it, but she thought it was a private conversation. She has learned a very valuable lesson in this moment; do not say anything if you do not want it repeated. It’s one we could all learn on our own.

Investing in a Bad Business Venture

Sonja Morgan knows that in business, you have to take risks if you want to make money. Unfortunately, she also knows that when you take risks, you have to worry about what you will lose; and she lost it all. She recently had to file for bankruptcy and pay millions of dollars to creditors after she invested almost everything she ever had in a failed film production business. She had to sell several of her homes and her assets to pay off her creditors, and it was a struggle that lasted years. She’s learned her lesson, however, in investing; she is unlikely going to put everything into one location from this point on – a wise piece of advice for all.

That Time She Disrespected the Memory of JFK Jr.

There was a time a long time ago when Sonja Morgan was accused of disrespecting the memory of a man who is no longer here to defend himself. She used to claim that she was good friends with JFK Jr. and that they would party together and hang out. However, it turns out she was quite unaware of the fact the her costar on the RHONY, Carole Radziwill, was actually related to JFK Jr. by marriage. Her late husband was Anthony Radziwill, a Prince in Poland. His mother was Caroline Lee Bouvier, sister of Jackie O. and aunt of JFK Jr., making Anthony Radziwill and JFK Jr. cousins – and since Carole was good friends with JFK Jr.’s wife, she was able to call out this lie of Sonja Morgan. There is a moral to this story; do not lie.

That Time she Body Shamed a Runway Model

Sonja Morgan wants to make it in the fashion industry, and we are not hating on her dreams. In fact, we appreciate the fact that she likes to work hard and she likes to make a name for herself, and that she has very specific ideals for her company. However, we also have to say that the one time she told a model who came into her office looking for a chance to walk the runway that she did not have a ‘defined waist’ and that she did not have a good enough body to be in her clothing, we were a little bit more than put off. She told a model to her face that she’s not thin or pretty enough to model for her. She’s absolutely entitled to her own opinion of course, but we thought that she was over the line with that one. The model was gorgeous and Sonja Morgan could have waited until she left the room to say anything, giving the model the standard, “You’re not what we are looking for,” line and leaving it at that. It’s called tact.

We aren’t saying, necessarily, that she should not date younger men. However, we are saying that Sonja Morgan is a woman of a certain age, and she has a daughter who is in her mid-teens. What this means is that when your boyfriend is only a few years older than your 14-year-old daughter, it’s time to think about what you are doing. Listen; we are not hating. In fact, good for anyone who gets to date who they want, be who they want and enjoy life how they want to. But, for the sake of her very young teen daughter, we think that Sonja Morgan should keep her young men a bit more private and less out there. I know that I would be really, really grossed out and bothered if my parents ever got divorced and began dating someone my own age – or worse, my teenage age. It’s just good nature to respect your kids and work to keep the out of your personal life, so we think that it’s a good idea for her to keep it mum.

According to various media sources, Gretchen Rossi and Alexis Bellino…