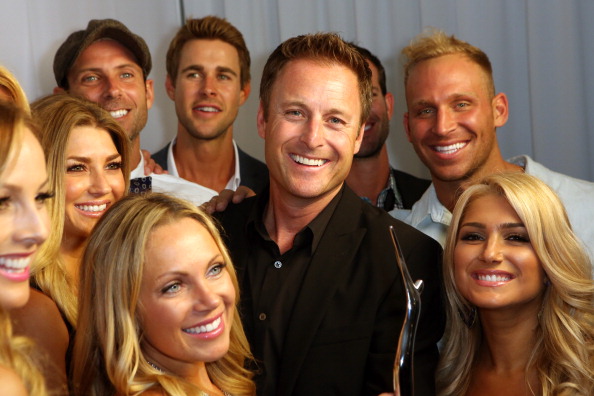 ABC’s reality competition shows The Bachelor and The Bachelorette have been bringing in millions of viewers each season. There’s something about watching strangers compete for ‘love’ that people just can’t seem to get enough of. However, although all of the people who appear on the show hope of leaving with a new romance, sometimes people’s egos and obnoxious personalities get in the way.  Over the years, there have been several contestants who have gone down in Bachelor/Bachelorette history for all the wrong reasons.  These people have often be rude, annoying, and sometimes even downright cruel. Here are the most offensive contestants in Bachelor/Bachelorette history.

Back in 2004, Trish Schneider appeared on a season of The Bachelor fighting for the love of former professional football player Jesse Palmer.  Schneider instantly rubbed viewers the wrong way when she wore a shirt that stated, “Gold Digger — Like a hooker … just smarter.” Well, apparently the word ‘smarter’ is subjective because wearing that shirt wasn’t a smart choice by any means.

Durin her time as a contestant on The Bachelor Megan Bell proved that sometimes beauty and brains is a harder combination to come by than some people think.  When bachelor, Chris Soules, took the group of girls to New Mexico, Bell thought that New Mexico was a foreign country.  Now, of course most people don’t have maps of the world memorized, but come on! After that statement, viewers were done with her.

As a contestant on The Bachelorette, Wes Hayden definitely ruffled more than a few feathers. During an episode, Hayden was accused of not only being on the show for the wrong reasons, but also of having a girlfriend back at home. Of course, that didn’t sit well with anybody, and he was eliminated shortly after – but not before everybody started to hate him and label him the season’s jerk.

Justin Rego is another former Bachelorette contestant who was accused of being on the show for the wrong reasons.  Apparently, while on the show, Rego had not one – but TWO girlfriends back home. In fact, while he was on the show, one of his girlfriends called and exposed the truth about his situation.  Rego only made things worse when he spoke to the press and made himself out to be the victim. Apparently, Rego was hurt that his girlfriend betrayed him (although he had been cheating on her), and blamed the show as well.  According to Rego, ‘I was very disappointed by how low the show has stooped, I was mistaken to think that my exit episode was as low as that show could get.”

Courtney Robertson is one of the most hated contestants in Bachelor history. Robertson even wrote a book on her experience being a reality TV villain.  In the book she revealed several secrets about what it’s like to be on the show, including what went down between her and bachelor, Ben Flajnik when the cameras weren’t around.  Although she was likely hoping that the book would help he stay in the spotlight, all it did was make people find her even more obnoxious.

On Brad Womack’s season of The Bachelor, Michelle Money quickly became the villain.  A lot of people simply weren’t feeling her sarcastic personality and aggressive behavior. However, after leaving the show, Money claimed that she was very surprised that she had been made out to be a villain, and that wasn’t in her nature at all. But the damage had already been done, and Money will forever be considered one of the show’s most memorable villains.

Dave Good is a regular on lists like this.  Widely considered one of the worst Bachelorette contestants ever, Good started off the season as a good guy, but things quickly went downhill.  Good spent most of the season drinking, being obnoxious, and getting on everyone’s nerves.  Even bachelorette, Jillian Harris, didn’t want to be bothered with him, and turned away when Good tried to kiss her.

During her time on the Bachelor Pad, Erica Rose had a pretty rough go.  Having previously appeared on The Bachelor, Rose thought she had it in with not only viewers but producers as well.  However, when she was sent home from the Bachelor Pad, Rose unleashed her inner beast.  Her exit from the show was one of the most dramatic ever, and on top of being upset Michael Stagliano, she had one more bone to pick. Apparently, Rose, who had finished law school right before appearing on another season of the show, put taking the bar exam on hold. She felt like producers tricked her into coming on for the season, and then left her hanging.

Juan Pablo may not have been a contestant, but he was so offensive putting him on this list was a must.  During his time as the bachelor, Galavis became known as ‘the worst bachelor ever.’ Contestants on the show accused Galavis of saying offensive things off camera (which is believable), and he was one of the few bachelor’s not to propose during the final episode.  Since his time on the show, Galavis has continued to be disliked by many, and it doesn’t seem like his reputation will ever recover.

Recently, Bachelorette contestant, Ryan McDill, may have taken the cake as the worst consistent in both Bachelor and Bachelorette history. McDill was kicked off the show after his drunken behavior went more than a little overboard. McDill also made some offensive comments about rape, and then offended people again when he refused to take the comments back.

Apparently the fighting between Nicki Minaj and Mariah Carey isn’t…

Suspect #1 in the Boston Marathon bombing is dead, following…