Talk show host Wendy Williams has been making headlines this week with her comments. The Jay Z/Solange Knowles elevator fight had everyone talking. Williams had this to say, “people have been saying, ‘Why didn’t Beyonce get in the middle?’ In my mind, Beyonce didn’t get in the middle because Solange was probably attacking him over something he knows he was dead wrong about.” A few days later, Williams said she was “done” with Real Housewives of Atlanta‘s Porsha Williams for saying the entire gay population needed to be “saved.” Williams is never afraid to speak her mind and that is why she has been able to have a successful career on television and radio. Here are ten things you may not know about the host of The Wendy Williams Show.

1. She has never sent an email.

Wendy admitted in an interview with US Weekly that she has never used email. She would not even know the first thing she had to do to even check her email account. Not only does she claim to not know how to read an email, she also does not know how to send one. Luckily, Wendy has a personal assistant. That assistant must read and answer every email that comes into Wendy’s inbox. Imagine how many messages that would total in a given day!

2. She was fired as a DJ shortly into her career.

As soon as Wendy finished college, she took a job as a radio disc jockey. She was fired from a radio station in New York for talking more than she needed to. Her producers told her she needed to “shut up,” but she refused to listen.  Because Williams did not do what she was told by those producers, she was able to make a name for herself and has been dubbed the Queen of Radio . She was even inducted into the National Radio Hall of Fame in November of 2009.

Williams admitted to spending all of her 20’s and some of her 30’s addicted to drugs.  Her drug of choice was cocaine. When she decided to get clean, she was able to do so without the need of attending a rehabilitation center. She slowly took less and less of the drug until she was able to ween herself off completely. Williams told her audience in 2012 that she has been clean for over fifteen years.

4. She was kicked out of church.

Williams is not afraid to tell the truth and was kicked out of her church for doing so.  On her radio show, Williams confessed that she saw two members of the congregation having relations in the parking lot of the church.  The leadership of the church asked her to leave and not return after hearing the comments.  Religion is still very important to Williams and she practices her faith in the comfort of her own home.

On on her talk show, Wendy showed her audience the scar from where her sixth finger on her left hand once was. She also joked around that she was upset her parents had it removed because it would have made her, “How you doin'” hand gesture even more exciting. During the segment she also showed pictures of Oprah and Grey’s Anatomy star Ellen Pompeo, who both allegedly have a sixth toe on one foot.

In 2011, Wendy made four appearance on One Life to Live. Her character’s name was Phyllis Rose and she was the host of the fictional show Access Llanview. The topic of the story was the Buchanans, the famous family on the daytime sudser.  Kourtney Kardashian also made an appearance in one of the episodes. The producers of the soap opera loved her talk show so much that they just offered her the guest starring role. Her other acting roles include guest spots on 30 Rock, Law & Order: Special Victims Unit and Drop Dead Diva.

7. She was awkward growing up.

Currently, Williams stands at 5’11”. By the time she was in the seventh grade, Williams already stood at 5’7″ and wore size 11 shoes. As if that wasn’t bad enough, she also wore braces for three years. While in school, Wendy found solace in music. She played the clarinet in her high school band. Additionally, Williams was a girl scout and an active member of the swimming team.

8. She has a college degree in communications

Like her sister who went to Tuft Univeristy, Williams decided to attend college in the city of Boston.  Wendy would study at Northeastern University. She graduated in 1986 with a Bachelor degree in Communication with a minor in Journalism. Williams worked at her college radio station as a disc jockey.

You may be familiar with Williams clothing line Adorn by Wendy Williams that is featured on QVC, but Williams also has her own wig line called Wendy Williams Hair World. Not only does the line boast wigs ranging in price from $25 – $700, customers can purchase weaves, hair products, and carrying cases or mannequin heads for the wigs.

In an interview with US Weekly, Williams admitted that she loves watching court shows. Her three favorites are Judge Judy, Judge Alex, and The People’s Court. Plus, Wendy gets really excited whenever a Matlock marathon is shown on television. If she would not have become a talk show host, she would have loved to become a judge. A judge that appears on television of course!

Do you have any other fun facts about Wendy Williams? Post them in the comments below. 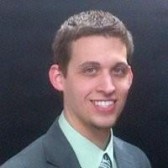 More from this Author

Tim Gerstenberger has had a passion for television and celebrities since an early age. He currently is a contributing writer to TV Overmind where he has reviewed "How I Met Your Mother," "The Mindy Project," and "Bones." When not writing or talking about TV, Tim spends his life working as a Recruiter at one of the top banks of Michigan, where he currently resides.

10 Actors Who Cry All The Time In Movies

Whatever Happened to All the Actors from the Movie Parenthood?

Whatever Happened to The Cast of Beverly Hills 90210?

Where Are They Now? The Cast of One Tree Hill